By CBA & Novantas - The Savings Dilemma: A Study of Consumer Savings Behavior 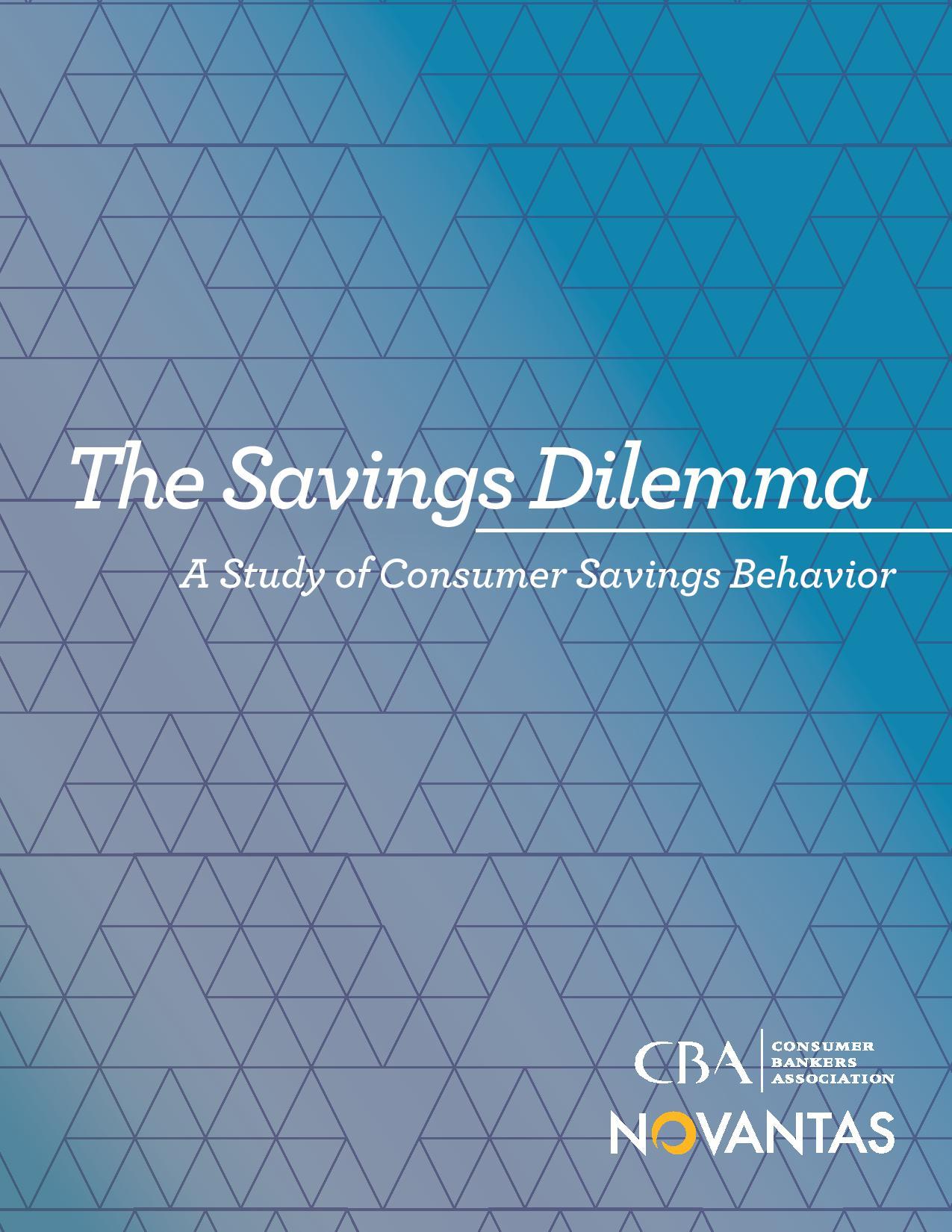 Whether it's putting aside money in a bank account or pumping a percentage of their paycheck into a 401k, Americans save just 6% of their disposable personal income — down from 11% in 1979.1 The government and corporate America have started sounding alarms about this troubling trend. The Federal Reserve highlighted the issue in a 2017 study that found 40% of Americans surveyed said they didn’t have $400 readily available to pay for an emergency expense.2 Citing that figure, the Consumer Financial Protection Bureau recently announced an initiative called “Start Small, Save Up” that aims to promote the importance of savings.3 Meanwhile, a growing number of companies, from Levi Strauss & Co. to Kroger Co., participate in programs that help their employees save.4 Savings aren't only important to individuals, but also the economy and, disproportionately, to banks. Novantas estimates that roughly a third of a bank’s market value depends on the robustness and health of the bank savings balances. Yet for all of its importance, savings behavior — and the needs and attitudes that drive it — has often been ignored by banks.

The full report is available here.