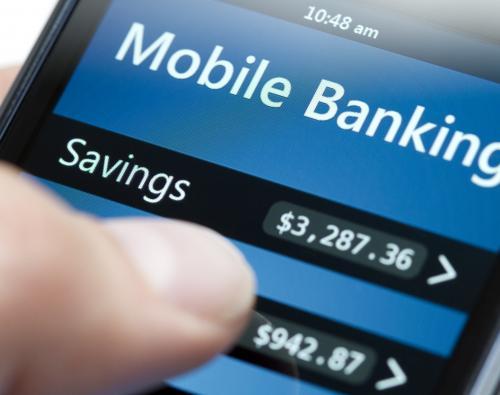 CFPB, FTC Bring Enforcement Action Against Green Tree Servicing
On Wednesday, April 22, 2015, the CFPB and the Federal Trade Commission (FTC) entered into a preliminary consent agreement with Green Tree Servicing. The agencies allege the national mortgage servicer harmed distressed borrowers in violation of the Real Estate Settlement Procedures Act, the Fair Credit Reporting Act, and the Fair Debt Collection Practices Act. Among other allegations, the agencies claim Green Tree Servicing demanded payments from borrowers before providing loss mitigation options; failed to honor in-process loan modifications agreed to by a prior servicer; delayed short sales by being unavailable or slow to respond to borrowers; engaged in harassing or abusive collection practices; and used deceptive practices to charge consumers a convenience fee. The CFPB and FTC are seeking $48 million in restitution for injured consumers, $15 million in civil penalties, and a variety of changes in policies and procedures to prevent any further violations.

CFPB Takes Action Against Military Allotment Processor
On Monday, April 20, 2015, the CFPB announced a consent order with Fort Knox National Company and its subsidiary, Military Assistance Company, for alleged unfair, deceptive, abusive acts or practices violations. According to the consent order, the Kentucky-based Fort Knox - one of the Nation's largest third-party processors of military allotments - would charge a monthly processing fee, but allow excess funds to accumulate in the payment account, often without servicemembers' knowledge. An excess, or "residual," balance might occur when a debt that a servicemember owed was fully paid but the servicemember had not yet stopped the automatic paycheck deductions. Fort Knox would then charge fees on their residual balance.

The CFPB alleges Fort Knox failed to disclose various fees charged against a residual balance and failed to notify servicemembers it had charged fees.

As a result, Fort Knox is required to pay about $3.1 million to the civil monetary fund, produce related documents, and notify its board and executives.

House Subcommittee Examines Regulatory Burdens via Regulator Lenses
The House Financial Services Subcommittee on Financial Institutions and Consumer Credit held a hearing on Thursday, April 23, 2015, entitled: "Examining Regulatory Burdens – Regulator Perspective." Witnesses included representatives from the FDIC, Federal Reserve, OCC, National Credit Union Administration, CFPB, and Texas Department of Banking. The hearing focused on the supervision and examination function of the agencies impact and how they impact community financial institutions, and ways to improve the process. The Subcommittee also examined how regulations limit financial institutions to provide products, and the detrimental effect of regulations on consumer choice and access to credit. Specifically, members asked the regulators how to define a community bank - either by asset thresholds or products offered, the Economic Growth and Regulatory Paperwork Reduction Act review, TILA-RESPA Integrated Disclosure (TRID), and payday loans and deposit advance products.

Subcommittee Chairman Randy Neugebauer (R-TX) stated "Our Main Street financial institutions . . . are disappearing at an average rate of one every single day." He added, "hardworking Americans in communities across the country... face difficulties obtaining mortgage credit and the threat of financial products disappearing." Ranking Subcommittee Member Lacy Clay (D-MO) inquired about whether smaller regulated entities had regulator liaisons and how smaller institutions could engage regulators or express concerns about particular rules and enforcement actions.

Members on both sides of the aisle agreed more should be done to provide community bank regulatory relief to prevent the disappearance and consolidation of smaller institutions. Reps. Scott Tipton (R-CO), Ruben Hinojosa (D-TX), and David Scott (D-GA) asked whether regulators would use a threshold or risk-based calculation to define a community bank. The OCC Deputy Comptroller Toney Bland and FDIC Division Director of Risk Management Supervision Doreen Eberley agreed thresholds are important, but rules should allow for flexibility. Additionally, Chairman Neugebauer and Reps. Mick Mulvaney (R-SC) and Mia Love (R-UT) asked whether there were states not regulating short-term, low-dollar loans expressing concern about duplicative regulation from the CFPB for such products which could limit consumers choice and access to credit. Rep. Brad Sherman (D-CA) asked the CFPB's David Silberman to consider softening governmental penalties or civil lawsuits for TRID after the August 1, 2015, effective date to allow for financial institutions and vendors to correct innocent errors.

Both H.R. 1560 and H.R. 1731 would establish procedures to improve cybersecurity by enhancing the voluntary sharing of information between the private sector and Federal government. H.R. 1731 would specifically designate the National Cybersecurity and Communications Integration Center (NCCIC) at the Department of Homeland Security as the lead civilian portal for voluntary cyber-threat information sharing and would provide liability protections for companies sharing such information with the NCCIC. In contrast, H.R. 1560 does not designate a lead portal, thereby providing liability protections for companies sharing information with any civilian federal agency. Both bills attempt to address privacy concerns by requiring the removal of unnecessary personal information prior to sharing with other entities.

Several amendments were adopted during floor consideration of the two bills, including amendments by Rep. Mick Mulvaney (R-SC) to sunset each bill after 7 years. Stakeholders expressed concern about the amendments, as a sunset could discourage investments in developing new cyber-threat sharing processes.

The Senate is expected to act on its Intelligence Committee's Cybersecurity Information Sharing Act (S. 754) in the next few weeks. An open amendment process, in which amendments on data security and breach notification could be offered, is expected.

House Financial Services Committee Chairman Jeb Hensarling (R-TX) praised the legislation, saying "An agency as powerful as the CFPB will benefit from the advice of small businesses, community banks and credit unions. The CFPB should listen to them so it can issue smart regulations rather than dumb regulations that harm Main Street America," he said.

The legislation had strong bipartisan support before Republicans reached a funding decision. The bill was approved by the House Financial Services Committee by a vote of 53-5 in March, but lost the majority of its support from Democrats when an amendment was added by Republican leadership in the Rules Committee capping the Bureau's funding request to the Federal Reserve in order to pay for the legislation. This drew a veto threat from the White House and was detrimental to Democratic support for its final passage.

"The CFPB itself estimates Chairman Hensarling's poison pill amendment will cut its budget by about $45 million over the next 5 years and by $100 million over the next ten years — capping it at substantially less than the amount that they are currently able to request," said Ranking Committee Member Maxine Waters (D-CA).

House Small Business Committee Holds Hearing on Cybersecurity
On Wednesday, April 22, 2015, the House Small Business Committee held a hearing entitled: "Big Threat: Protecting Small Businesses from Cyber Attacks, "which focused on the challenge small businesses with limited resources have in protecting their systems. In his opening statement, Committee Chairman Steve Chabot (R-OH) stated, "71 percent of cyber attacks occur at businesses with fewer than 100 employees. These are family businesses and small manufacturers with fewer resources to combat security threats, which make them even bigger targets."

Dan Berger, the President and CEO of the National Association of Federal Credit Unions, served as one of the witnesses and explained some of the ongoing challenges financial institutions are facing in the current environment. He underscored the challenges incurred as a result of a data breach such as fraud costs, replacing cards, and account monitoring. He also called for support of strong data security standards such as those in the Data Security Act of 2015 (S. 961).

FDIC Proposes Rule to Enhance Deposit Account Record Keeping
On Tuesday, April 21, 2015, the FDIC announced an Advanced Notice of Proposed Rulemaking (ANPR) which would require 37 of the largest banks to adjust their deposit account systems, ensuring regulators have faster access to insured deposit accounts. The rule, which would affect banks with more than 2 million accounts, seeks to improve record-keeping for these institutions. The banks would also be required to develop a system to calculate the insured and uninsured amounts for each depositor, to ensure the banks can deploy "rapid application" of deposit insurance.

"This ANPR focuses on making timely deposit insurance determinations when an insured bank has a large number of deposit accounts and the FDIC has little time to plan for its failure," FDIC Chairman Martin Gruenberg said. "Timely access to insured deposits is critical to maintaining public confidence in the banking system."

The ANPR seeks input on whether institutions with more than 2 million deposit accounts should be required to meet certain records standards, and to have a greater responsibility in the deposit insurance determination process. The ANPR includes a number of additional topics for consideration such as new data requirements which may benefit a rapid and efficient insurance determination process, and the appropriate threshold for institutions to be subject to potentially new requirements.

The FDIC will accept comments for 90 days after the ANPR is published in the Federal Register.

FDIC Seeks Bank Participants for Youth Savings Pilot
On Monday, April 20, 2015, the FDIC announced phase two of its Youth Savings Pilot, a program designed to foster financial education through the opening of safe, low-cost savings accounts by school-age children. The agency is seeking applications from financial institutions interested in participating in the program.

Nine financial institutions are currently partnering with schools across the country as part of the initial phase of the FDIC's Youth Savings Pilot. Several of the banks oversee in-school bank branches encouraging students to open and manage savings accounts at school. The banks also promote financial education instruction.

"Linking financial education with an opportunity to open a safe, low-cost savings account can help young people better develop good savings habits and promote financial inclusion for students and their families," Chairman Gruenberg said in a press release. "We look forward to learning more about how to build successful youth savings programs during the next school year as the FDIC continues to promote and strengthen such programs."

The agency is seeking institutions to participate in the second phase of the pilot through June 18, 2015. These banks should be interested in expanding existing youth savings programs or developing new programs during the upcoming (2015-2016) school year.

The FDIC also launched a program on Thursday, April 23, 2015, entitled: "Money Smart for Young People," a series of lesson plans for teachers and parents to help teach children about saving and budgeting. The program is designed for young people, pre-K through age 20, to improve decision-making skills.