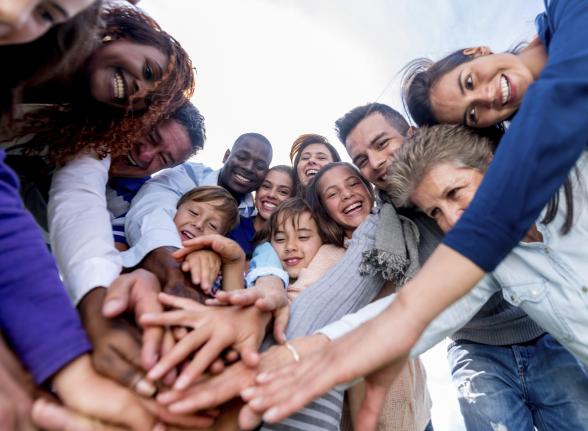 CFPB Releases Overdraft Data Point
On Thursday, July 31, 2014, the CFPB released a long-awaited report entitled: “Data Point: Checking Account Overdraft,” which provided statistics on the usage of overdraft products. The report is not final and does not make express policy recommendations. The CFPB is expected to release more overdraft reports prior to a proposed rulemaking. Key findings from the report include:

In response to the report, CBA’s President and CEO Richard Hunt issued the following statement:

“We believe overdraft protection is a vital banking service voluntarily chosen by consumers to ensure their financial needs are met. Banks offer this optional service to help consumers properly manage their deposit accounts. Studies have shown consumers value and appreciate the ability to cover expenses when they need to, from an institution they trust, without resorting to entities outside the heavily regulated banking system. These debit card services are completely optional, and consumers who freely choose to utilize the service can subsequently opt-out at any time. We strongly urge policymakers to be cautious in their approach to regulating overdraft and to avoid completely eliminating the consumer’s ability to choose.”

“Since we opened our doors, we’ve worked to equip consumers to make informed decisions that will help them reach their personal financial goals,” said CFPB Director Richard Cordray in a press statement. “Your Money, Your Goals opens a new channel for connecting consumers with low-to-moderate incomes to the Bureau’s information, tools, and resources through the people they know and trust.”

CFPB Extends Comment Period for Narrative Proposal
An extension to the comment period on the CFPB’s proposal to include consumer narratives to its complaint portal was announced on the Bureau’s blog on Tuesday, July 29, 2014. The extension expanded the comment period from 30-day to 60-days, with comments now due on
September 22, 2014. On July 31, 2014, CBA, which plans to comment on the proposal, and other trades sent a letter to the Bureau requesting additional time for comments.

CFPB Releases HMDA Proposed Rule
On Thursday, July 24, 2014, the CFPB released its anticipated Home Mortgage Disclosure Act (HMDA)proposed rule. The 573-page proposal includes provisions mandated by the Dodd-Frank Act, as well as amendments created by the CFPB under its discretionary rulemaking authority. The proposed HMDA modifications are divided into four broad categories, as described by the CFPB, including:

CBA is analyzing the proposal and will prepare a comment letter, which is due by October 22, 2014.

CFPB Launches “Everyone has a Story” Webpage
To mark the agency’s third anniversary, CFPB Director Richard Cordray asked consumers to “share their story.” The Bureau also launched a new webpage featuring the stories of six individuals, their financial struggles and eventual resolutions featuring videos of consumers who found resolution to financial challenges through CFPB involvement. According to the consumers, they were harassed by debt collectors or tricked into loans, but the CFPB responded to their concerns.

CFPB Opens Renewed Investigation into Employee Complaints
According to a Wednesday, July 30, 2014, Washington Examiner article, the CFPB recently opened a new investigation in an attempt to exonerate Bureau managers on discrimination allegations and negate a critical employment report issued last spring. The previous independent investigation found CFPB managers created a “toxic workplace environment for its employees.” In attempt to refute these accusations, the CFPB hired Democrat-connected Atlanta law firm Hollowell, Foster and Herring whose self-proclaimed goal is “reducing your agency’s exposure to liability” to employee complaints.

Chairman of the House Financial Services Oversight and Investigations Subcommittee Rep. Patrick McHenry (R-NC) explained, “[t]he bureau’s choice of investigator raises serious questions about whether the CFPB actually seeks to end discriminatory treatment of employees or rather manufacture a report that masks the depth of employee mistreatment.”

HFSC Hearing on CFPB Discrimination
On Wednesday, July 30, 2014, the House Financial Services Oversight and Investigation Subcommittee held a hearing entitled: “Allegations of Discrimination and Retaliation and the CFPB Management Culture,” which included testimony from Director Cordray.

Director Cordray told lawmakers allegations of discrimination and retaliation among Bureau employees were a result of efforts to establish itself following its creation three years ago. He said the Bureau had done many things right, but had not done enough to review the system during the rapid growth of the CFPB.

In light of the allegations, the CFPB took several steps to address discrimination, including revamping the review process, allocating $5 million to affected employees and holding listening sessions with staff. Director Cordray stated, “[w]e are holding ourselves to the same standard of fairness that we expect from the financial institutions we oversee.” While the CFPB has hired outside consulting firms to further investigate discrimination allegations, the Government Accountability Office (GAO) also plans to look into the matter.

CFPB Initiates Military Lender Crackdown
On Tuesday July 29, 2014, the CFPB and 13 State Attorneys General pursued enforcement actionsagainst Rome Finance (collectively Colfax Capital Corporation and Culver Capital, LLC) for allegedly engaging in predatory lending schemes and harmful business practices. According to the Bureau, about 17,000 U.S. servicemembers and other consumers fell victim to artificial price inflation, and broken promises of no money down and instant financing. Further, Rome Finance allegedly withheld information on billing statements and collected on loans which were void.

“Rome Finance’s business model was built on fleecing service members. Today, their long run of picking the pockets of our military has come to an ignominious end,” Director Cordray said in a press statement.

Lawmakers Question Recess Appointments, Validity of CFPB Actions
On Tuesday, July 29, 2014, Senate Banking Committee Ranking Member Mike Crapo (R-ID) and House Financial Services Committee Chairman Jeb Hensarling (R-TX) sent a letter to Director Cordray questioning the validity of the Bureau’s actions in light of the recent Supreme Court decision in National Labor Relations Board (NLRB) v. Canning. In Canning, the Supreme Court unanimously struck down President Barack Obama’s use of the Recess Appointment Clause when appointing the NLRB nominees, which occurred the same day Director Cordray was appointed. The letter asserted Canning could impact the decisions made by Director Cordray before he was confirmed by the Senate earlier this year, and questioned CFPB actions taken during the time of his “unconstitutional recess appointment” and if ratification of past CFPB actions may be invalid. Specifically, the letter requested a full accounting of CFPB actions and related documents resulting from the time period at issue.

GAO Issues Report on CFPB’s Civil Penalty Fund
On Monday, July 28, 2014, the Government Accountability Office (GAO) issued a report on the CFPB’s Civil Penalty Fund outlining how it is administered, and how it compares to civil penalty funds of other agencies. The Bureau deposits civil penalties into the fund to compensate eligible recipients, and allocates funds to financial education initiatives. The GAO found the Bureau used effective controls for monitoring the funds, but “did not document the factors the Fund Administrator considered in determining the allocation of funds for consumer education and financial literacy programs for the first allocation period.” The GAO recommended the Bureau document these factors and the CFPB generally agreed with these recommendations.

FDIC Appoints OMWI Director
On Wednesday, July 30, 2014, the FDIC announced the appointment of Segundo Pereira as an Officer of the Corporation and as Director of the FDIC's Office of Minority and Women Inclusion (OMWI). Pereira joins the FDIC with more than 35 years of combined military and civilian federal service, including extensive expertise in applying and interpreting Equal Employment Opportunity Commission, Merit Systems Protection Board, and diversity-related regulations, as well as leading a professional staff.

FDIC Revises Guidance on Operation Choke Point
On Tuesday, July 29, 2014, the FDIC clarified its previous guidance related to the Department of Justice’s Operation Choke Point, which encourages financial institutions to scrutinize payment processor clients which process payments for certain types of businesses. The agency recanted its past advisement that financial institutions should take caution in forming account relationships with third-party processors and industries such as payday lenders, pornographers, debt consolidators, and other “risky” merchant types. In its published clarification, the FDIC noted the list of examples of merchant categories has led to misunderstandings regarding its supervisory approach to third-party processors, creating the misperception that listed examples of merchant categories were prohibited or discouraged.

“In fact, it is FDIC’s policy that insured institutions that properly manage customer relationships are neither prohibited nor discouraged from providing services to any customer operating in compliance with applicable law,” the FDIC wrote in its clarification. “Accordingly, the FDIC is clarifying its guidance to reinforce this approach, and as part of this clarification, the FDIC is removing the lists of examples of merchant categories from its official guidance and informational article.”

House Considers SAFE Act and DHS Cybersecurity Bill
This week, the House considered the SAFE Act (H.R. 4626), which amends the SAFE Mortgage Licensing Act of 2008 to extend to state and federal financial regulators access to any information provided in the Nationwide Mortgage Licensing System and Registry without losing privilege or confidentiality protections provided by federal and state laws.

The House also considered the National Cybersecurity and Critical Infrastructure Protection Act of 2014 (H.R. 3240), which would amend the 2002 Homeland Security Act to require the Secretary of the Department of Homeland Security (DHS) to conduct cybersecurity activities. In a press statement, DHS Secretary Jeh Johnson stated: “[the bill] codifies this Department's authority to collaborate on cybersecurity with those responsible for the country's critical infrastructure. This will assist the Department in responding to cyber incidents quicker and more effectively."