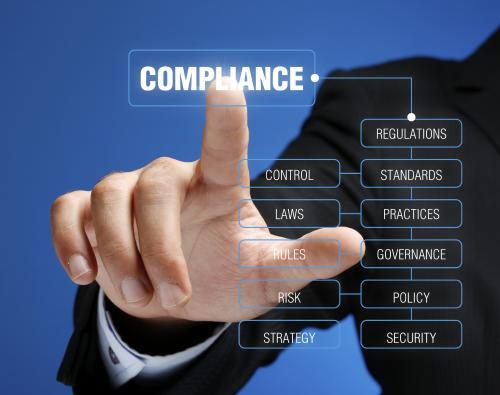 The agencies are requesting injunctive relief, other monetary and equitable relief, and civil money penalties.

CFPB Takes Action Against Springstone Financial
On Wednesday, August 19, 2015, the CFPB announced a consent order with Springstone Financial, LLC regarding its deceptive credit enrollment tactics. Springstone, a wholly-owned subsidiary of Lending Club, offered consumers a deferred-interest loan product through its bank partners at dental offices. Over 9,000 health-care providers were authorized by Springstone to offer the loan product and assist consumers with enrollment. Although these providers were trained and monitored by Springstone, the CFPB alleged some providers mislead consumers into believing the loan product to be no interest rather than deferred interest. As a result, approximately 3,200 consumers may have been affected. In accordance with the consent order, Springstone will pay $700,000 in consumer relief.

Survey Shows Limited Effect of Durbin Amendment on Merchant Costs
The Richmond Federal Reserve Economic Quarterly, released on August 18, 2015, featured a report on the impact of the Durbin Amendment to the Dodd-Frank Act on debit card interchange fees based on a survey of merchants two years after the regulation went into effect.

The Durbin Amendment directed the Federal Reserve (Fed) to regulate debit card interchange fees so they are "reasonable and proportional" to the cost incurred by the issuer for the transaction. Ultimately, the Fed issued a regulation establishing a cap on the debit interchange fees financial institutions with more than $10 billion in assets can charge to merchants. The cap is composed of a base fee of 21 cents per transaction to cover processing costs, a 0.05 percent charge of the transaction value to cover potential fraud losses, and an additional one cent per transaction to cover fraud prevention costs for eligible issuers.

While the cap reduced the average debit interchange fee by almost half from its pre-regulation level, the report found the regulation had limited impact on merchants' costs. According to the report, "in the sample of 420 merchants across 26 sectors, two-thirds reported no change or did not know the change of debit costs post-regulation." Less than 10 percent of merchants noted a decrease of debit costs.

CFPB, FTC File Amicus Brief in Debt Collection Lawsuit
On Thursday, August 13, 2015, the CFPB and Federal Trade Commission (FTC) filed an amicus brief in the U.S. Court of Appeals for the Third Circuit in the case of Bock, Jr. v. Pressler & Pressler, LLP. The Plaintiff brought suit against a debt collection law firm, alleging a violation of the Fair Debt Collection Practices Act's (FDCPA) prohibition on false, deceptive, or misleading debt collection practices. Specifically, the Plaintiff alleged no attorney at the law firm was meaningfully involved before filing a debt collection lawsuit against the Plaintiff. The Plaintiff won summary judgment and the Defendant appealed the decision.

The CFPB and FTC's brief argued in support of the Plaintiff. The agencies stated, "An attorney may not send debt-collection letters under his name unless the attorney has actually been meaningfully involved in deciding to send the letter." This act or practice, the agencies contended, is a misleading debt collection practice. The amicus brief goes on to state the same reasoning is equally applicable to debt collection lawsuits. Prior to filing a debt collection lawsuit, the agencies asserted attorneys must conduct "at least some inquiry into the validity of the debt - simply being told by the client that a debt is overdue generally is not enough."

Mercatus Center Critiques CFPB's Arbitration Study
The Mercatus Center at George Mason University released a critique of the CFPB's March 2015 arbitration study and report to Congress, mandated by the Dodd-Frank Act. Overall, the Mercatus Center concluded the CFPB's findings actually proved arbitration is a favorable process in resolving consumers' disputes because it is faster, cheaper, and oftentimes results in better monetary outcomes for consumers. In contrast, class actions typically take longer and oftentimes result in lesser monetary awards to consumers, with a larger percentage of the settlement or award going to attorneys' fees. Nevertheless, the CFPB's arbitration study still condemned arbitration clauses in consumer credit contracts as a form of dispute resolution. According to the Mercatus critique, the CFPB relied on faulty methodology and inaccurate data to reach its flawed conclusion, with Mercatus advocating to preserve arbitration as a viable form of alternative dispute resolution for consumers.

Enrollment in Student Borrower Income-Driven Repayment Jumps
On Thursday, August 20, 2015, the U.S. Department of Education released its fiscal year third quarter update on federal student loan data. According to the agency's press release, nearly 3.9 million Direct Loan borrowers had enrolled in income-driven repayment plans as of June 30, 2015 – a 56 percent increase from the previous year. The plans generally set payments at 10 or 15 percent of a borrower's discretionary pay. Borrowers who stay current on their bills have their balances forgiven after 10, 20 or 25 years, depending on their plan. The agency also noted a decrease in delinquency rates from 23 percent to 21 percent over the one-year period. Meanwhile, the agency did not acknowledge any increase in taxpayer risk due to the growth or the program.

"We've made it a priority to give Americans better options to manage their student loans and make sure they know about those options," said Education Secretary Arne Duncan. "There's more work to do, we won't stop fighting to help people who are struggling to pay back their student loan debt, but the fact that more and more borrowers are taking advantage of the opportunity to cap their monthly payments is a good sign."