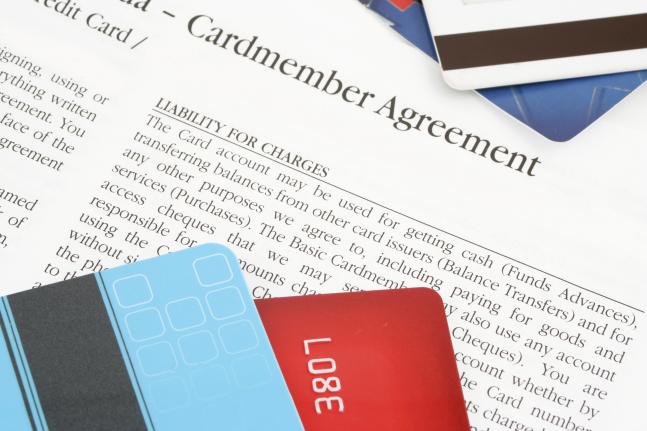 CFPB Highlights Supervisory Issues
On Wednesday, August 21, 2013, the Consumer Financial Protection Bureau (CFPB) issued a press release in connection with Supervisory Highlights for August. Issues cited in the release include bank and nonbank mortgage servicing, detailing problems with account transfers, poor payment processing and servicers’ loss mitigation processes. Most notably, the CFPB cites “deceptive communication to borrowers about the status of loan modification applications,” specifically pointing to some loss mitigation practices. The CFPB also opened investigations for potential enforcement actions for examinations including some of the outlined mortgage servicing issues. The CFPB also urged institutions to monitor outlined areas of concern and provide the Bureau with periodic reports on servicer issues.
CFPB Sues Debt Settlement Firm
On Tuesday, August 20, 2013, the CFPB filed a lawsuit in federal court against a debt settlement firm the Bureau claims illegally charged consumers upfront fees disguised as charges related to bankruptcy work. The lawsuit stems from a civil investigative demand (CID) filed by the Bureau against the firm alleging violations of the Telemarketing Sales Rule. The CID ordered Morgan Drexen, and its attorney Kimberly Pisinski, to produce communications with bankruptcy clients. “The CFPB believes the bankruptcy-related contract is a ruse designed to disguise the illegal upfront fees the company is charging consumers for debt-relief services as bankruptcy-related fees,” the Bureau stated in a press release.
Pisinski and Morgan Drexen filed a joint lawsuit in July 2013 seeking declaratory relief on the grounds that the CFPB doesn't have constitutional authority to regulate legal services provided by an attorney to a client.
CFPB Releases Report Detailing Q3 Expenses for Fiscal Year 2013
On Thursday, August 15, 2013, the CFPB’s Chief Financial Officer released his update for the third quarter of fiscal year 2013. The report provides detailed information on expenses, current number of employees, transfers of funds from the Federal Reserve, and the Civil Penalty Fund. At the end of Q3 FY 2013, or June 30, the Bureau spent just under $308 billion to carry out its authorities.
Fed to Appeal Debit Interchange Ruling
On Wednesday, August 22, 2013, U.S. District Court Judge Richard Leon held a hearing in the matter of NACS v. Board of Governors of the Federal Reserve System. The hearing addressed several questions related to the judge’s ruling on July 31, 2013, vacating the Fed’s regulation on debit interchange which implemented the Durbin Amendment.
At the hearing:

Seth Waxman of WilmerHale, representing the bank trade association amici - including CBA, indicated agreement with both parties on the need for the expedited appeal and for a stay pending appeal to be granted. He argued the district court has no authority to require an interim rule.
Judge Leon stated, for the time being, he is leaning against granting a stay pending appeal. However, he is leaving the current stay in place until he makes his decision about the stay pending appeal. He asked the parties to brief the matter by Wednesday, August 28, 2013, when he will also address the question of the impact should the stay be lifted as well as whether there should be an interim rule.
CBA will continue to update members as this case evolves.
President Obama Meets with Financial Regulators
On Monday, August 19, 2013, financial regulators met with President Obama in the Roosevelt Room of the White House. The meeting included Treasury Secretary Jack Lew, Federal Reserve Chairman Ben Bernanke, Comptroller Thomas Curry, CFPB Director Richard Cordray, SEC Chair Mary Jo White, and others. The group discussed implementation of the Dodd-Frank Act, the housing market, and interagency cooperation through the Financial Stability Oversight Council (FSOC).
In a statement to the press, the White House said, “The president commended the regulators for their work but stressed the need to expeditiously finish implementing the critical remaining portions of Wall Street Reform to ensure we are able to prevent the type of financial harm that led to the Great Recession from ever happening again.”
Federal Reserve Releases Paper on Capital Planning Expectations and Recommendations
On Monday, August 19, 2013, the Board of Governors of the Federal Reserve System issued its paper, entitled Capital Planning at Large Bank Holding Companies: Supervisory Expectations and Range of Current Practice. In it, the Fed details its observations from the past three Comprehensive Capital Analysis and Review (CCAR) exercises and emphasizes the need for bank holding companies to focus on the risks associated with stressful conditions when considering their capital needs.
The Fed stated in its press release, “Large bank holding companies have considerably improved their capital planning processes in recent years, but have more work to do to enhance their practices for assessing the capital they need to withstand stressful economic and financial conditions.”
SBA Announces Acting Administrator
On Tuesday, August 20, 2013, SBA Administer Karen Mills announced that Jeanne Hulit will serve as acting administrator when Mills steps down at the end of August. Currently the Associate Administrator of the SBA's Office of Capital Access, Hulit previously served as the SBA's Regional Administrator for New England.
"For the past four years, Jeanne has been an important leader at the SBA, both in the field and here at headquarters," Mills wrote in a press release. "Jeanne has led the charge to streamline and simplify SBA's loan programs and expand access to our lending programs."
FDIC Announces Meeting Qualified Residential Mortgage (QRM) Proposal
On Wednesday, August 21, 2013, the Federal Deposit Insurance Corporation (FDIC) announced that its Board of Directors will meet in open session to consider several matters including a possible vote on the Qualified Residential Mortgage (QRM) Proposal.
The summary agenda also includes:

The meeting can be viewed online.
Tribes Sue New York City over Payday Loans
On Wednesday, August 21, 2013, a pair of Native American Tribes filed a lawsuit against New York’s state financial regulator. The tribes seek to end the state issued cease-and-desist letters, which asked banks to identify and prevent Automated Clearing House (ACH) payments to online payday lenders operating outside of New York. Tribal leaders are meeting with the White House, CFPB, Justice Department and other federal regulators to prove the cease-and-desist orders have done “irreparable harm” and have damaged their relationships with the financial institutions charged with processing these payments.