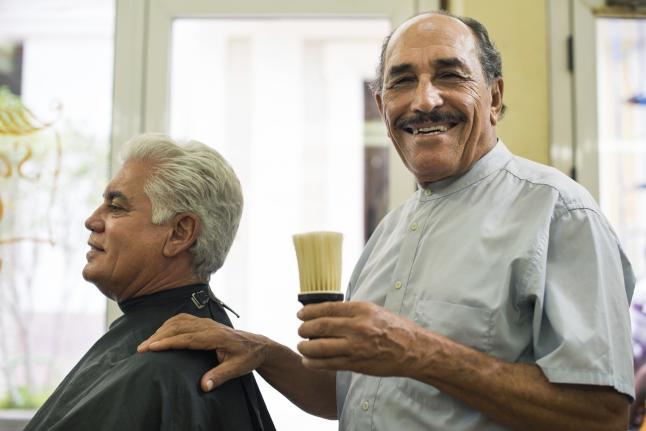 On Tuesday, February 24, 2015, several financial regulators jointly released guidance encouraging youth savings programs and addressed frequently asked questions. Referencing data presented at the Financial Literacy and Education Commission, regulators pointed to school-based youth savings programs as an effective tool in helping students improve their long-term financial and education prospects. The guidance addresses questions such as how old a person must be to open a savings account without a parent or guardian, applicability of the Community Reinvestment Act (CRA), and whether a financial institution must file a branch application when partnering with a school.

CFPB Announces Field Hearing on Arbitration
On Tuesday, February 24, 2015, the CFPB announced it will hold a field hearing on arbitration on Tuesday, March 10, 2015, in Newark, N.J. The hearing will feature remarks from Director Cordray, as well as testimony from consumer groups, industry representatives, and members of the public. CBA expects the CFPB will release the results of its arbitration study in conjunction with the field hearing. Under Section 1028 of the Dodd-Frank Act, the CFPB conducted the study, publishing a request in April 2014 for information about the scope, methodology, and data sources. In December 2013, it published preliminary study results.

CFPB Proposes Temporary Suspension of Credit Card Agreement Posting
On Tuesday, February 24, 2015, the CFPB issued a proposal aimed at improving the way companies submit to the Bureau consumer credit card agreements. The proposal would temporarily suspend a requirement that certain credit card issuers send quarterly their agreements to the Bureau, which publishes them in a public online database. Other requirements, including card issuers' obligations to post these agreements on their own publicly available websites, would remain unaffected. The Bureau is proposing to suspend the requirement for one year.

"Streamlining the process for how credit card companies submit their agreements to us could help save time and reduce burden for both industry and our agency," said Director Cordray in a press statement. "Updating this process should also give consumers and other users access to the data in a faster and more useable form."

Director Cordray Addresses National Association of Attorneys General
On Monday, February 23, 2015, Director Cordray addressed the National Association of Attorneys General, recounting the work of the Bureau and its state partners to protect consumers in a variety of consumer financial markets. Speaking in broad terms about the CFPB's accomplishments and looking to future agency actions, Director Cordray reiterated the Bureau's focus on mitigating the obstacles and hurdles posed by "the four Ds" of deceptive marketing, debt traps, dead ends and discrimination.

The Director indicated the agency will focus on rules for payday loans, prepaid products, debt collections and larger nonbank auto finance companies. In terms of enforcement objectives, he referenced debt relief companies, for-profit colleges, and indirect auto lenders as targets based on the Bureau's supervisory activities. Director Cordray also called on state agencies to utilize the CFPB's consumer complaint portal to support enforcement activities, noting 22 attorneys general and 28 state banking regulators have applied for access to the complaint database through a secure portal.

OCC Withdraws Revised Examiner's Handbook
On Friday, February 20, 2015, the Office of the Comptroller of the Currency (OCC) announced it was withdrawing its revised Comptroller's Handbook on Deposit-Related Consumer Credit, released on Wednesday, February 11, 2015. A notice was posted on the OCC's website indicating the Handbook is being revised and corrected, and an amended version would be issued shortly.

The February 11, 2015 release of the Handbook, as it was written, appeared to require banks to change policies and procedures regarding overdraft protection services. The OCC told CBA it did not intend to make new policy in regard to overdraft; and the language will be corrected.

States Send Letter to FCC Opposing CBA TCPA Petition
Attorney Generals (AGs) from six states sent a letter to the Federal Communications Commission (FCC) on Friday, February 20, 2015, opposing petitions from CBA and another trade association. The petitions requested that the FCC clarify aspects of the Telephone Consumer Protection Act (TCPA). The State AGs, representing Missouri, Indiana, Illinois, New York, Tennessee, and Utah, asked the FCC to rule against the petitions arguing: "any regulatory changes that make it easier for telemarketers to disturb the peace of our constituents should be rejected." It is worth noting the CBA petition explicitly asks for relief for non-telemarketing, informational communications – data breach notifications, fraud alerts – and, therefore would not apply to telemarketers.

FTC Settles Payday Lawsuits
On Monday, February 23, 2015, the Federal Trade Commission (FTC) reported two payday lending companies have settled a lawsuit alleging the companies charged consumers undisclosed and inflated fees. AMG Services, Inc. and MNE Services, Inc., agreed to pay $21 million and waive an additional $285 million in charges which were assessed but not collected. To date, the FTC recovery is the largest in any payday lending case. The Director of the Bureau of Consumer Protection, Jessica Rich, stated: "The settlement requires these companies to turn over millions of dollars that they took from financially-distressed consumers, and waive hundreds of millions in other charges."

President Addresses AARP, Seeks Retirement Savings Protections
In a speech to AARP on Monday, President Barack Obama announced new protections for retirement savings. He directed the U.S. Department of Labor to publish a rule reducing "conflicts of interest" by requiring retirement advisers to comply with a "fiduciary duty" to put the best interests of their customers ahead of their own. While many investment advisers are already subject to a fiduciary duty standard, those handling retirement accounts may recommend "suitable" investments based on the customer's personal circumstances.

"On average, conflicts of interest in retirement advice results in annual losses of one percentage point for affected persons," the president said in his remarks. "It can cut your savings by more than a quarter over the course of 35 years - cut your savings by more than 25 percent. So, instead of $10,000 in savings growing to more than $38,000, it will grow to just over $27,500. That's a big spread. And all told, bad advice that results from conflicts of interest costs middle-class and working families about $17 billion a year - $17 billion every year."

Specifically, the White House is seeking to curb brokers from accepting a back-door payment or hidden fee for certain retirement plans that may or may not be in the client's best interest. President Obama's rule would also limit a broker's ability to steer clients to high-cost, low-return investments.

In the months to come, the Labor Department will issue a notice of proposed rulemaking and allow for a public comment period for Americans to weigh in on the best approach to raise the standard and modernize rules for retirement advice.

FDIC Releases Quarterly Banking Profile for Fourth Quarter of 2014
On Tuesday, February 24, 2015, the FDIC released the Quarterly Banking Profile (QBP) for the fourth quarter of 2014. Signaling continued improvement in the banking industry, the report indicated the majority of banks reported higher operating revenue and improved earnings, loan balances increased, asset quality continued to improve, and the number of banks on the problem list fell to the lowest level in six years.

However, challenges still face the industry, such as decreased earnings year-over-year due to significant litigation expenses and decreased mortgage related income, and heightened interest rate risk as many institutions are reaching for yield. Notably, community banks fared better than the overall industry in the fourth quarter, with earnings, loan growth, and net interest margins outpacing others.

In a prepared statement, FDIC Chairman Martin Gruenberg asserted: "results from the fourth quarter generally were positive for the banking industry, and for community banks in particular."

Fed Chair Yellen Testifies before Financial Services Committees
Federal Reserve (Fed) Chair Janet Yellen testified before the Senate Banking Committee and the House Financial Services Committee this week. In her testimony, she recognized many improvements in the economy, citing higher monthly job gains, a decline in long-term unemployment, and a reduction in quits. She added there is room for improvements, highlighting the low labor force participation rate, slow wage growth, and a lag in home construction. She added that inflation continues to fall below the two percent objective, which is partially a reflection of the drop in oil prices.

Chair Yellen outlined the Fed's continued commitment to maximum employment and price stability. She believes a high degree of accommodation is still needed, as such the federal funds rate target range continues to be 0-0.25 percent. The Fed will remain patient in raising rates for at least the next couple of Federal Open Market Committee (FOMC) meetings. She referenced the Fed's Policy Normalization Principles and Plans, which outlines the tools the Fed will use as it returns to normal policy. These include an increase in federal funds rate, an increase in the interest rate paid on excess reserves, and the use of reverse repurchase agreements.

There was great interest in the hearings from Members of Congress on both sides of the Capitol with questions ranging from her position on legislation to require the Government Accountability Office to conduct a broad audit of the Fed, to questions regarding an investigation into a leak of a 2012 Fed meeting as well as on the role of Fed staff in decision-making. Members were also focused on the one-size-fits-all approach to Systemically Important Financial Institution (SIFI) designations and whether enough has been done to improve the economy. In particular, they were interested in low-to-moderate -income communities, and discussion around the procedure for determining SIFIs.

In response to questions on whether or not further Dodd Frank Act changes are necessary, Chair Yellen said the Fed is not asking Congress to alter Dodd-Frank and believes the law provides regulators with flexibility to tailor rules to improve the safety and soundness of financial institutions.

DOJ, Santander Settle Over Car Repossessions
On Wednesday, February 25, 2015, the U.S. Department of Justice (DOJ) announced it had reached a settlement with Santander Consumer USA over allegations the company had illegally repossessed vehicles belonging to military servicemembers. The settlement covers the improper repossessions of 1,112 vehicles between January 2008 and February 2013. The settlement suggests Santander did not obtain court orders before repossessing the vehicles, which prevented the court from viewing whether the repossession should be delayed due to the borrowers' military service.

"This is a just resolution that will provide service members with financial relief and help repair their bad credit caused by Santander's improper repossessions and fee collections with respect to more than 1,100 cars," said DOJ Acting Associate Attorney General Stuart Delery. "We will continue to vigorously pursue lenders who fail to take the simple steps necessary to determine, before repossessing a car, whether it is owned by a service member," said Acting Assistant Attorney General Vanita Gupta of the DOJ Civil Rights Division.