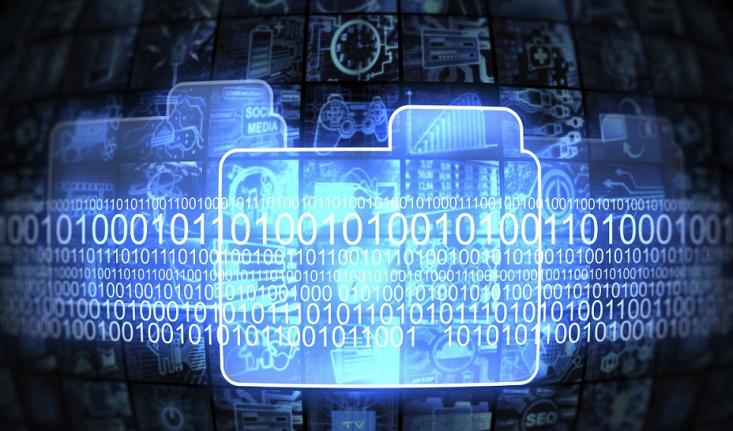 On Monday, December 29, 2014, the CFPB released a report claiming loopholes in the current Military Lending Act (MLA) rules cause servicemembers to incur extra costs. The report asserts loopholes have enabled companies to offer pricey loans to military families by avoiding the 36 percent rate cap and other credit protections specific to the military. This cap includes certain credit costs such as interest, application fees, and charges for credit insurance – a Military APR (MAPR). The rules also bar lenders from assuming account access or a security interest in a vehicle title. In addition, the rules prohibit lenders from requiring servicemembers to submit to arbitration if they become involved in a dispute.

The results of the report were included in a letter from the Bureau to the U.S. Department of Defense (DOD) supporting the Department's proposed broad expansion of the current restrictions under the MLA. "The current rules under the Military Lending Act are akin to sending a soldier into battle with a flak jacket but no helmet. To give our troops full-cover protection, the rules need to be expanded," said CFPB Director Richard Cordray in a press release. "The Department of Defense's proposed revisions will go a long way toward better shielding our military from high-cost credit products."

On Thursday, December 18, 2014, CBA and other trades filed a joint letter in response to the DOD proposal, which recommended:

On Thursday, January 8, 2015, the U.S. Senate approved by a vote of 93 to 4 the Terrorism Risk Insurance Program Reauthorization Act of 2015 (H.R. 26). The bill would reauthorize through 2020 the federal reinsurance risk-sharing program created in 2002 as a result of the 9/11 terrorist attacks. The program was allowed to expire on Wednesday, December 31, 2014 after objections to add-ons to the reauthorization bill prevented its approval in the Senate. The bill's passage on Thursday followed a 31-66 failed vote on an amendment by Sen. Elizabeth Warren (D-MA) to strike a provision in the bill exempting derivative end-users from margin requirements mandated by the Dodd Frank Act. The provision has received large bipartisan support, including a 411-12 vote in the U.S. House of Representatives in 2013. The bill also included a provision requiring at least one member of the Federal Reserve Board have community banking experience. Earlier in the week, the House approved the terrorism risk insurance program reauthorization by a 416-5 vote. President Barack Obama is expected to sign the bill despite his objections to the inclusion of the derivatives provision.

On Thursday, January 8, 2015, Sen. Richard Shelby (R-AL), was named Chairman of the U.S. Senate Committee on Banking, Housing, and Urban Affairs. It was long expected Sen. Shelby would Chair the Committee in the 114th Congress, but his colleagues made it official in a vote when he was confirmed by the Senate Republican Conference. He previously served as Chairman of the Committee from 2003 – 2006.

"It is an honor to lead the Senate Banking Committee in the 114th Congress," said Sen. Shelby said in a statement. "I look forward to working with my colleagues in the House and Senate to implement policies that will foster economic growth."

Four new Republican Members join the Committee this Congress: Sen. Tim Scott (R-SC) who has served in the Senate since being appointed in January of 2013; Sen. Tom Cotton (R-AK), who is new to the Senate, and previously was a Member of the House where he served on the U.S. House Financial Services Committee; Sen. Mike Rounds (R-SD) was elected in November following the retirement of Sen. Tim Johnson (D-SD), former Chairman of the Senate Banking Committee; and Sen. Ben Sasse (R-NE), who is new to Congress and brings financial services experience from his time at Boston Consulting Group.

Subcommittee assignments have not yet been announced.

On Wednesday, January 7, 2015, the House failed to advance, the Promoting Job Creation and Reducing Small Business Burdens Act (H.R. 37), a package of 11 bills to amend the Dodd-Frank Act and the Jumpstart Our Business Startups (JOBS) Act. The package included a delay of provisions in the Volcker rule requiring banks to divest collateralized loan obligations (CLOs), an exemption from margin requirements for the end-users of derivatives, and a simplification of Securities and Exchange Commission reporting requirements for small companies, among other provisions. The vote was 276 to 146; however, the bill required approval of two-thirds of members present due to the use of an expedited process. Opposition was led by House Minority Leader Nancy Pelosi (D-CA) and House Financial Services Ranking Member Maxine Waters (D-CA), primarily over concerns about the Volcker provision. The bill could return to the House floor for a vote under a different rule, which would require only a simple majority for passage. After the failed attempt at passage, the White House expressed its disapproval of the bill. "We are opposed to this legislation and pleased that it did not pass. Had the bill been presented to the president for his signature, he would have vetoed it. The president has been clear about his opposition to legislation that would weaken key consumer protections and provisions of the Dodd-Frank Wall Street Reform Act," said White House spokeswoman Jennifer Friedman.

On Tuesday, January 6, 2015 Speaker of the House John Boehner (R-OH) was reelected to his leadership position for the 114th Congress. 25 members of the House Republican Conference voted against the Speaker, including two members of the House Rules Committee, compared to the 12 Republicans who voted against him in the previous Congress. While his reelection was never in serious jeopardy, the number of votes he received is viewed as a measure of his leadership strength, and represents the largest defection to date.

The repercussions of the vote are still uncertain. Speaker Boehner has already removed two members from their positions on the House Rules Committee, a key body which determines how legislation is considered on the floor of the House. It is unclear if other Members will face similar consequences. Three members of the House Financial Services Committee voted against the Speaker including: Rep. Scott Garrett (R-NJ), Rep. Bill Posey (R-FL), and Rep. Marlin Stutzman (R-IN).

On Tuesday, January 6, 2015, President Obama nominated community banker Allan Landon to fill an empty seat at the Federal Reserve's Board of Governors. Landon, a Partner with private investment fund Community BanCapital, served as Chief Executive Officer of the Bank of Hawaii from 2004 until 2010, and Chief Financial Officer from 2000-2004. He also served as Chief Financial Officer at First American in Tennessee. His nomination preceded recent House and Senate passage of legislation requiring the Board of Governors to include at least one member with experience working in or supervising community banks with less than $10 billion in assets.

On Friday, December 19, 2014, Superintendent of Financial Services of the state of New York Benjamin Lawsky submitted a consent order for court approval to settle the Department's lawsuit against Condor Capital Corporation, Lawsky v. Condor, filed on Wednesday, April 23, 2014. Notably, this is the first settlement using the Dodd-Frank section 1042, which grants state regulators the authority to bring unfair, deceptive or abusive acts or practices (UDAAP) actions. In the consent order, Condor admitted to violations of Dodd-Frank, the New York Banking Law, and the New York Financial Services Law based on the following conduct:

Further, Condor admitted to Truth in Lending and Regulation Z violations based on its practice of calculating its customers' daily interest rate based on a 360-day year rather than 365 (or 366 in a leap year), resulting in customers paying greater than one-eighth of one percent more than the APR disclosed in their loan documents.

Under the settlement, Condor and its sole shareholder, Stephen Baron, agreed to:

On Thursday, December 18, 2014, Rep. Barbara Boxer (D-CA) and 17 of her Democratic colleagues, sent a letter to Julian Castro, Secretary of the U.S. Department of Housing and Urban Development (HUD), requesting the Federal Housing Administration (FHA) reconsider its premium levels, with the intention of making homeownership more affordable. "While preserving the solid footing of the reserve fund is essential, reducing fees does not necessarily conflict with this goal. As any business knows, just as a price that is set too high will lead to less profit, not more, lowering the premium on qualified borrowers may actually produce greater revenue and fully restore the capital ratio more quickly," the lawmakers wrote.

On Wednesday, January 7, 2015, the White House announced it would lower FHA premiums.

The Small Business Administration (SBA) has announced a new credit scoring tool to make the smallest SBA loans easier and cost effective for lenders. The SBA credit scoring tool uses the FICO Small Business Scoring Service (SBSS) product to expedite credit decisions. SBSS automates a major piece of the required credit analysis using a dynamic and predictive applicant scoring system, similar to those used in private industry, which has been tested extensively by the SBA. It is applicable to all 7(a) loans $350,000 or less (excluding SBAExpress and Export Express).

The tool is intended to make the underwriting process for lenders more streamlined and objective, ensuring consistent credit decisions. The automated process will reduce reliance on cash-flow analysis for smaller loans, resulting in faster credit decisions.

SBSS is among several recent improvements SBA has made to help lenders deliver smaller dollar loans to small businesses with greater efficiency and less cost.