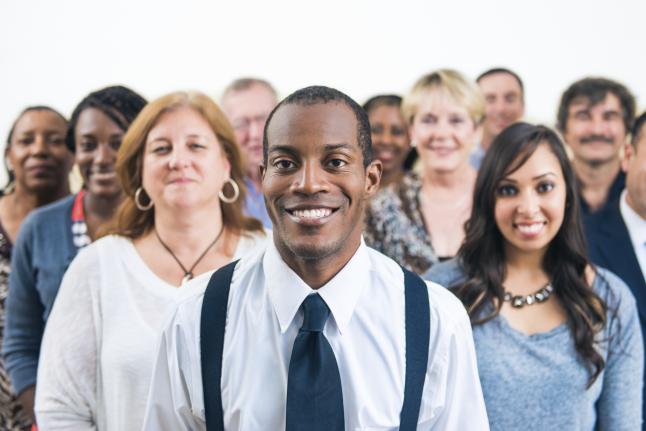 CFPB Orders GE Capital to Pay $225 Million to Consumers
On Thursday, June 19, 2014, the CFPB ordered GE Capital, now known as Synchrony Bank, to pay $225 million to consumers who were “harmed by illegal and discriminatory credit card practices.” The Bureau allocated $56 million to approximately 638,000 consumers who were “subjected to deceptive marketing practices,” and $169 million to roughly 108,000 borrowers “excluded from debt relief offers because of their national origin.” The consent order concludes a joint investigation of the CFPB and the U.S. Department of Justice (DOJ) which began in December 2012 after GE Capital self-reported potential discriminatory credit card practices.

DOJ Explains Choke Point, Expects More Settlements
On Monday, June 23, 2014, the The U.S. Department of Justice (DOJ) posted a video of U.S. Attorney General Eric Holder speaking about why its investigation into certain types of businesses and their banking relationships (Operation Choke Point) is necessary and what the Department hopes to achieve.

“The goal of these investigations is quite simple,” Holder said. “To protect consumers from scam artists and collaborating institutions, in every circumstance and industry...But the fraudsters can’t act alone. In many cases they need access to the banking system to pilfer money from their victims. They frequently use third-party payment processors as intermediaries to route payments through financial institutions.”

Holder also indicated the DOJ expects to resolve more probes of financial firms in the coming months. To date, the DOJ has settled only one probe, with Four Oaks, a small community bank.

In the Senate, Republicans called for an independent investigation of the IRS e-mail scandal, but Secretary Lew was hesitant to provide details on conversations with the White House. He focused mostly on the housing finance system and the reforms necessary to protect taxpayers from another astonishing bailout of the financial industry. The hearing quickly turned to Secretary Lew defending the transparency of the Financial Stability Oversight Council (FSOC), addressing the way the Council runs its agenda and its lack of true veto power. Senate Banking Ranking Member Mike Crapo (R-ID) commissioned the Government Accountability Office (GAO) to study the transparency and process of non-bank FSOC designations. Other areas of conversation in the Senate included community banks, student debt and “too big to fail.”

In the HFSC, Secretary Lew focused on systemic risk and upheld his statements surrounding the FSOC’s activities and other systemically important issues. HFSC Chairman Jeb Hensarling (R-TX) suggested the FSOC should “cease and desist” its operations and pointed to numerous pieces of legislation the committee has passed to suggest changes to the FSOC. Secretary Lew also defended the Export-Import Bank as an important liquidity tool for businesses who need to compete with manufacturers obtaining backing from their home countries. The Secretary later suggested the Committee renew the bank charter or it would otherwise impede the United States’ ability to compete abroad.

FSOC Releases May Meeting Minutes
On Tuesday, June 24, 2014, the Financial Stability Oversight Council (FSOC) released minutes from its May 7, 2014 meeting revealing the Council discussed the 2014 Annual Report and amended the transparency policy. “[Secretary Lew] briefly highlighted housing finance reform as one of the key areas covered in the report, and noted that, despite improvements in the housing market since the depths of the crisis, legislation is needed to achieve fundamental reforms to the housing finance system. [He] also noted that other topics covered in this year’s report include vulnerabilities in the wholesale funding markets, possible incentives for risk-taking by large financial institutions, and the dangers of potential interest rate volatility.” Themes of the 2014 annual report include:

In his opening statement Committee Chairman Ron Wyden (D-OR) noted how the complicated tax code is a barrier to entry for college: “The crazy quilt of tax benefits and aid programs on the books today doesn’t get that job done. And as a result, there are millions of Americans who want to get a college degree, but can’t.” Ranking Member Orrin Hatch (R-UT) discussed the importance of investing in higher education and ensuring the incentive structure provided by the federal government is meeting consumer needs.

Policy discussion ranged from existing to newer ideas which have gained more traction in recent months. Discussions also included the “Bennett hypothesis,” proposed by former U.S. Education Secretary Bill Bennett, which argues institutions of higher education are able to increase tuition prices without regard to elasticity of demand because student loans are made too easily available. The benefits of raising, or even eliminating, the cap for the student loan interest deduction in the tax code was also covered.

Senate Banking Subcommittee Holds Hearing on Student Loan Debt
On Wednesday, June 25, 2014, Senator Jeff Merkley (D-OR), Chairman of the Senate Banking Committee’s Economic Policy Subcommittee, held a hearing to further examine the impacts of student loan debt for recent graduates. The hearing, entitled: “Dreams Deferred: Young Workers and Recent Graduates in the U.S. Economy,” included testimony from two student groups and two think tanks. Discussions included major challenges around access to secondary education and repayment of loans following graduation. When addressing access to college, there was nearly unanimous agreement from the Senators and witnesses on the need to address the rising cost of college education. Participants also agreed on the difficulty of repaying student loans in the current job environment, particularly for those just entering the workforce.

Senate Banking Committee Approves Nominees for HUD Secretary, FHFA OIG
On Wednesday, June 25, 2014, the Senate Banking Committee approved Julián Castro to be Secretary of the U.S. Department of Housing and Urban Development and Laura Wertheimer to be Inspector General for the Federal Housing Finance Agency. Castro, who is Mayor of San Antonio, TX, received a 16-6 vote from the Committee, while Laura Wertheimer was approved by voice vote. Their nominations now move to the full Senate for final confirmation.

OCC Releases Semiannual Risk Perspective for Spring 2014
On Wednesday, June 25, 2014, the OCC released its Semiannual Risk Perspective for Spring 2014. While conditions overall showed improvement in the second half of 2013, the report indicated credit risk is building in supervised national banks and federal savings associations following a period of improving credit quality and problem loan clean-up. Key findings from the report include:

The report presented data in five main areas: the operating environment; the condition and performance of the banking system; key risk issues; elevated risk metrics; and regulatory actions. It focused on issues which pose threats to the safety and soundness of those financial institutions regulated by the OCC and is intended as a resource to the industry, examiners, and the public. The report reflected data as of December 31, 2013.

SCOTUS Invalidates President Obama’s Appointments and Establishes 10-Day Presumption
In a long anticipated opinion issued June 26, 2014, the U.S. Supreme Court unanimously invalidated President Barack Obama’s 2012 National Labor Relation Board (NLRB) recess appointments. The Court held President Obama acted outside the scope of his authority when nominating the three members to the NLRB because the Senate was technically in session during the pro forma sessions held every three days and three days was too short of a time to trigger the president’s recess appointment authority. Instead, the Court established Congress must be in recess for at least 10 days for presidents to have the authority to make recess appointments. Highlights from the opinion include:

“For purposes of the Recess Appointments Clause, the Senate is in session when it says that it is, provided that, under its own rules, it retains the capacity to transact Senate business… Because the Senate was in session during its pro forma sessions, the President made the recess appointments at issue during a 3-day recess. Three days is too short a time to bring a recess within the scope of the Clause, so the President lacked the authority to make those appointments.”

“In light of historical practice, a recess of more than 3 days but less than 10 days is presumptively too short to fall within the Clause. The word ‘presumptively’ leaves open the possibility that a very unusual circumstance could demand the exercise of the recess-appointment power during a shorter break.”