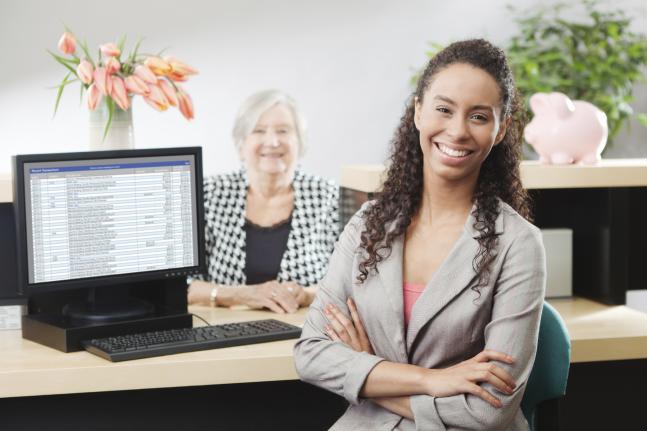 CFPB Holds Field Hearing on Arbitration
On Tuesday, March 10, 2015, the CFPB held a public field hearing in Newark, N.J., to discuss the use of arbitration agreements in consumer financial products and services; Dong Hong, CBA's Vice President and Regulatory Counsel, served as a panelist at the hearing. In conjunction with the field hearing, the CFPB issued its report on mandatory pre-dispute arbitration agreements, as required by section 1028 of the Dodd-Frank Act.

In his opening remarks for the field hearing, CFPB Director Richard Cordray said the study provides evidence that mandatory pre-dispute arbitration harms consumers by limiting access to class actions by consumers; consumers do not have an understanding of arbitration or whether they are in their agreements; and there is no evidence companies without arbitration clauses pass additional costs to consumers.

Following the panel, individuals in the audience were invited to make remarks. Every speaker supported the views of those who opposed arbitration agreements. We expect the CFPB will begin a rulemaking process to restrict or prohibit mandatory pre-dispute arbitration, though the timeframe is unknown.

The report asserts that CFPB supervisory actions in the areas of payday lending, mortgage servicing, and mortgage origination resulted in remediation of $19.4 million to more than 92,000 consumers. While the CFPB noted improvement in many areas, the Bureau highlighted the following issues:

CFPB to Hold Field Hearing on Payday Lending
On Wednesday, March 11, 2015, the CFPB announced it will hold a field hearing on Payday lending on Thursday, March 26, 2015 in Richmond, VA. CBA does not expect a proposed rule will be presented in conjunction with this hearing, as a small business review panel (SBREFA) has not yet been held. The Bureau is likely to announce at the hearing the start of the SBREFA process and may release further data points on the issue.

This event is open to the public and requires an RSVP. The event will also be live streamed form the CFPB's website.

Fed Releases Stress Tests Results
On Wednesday, March 11, 2015, the Federal Reserve (Fed) released the results of the second component of its two-part annual stress tests on large financial institutions. The results of the first portion of the test released on March 5, 2015 found all 31 banks tested have the necessary capital to withstand a sharp economic downturn. The second test measured whether banks have appropriate processes in place for identifying and preparing for risks, and whether conditions warrant increased stock buybacks and dividends.

Overall, the Fed found "U.S. firms have substantially increased their capital since the first round of stress tests led by the Federal Reserve in 2009," but further improvements can be made. Specifically, the Fed approved the capital plans for 28 of the 31 banks tested. The capital plans of Santander and Deutsche Bank plans were rejected, while Bank of America received conditional approval with instructions to resubmit its plan by September 30, 2015. JP Morgan, Goldman, and Morgan Stanley received Fed approval after lowering their buyback and dividend estimates and resubmitting their plans in the past week. According to the Fed, the 31 firms tested represent more than 80 percent of domestic banking assets.

"So we're trying to tackle this problem from every angle," the President said. "But we're trying to make sure that across the board, more and more young people can afford to go to college, and then afterwards, aren't so burdened with debt that you can't do anything else. We want to make this experience more affordable because you're not just investing in yourselves; you're investing in your nation."

The President outlined his proposal for a "Student Aid Bill of Rights," with these principles:

In addition, the President raised the question of studying how a change in the bankruptcy code would affect student loan debt. He suggested this would apply to both federal and private student loans; this is a major shift from previous proposals from Democrats which have only called for discharging private loans more easily. The President would likely need to work with Congress to change the bankruptcy code.

On the same day, Sen. Dick Durbin (D-IL) announced he would introduce a version of the Student Loan Borrower Bill of Rights previously release in the last Congress. This legislation was eventually included in a bill by Sen. Tom Harkin (D-IA), the former Chairman of the Senate Committee on Health, Education, Labor, & Pensions, to reauthorize the Higher Education Act (HEA). Tom Harkin is no longer a member of the Senate, but the bill is seen as a starting point for the ranking member, Patty Murray (D-WA), as she begins working on Higher Education Act reauthorization.

NY AG Reaches Settlement with CRAs
On Monday, March 9, 2015, the Attorney General of the State of New York, Eric Schneiderman, announced a settlement with the three largest credit reporting agencies (CRAs) over how the agencies handle errors and treat medical debt.

Under the agreement, the CRAs will be more proactive in resolving disputes over information contained in their reports. Also, medical debts will not be put on consumers' credit reports until after a 180-day "waiting period" to allow insurance payments to be taken into account. In addition, all medical debts will be removed from a consumer's credit report after the debt is paid by insurance.

The settlement also requires the CRAs to institute several reforms over the next three years, including giving consumers the right to challenge inaccurate information in their credit reports by initiating a dispute.