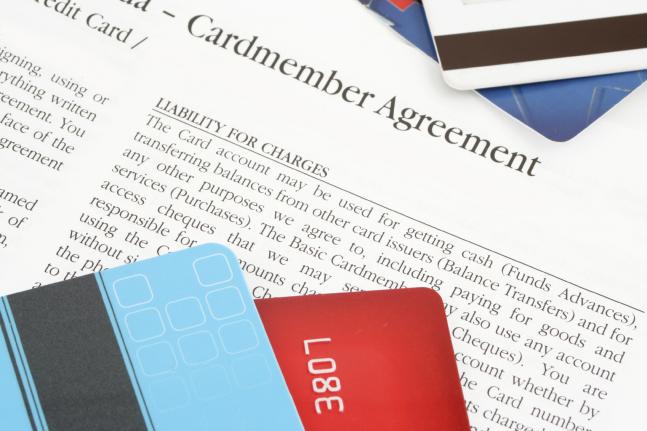 CFPB Finalizes Policy on Consumer Complaint Narratives
On Thursday, March 19, 2015, the CFPB announced it had finalized policy to allow for the inclusion of unverified consumer complaint narratives into its Consumer Complaint Database. With input from its membership, CBA responded to the CFPB requests for public comment on this issue in September of 2014.

In its press release, the Bureau indicated, beginning March 19, 2015, when consumers submit a complaint, "they will now have the option to check a box and opt-in to sharing their narrative." However, the CFPB said it "will not publish any consented-to narrative for at least 90 days after the policy's publication in the Federal Register," in an effort to allow companies to learn more about the process.

According to the Bureau, the policy sets forth important safeguards for a "clear, fair, and transparent process," including:

The Bureau continues to uphold its policy of not verifying the basis and details of consumer complaints in the Database other than the existence of a business relationship. However, on normalization of complaint data, an issue for which CBA has heavily advocated, the Bureau acknowledges normalization would improve the quality of its complaint data and will continue to explore the issue.

The Bureau also announced a request for information (RFI) and public comment on ways to highlight positive experiences with financial institutions.

The CFPB highlighted on its blog the option for consumers to add their complaint narratives within its Consumer Complaint Database.

CBA will provide more information on this issue as it becomes available.

CFPB Announces Biannual Review of Credit Card Market
On Tuesday, March 17, 2015, the CFPB announced a request for information (RFI) and public comment on how the credit card market is functioning and the impact of credit card protections on consumers and issuers. The Credit Card Accountability, Responsibility, and Disclosure Act requires that the CFPB conduct a review of the consumer credit market every two years. The current inquiry will focus on issues including credit card terms, the use of consumer disclosures, credit card debt collection practices, and rewards programs, among others.

"With today's inquiry, the Bureau is seeking to further understand how the credit card market is working in practice and how credit card protections affect consumers and credit card issuers," said Director Cordray. "As we undertake this review, the Bureau wants to ensure it understands the information that consumers, industry, advocates, and other stakeholders believe is most relevant."

Some of the specific areas that the Bureau is requesting information on include:

The CFPB review will culminate in a public report to Congress on the state of the consumer credit card market. Comments on the RFI are due within 60 days after publication in the Federal Register.

Senate, House Release FY2016 Budgets
The House and Senate's Fiscal Year 2016 budgets released this week demonstrate the chambers' desire to achieve a balanced budget within 10 years while also incorporating an expedited process, known as reconciliation, permitting 50-vote thresholds in order to tackle difficult items such as tax reform and Obamacare repeal. Notably, the House's budget would subject the CFPB to the Congressional appropriations process while the Senate's budget would include a provision to allow for future changes to the Dodd-Frank Act. Both budgets would require use of the fair value accounting method on future legislation, which would provide a more accurate representation of the costs of adjustments to federal student loan programs.

House Subcommittee Debates Draft Cyber Bill
The House Subcommittee on Energy and Commerce Vice Chair Marsha Blackburn (R-TN), and Rep. Peter Welch (D-VT) released a discussion draft of the Data Security and Breach Notification Act of 2015. In response to the draft bill, CBA joined other financial services trades in sending a letter to the Energy and Commerce Subcommittee on Commerce, Manufacturing, and Trade in advance of its legislative hearing on the draft bill. The letter identified the bill's definition of a covered entity does not provide a complete exclusion for those already covered by the Gramm-Leach-Bliley Act (GLBA). In addition, the letter addresses the scope of the preemption provision, the strength of the "reasonable security measures" standard, the need to notify consumers of the origin of a breach, and the importance of liability for the costs of a breach.

During Wednesday's hearing, Subcommittee Chairman Michael Burgess (R-TX) and the sponsors of the bill commended the Subcommittee on its bipartisan approach to this draft legislation. There was also discussion on the bill's data security standard, with some witnesses recommending a technology-neutral process approach in which businesses designate an individual to be directly responsible for the data security program consistent with the GLBA approach. Mallory Duncan of the National Retail Federation testified on the importance of breach notification and federal preemption, but warned a security standard must be comprehensible and actionable. Specifically, he noted that because of the "amorphous" data security standard, retailers should not be subject to immediate enforcement actions. Further, he expressed concern that the bill draft does not subject all industries to its notification standard.

During the hearing a number of issues were covered from the CFPB's remittance rule, qualified mortgage/ability to repay rules, Basel III capital standards, Home Mortgage Disclosure Act, data security, GLBA annual privacy notice disclosures, and even the value of FDIC insurance. There also was continued discussion about how to define "community bank" and whether this should be based on asset size or lending model. One witness suggested the best way to provide a diverse, balanced, and deliberative approach to the rulemaking process would be to create a bipartisan five-member commission at the CFPB.

In his opening statement, Committee Chairman Jeb Hensarling (R-TX) stated: "I may not be a fan of Dodd-Frank, but even I can find some good in it." He went on to say that the committee would mark-up any legitimate, bipartisan bill that makes an effort to provide regulatory relief to community financial institutions. A mark-up slated for next week is expected to be announced soon.

Senate Committee Addresses Regional Bank Regulatory Relief
On Thursday, March 19, 2015, the Senate Banking held a hearing, "Examining the Regulatory Regime for Regional Banks," and heard testimony from Federal Reserve Governor Daniel Tarullo, Comptroller of the Currency Tom Curry, and FDIC Chairman Martin Gruenberg. Throughout the hearing witnesses were questioned about the criteria that should be used for making systemically important financial institution (SIFI) designations: size, interconnectivity, complexity, and business lines were all factors. Senate Banking Committee Chairman Richard Shelby (R-AL) noted many regional banks are subject to enhanced prudential standards even though they played no role in the financial crisis. Most of the debate focused on whether it would be appropriate to increase the $50 billion asset threshold for SIFI designations.

"Unfortunately, these banks have been placed in a regulatory framework designed for large institutions because of an arbitrary asset threshold established by the Dodd-Frank Wall Street Reform and Consumer Protection Act," said Chairman Shelby in his opening statement. In his opening statement, Ranking Member Sherrod Brown (D-OH) noted the term "Too Big to Fail" actually originated from the failure of Continental Illinois, which was a $40 billion institution when it failed in 1984.

Ranking Member Brown generally agreed regional banks should not be subject to the same prudential standards as the nation's largest banks, but also noted examples of banks under $100 billion in assets that failed due to excessive risk. All three regulators testified that banks which are not systemically important should not be regulated as such, but were more careful about their responses in raising the SIFI designation threshold above $50 billion. Regulators emphasized the need to maintain flexibility and noted, while asset size is often a starting point for determining risk, there are a number of other important factors.