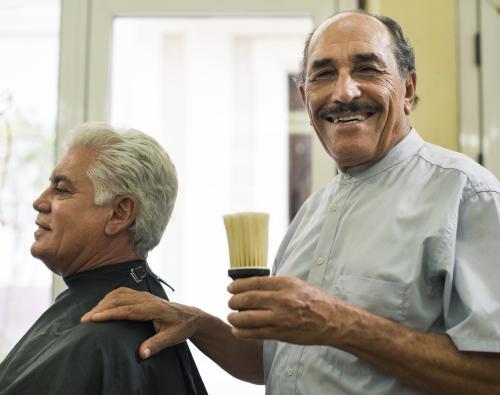 CFPB Announces Webinar on TRID Rule
On Thursday, April 30, 2015, the CFPB announced it will hold a 60-minute webinar on Tuesday, May 26, 2015 at 2 p.m. EDT to answer frequently asked questions about the TILA/RESPA Integrated Disclosure rule (TRID). The webinar will be hosted by the Federal Reserve. Those interested may register here.

CFPB Takes Action on Mortgage Kickbacks
On Wednesday, April 29, 2015, the CFPB and the Maryland Attorney General took action against the participants in an alleged mortgage-kickback scheme. In a complaint filed in federal court, the CFPB and Maryland allege the Maryland-based title company's executives and named loan officers traded cash and marketing services in exchange for mortgage referrals. Under proposed consent orders, five of the six defendants would be banned from the mortgage industry and required to pay a total of $662,500 in redress and penalties. The CFPB and Maryland allege the schemes violated the Real Estate Settlement Procedures Act, which prohibits giving a "fee, kickback, or thing of value" in exchange for a referral of business related to a real estate settlement service.

"Paying kickbacks for mortgage referrals is illegal, and it has been illegal for decades," said CFPB Director Richard Cordray in a press release. "Secret and unlawful payments keep consumers in the dark and put honest businesses at a disadvantage, and the Consumer Bureau will continue to take action against them."

CFPB Announces Field Hearing on Student Debt
The Bureau announced it will hold a field hearing about student debt at 10 a.m. CDT on Thursday, May 14, 2015 in Milwaukee. The hearing will feature remarks from Director Richard Cordray, as well as testimony from consumer groups, industry representatives, and members of the public. The event is open to the public, but RSVP is required to attend.

The hearing will likely coincide with the release of the Student Loan Ombudsman report on the private student loan industry.

CFPB Enforcement Action on Overdraft
The CFPB took action against Regions Bank on Wednesday, April 29, 2015, for allegedly charging overdraft fees to consumers who had not opted-in for overdraft coverage. The Bureau also claims the bank charged overdraft and non-sufficient funds fees on its deposit advance product despite claims it would not.

"Today the CFPB is taking its first enforcement action under the rules that protect consumers against illegal overdraft fees by their banks," said Director Cordray. "Regions Bank failed to ask consumers if they wanted overdraft service before charging them fees."

"After discovering that a small subset of customers had been charged fees in error, we reported it to the CFPB and began refunding the fees,. Regions said in a statement.We believe the vast majority of the refunds have been completed and we have made changes to our internal systems to resolve these matters."

The CFPB also issued a consumer advisory on overdraft issues, advising consumers on their options regarding overdraft protection.

CFPB Releases Military Complaints Report
On Monday, April 27, 2015, the CFPB released its third snapshot of Complaints Received from Servicemembers, Veterans and their families. The report details data and trends from consumer complaints submitted by members of the military community since July 2011.

According to the report, debt collection complaints continued to rise, representing 39 percent of total complaints - the largest category of complaints from the military community. Seventy-two percent of these complaints were about incorrect information on credit reports, while 49 percent dealt with lender or servicer issues.

The report also highlights CFPB outreach efforts to the military community, as well as enforcement actions.

CFPB Released Fair Lending Report
In a Tuesday, April 28, 2015 blog post, the CFPB released its third annual Fair Lending Report. In it, the CFPB states that its "fair lending supervisory and public enforcement actions directed institutions to provide approximately $224 million in remediation to about 303,000 consumers."

Neugebauer, Carney to Introduce Bill to Improve Data Security
Today, May 1, 2015, Chairman of the Subcommittee on Financial Institutions and Consumer Credit Randy Neugebauer (R-TX), and Rep. John Carney (D-DE) introduced their Data Security Act of 2015. The legislation is nearly identical to S. 961, introduced on April 15, 2015, by Sens. Roy Blunt (R-MO) and Tom Carper (D-DE), and supported by CBA.

The bill would establish a national data security standard across industries to better safeguard consumers' sensitive personal and financial information. The standard is modeled after internal safeguards and processes established by financial institutions under the Gramm-Leach-Bliley Act. "One of the things we want to do is make sure the whole system is on alert, because quite honestly the system is only as secure as the weakest link," Chairman Neugebauer told a gathering of community bankers on Wednesday.

Additionally, the bill would create a uniform federal standard pre-empting a patchwork of 47 inconsistent state breach notification laws. It also would allow banks to notify their customers of a breach's origin so they may take proper precautions to safeguard their financial information.

The legislation was referred to the House Financial Services Committee and serves as a counterbalance to data breach legislation marked up by the House Energy and Commerce Committee in mid-April of 2015.

Fed Closes FOMC Meeting
On Wednesday, April 29, 2015, the Federal Reserve Board closed its meeting of the Federal Open Market Committee (FOMC). The Fed followed the meeting with a statement indicating the economy slowed during the winter months as a result of "transitory factors."

The Fed said it "anticipates that it will be appropriate to raise the target range for the federal funds rate when it has seen further improvement in the labor market and is reasonably confident that inflation will move back to its two percent objective over the medium term."

SCOTUS to Consider whether Suits Require Plantiff Harm
On Monday, April 27, 2015, the U.S. Supreme Court granted a writ of certiorari in Spokeo v. Roberts, effectively agreeing to consider the case next term. This case has potential broad implications for numerous statutes that allow for statutory damages, including the Truth in Lending Act, Fair Debt Collection Practices Act, and Telephone Consumer Protection Act. By hearing the case, the Court will consider whether a plaintiff has standing to bring a lawsuit absent concrete harm. In Spokeo, the plaintiff alleges the Spokeo credit reporting agency violated the Fair Credit Reporting Act by producing inaccurate information in search results associated with his name. However, the Plaintiff did not allege any actual injury.

The district court, holding the plaintiff did not allege an injury, dismissed the complaint. The Ninth Circuit Court of Appeals subsequently reversed, concluding the plaintiff had standing because his allegation that Spokeo violated his statutory rights satisfied the injury requirement.

Previously, the Supreme Court agreed to address the issue in First American Financial Corp. v. Edwards, but the decision to hear the case was dismissed as "improvidently granted."

Congress Requests Relief for Corinthian Student Loans
On Monday, April 27, 2015, Members of Congress, led by Sen. Elizabeth Warren (D-MA), sent a letter to the U.S. Department of Education Secretary Arne Duncan seeking information about borrowers' rights for students who attended Corinthian Colleges with financing from federal student loans. Under an agreement with the Education Department in 2014, Corinthian closed or sold 97 campuses and forgave much of the private student loan debt issued under its Genesis Loan program. The letter seeks additional information on the "defense of repayment" clause in federal student loans which some have interpreted as allowing for loan forgiveness.