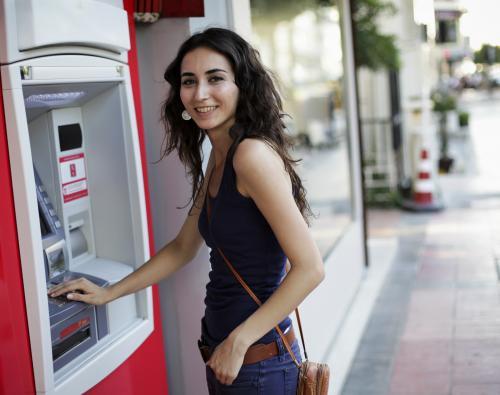 CFPB, DOJ Target Discretionary Broker Fees
On Thursday, May 28, 2015, the CFPB, in conjunction with the DOJ, announced the agencies filed a lawsuit in California against Provident Funding Associates for allegedly charging higher broker fees on mortgage loans to African-American and Hispanic borrowers. In addition to the complaint, the agencies filed a proposed order which would require Provident to pay $9 million to affected borrowers.

The complaint is challenging the fees paid to Provident’s brokers, which were made up of payments by Provident from increased interest revenue and through the direct fees paid by the borrower. The agencies allege Provident’s discretionary broker compensation policies contributed to varying broker fees, resulting in unlawful discrimination against approximately 14,000 African-American and Hispanic borrowers.

CFPB and FDIC Release Money Smart Guide to Educate Dependents
On Thursday, May 28, 2015, the CFPB announced it would publish "Money Smart" guides for parents and caregivers to help improve the financial literacy of their dependents. The workbooks feature conversation starters, key words to know, activities for parents and kids, and lists of books, articles, online resources, games, and apps. These resources were developed in collaboration with the FDIC Money Smart program.

CFPB Releases Rulemaking Agenda for Spring 2015
On Friday, May 22, 2015 the CFPB released its updated rulemaking agenda. Several items were officially pushed back again, including the Bureau's efforts on debt collection and overdraft rulemakings.

On debt collection, the CFPB anticipates next steps, a small business review panel (SBREFA), to occur in December 2015. Next steps in the overdraft rulemaking process, also SBREFA, have been officially delayed until October of 2015; however, CBA believes we will not see actual proposals on either of these items until early 2016. The arbitration rulemaking process is now expected in September 2015. The CFPB's small-dollar, short-term proposal, which recently entered the SBREFA process, is expected to move into a formal proposal stage in late 2015.

The CFPB is not bound by any of these dates – as evidenced by their continued adjustments. We do not believe the Bureau will issue anything sooner than forecasted so this timeline likely reflects the earliest possible dates. CBA remains focused on these and other issues and will update our membership of any progress in the rulemaking process.

CFPB Gets Bipartisan Requests for TRID Grace Period
Nearly 300 Senators and Members of Congress, led by Senators Tim Scott (R-SC) and Joe Donnelly (R-IN), and Reps. Andy Barr (R-KY) and Carolyn Maloney (D-NY), sent letters requesting the CFPB provide a grace period to comply with the Bureau’s TILA-RESPA Integrated Disclosure (TRID) deadline scheduled for August 1, 2015. CBA President and CEO Richard Hunt commended the group stating, “We are pleased Congress responded to concerns raised by consumers and banks involved in the mortgage finance process who repeatedly have requested a hold harmless period in the transition to these new rules. We urge the Director to work with us to ensure consumers do not suffer the consequences of an arbitrary deadline set in Washington.”

The Senate letter stated, “Many real estate agents, lenders, and others who help our constituents buy or refinance homes are concerned about implementation of the new TRID disclosure forms, with no grace period, during the peak home buying season. The new forms will require updates to the software that facilitates mortgage transactions. As lenders work diligently to ensure a smooth transition to the new forms, there will be an adjustment period. As such, we urge the CFPB to implement a grace period covering lenders who demonstrate a good faith effort to comply with TRID from August 1, 2015 through December 31, 2015.”

House members also asked for a grace period through the end of 2015, stating, “Even with significant advance notice, understanding how to implement and comply with this regulation will only become clear when the industry gains experience using those new forms and processes in real-life situations. As the TRID regulation does not provide lenders an opportunity to start using the new disclosure form prior to the August 1st implementation date, market participants will not be able to test their systems and procedures ahead of time, which increases the risk of unanticipated disruptions on August 1st.”

Department of Education Releases Cash Management Proposal
On Monday, May 18, 2015, the U.S. Department of Education officially issued proposed revisions to its Title IV Higher Education Act (HEA) cash management rules including significant new restrictions on financial products used to disburse credit balance funds to students. Comments on the proposal are due on or before July 2, 2015.

The draft regulation defines two types of arrangements between colleges and financial institutions, and outlines how the arrangements work, including requiring access to no-fee ATMs for withdrawal of funds that could include Title IV aid. The regulations will “require institutions that have T1 or T2 arrangements to establish a student choice process which would: prohibit an institution from requiring students or parents to open an account into which their credit balances must be deposited; require an institution to provide a list of account options from which a student may choose to receive credit balance funds, where each option is presented in a neutral manner and the student’s preexisting bank account is listed as the first, most prominent, and default option; and ensure electronic payments made to a student’s preexisting account are as timely as, and no more onerous, as payments deposited to an account made available pursuant to a T1 or T2 arrangement.”

CBA’s President and CEO Richard Hunt released a statement expressing concern for the burden of costs associated with regulatory compliance, which may be passed on to students. He also questioned whether Congress ever intended for the Department of Education to have such authority over financial institutions.

CBA continues to engage its Campus Product Working Group on this issue and plans to comment on the proposal.

However, community banks fared better than the overall industry and challenges still remain, as fewer than half of the banks improved their net interest margin and loan-loss provisions posted a year-over-year increase for the third consecutive quarter.

As previously noted, CBA filed a petition with the FCC on September 19, 2014 asking the Commission to clarify that “called party” means “intended recipient” for purposes of the TCPA. This change would allow companies to communicate with customers without threat of litigation if their customer’s number was reassigned to another person unbeknownst to the company. Rightfully so, the company will be liable under TCPA if the company calls the number after it is aware of the reassignment.