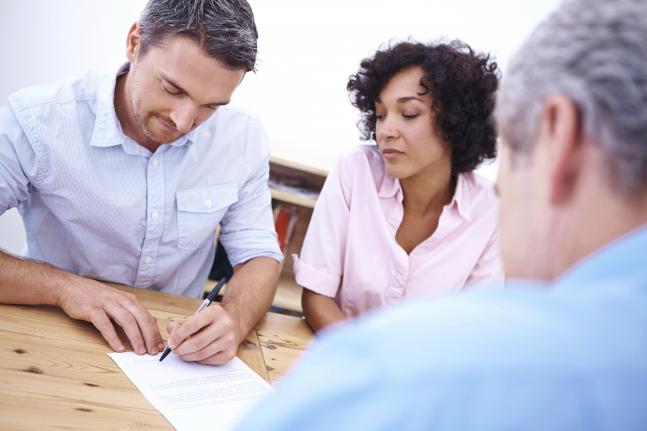 GAO Finds Deficiencies with Internal Controls at CFPB
On Tuesday, November 18, 2014, the Government Accountability Office (GAO) released their annual audit report conducted on the CFPB for the year ending September 30, 2014. The report found the agency continues to struggle with internal controls, among other issues.

Specifically, GAO found the CFPB did not have effective procedures in place to determine and record an appropriate amount for goods and services received but not yet paid as of September 30, 2014. Additionally, the Bureau did not have effective review procedures to timely detect and correct inaccuracies in the accrual amounts. The audit also found a "significant deficiency" in accounting for property and equipment, first reported in the 2013 audit, remained an issue in 2014.

"Everyone deserves the opportunity to qualify for a mortgage that they can afford," said CFPB Director Richard Cordray in a press release. "Consumers should not be put at a disadvantage just because they receive Social Security disability income. Lenders should continue to make fair and responsibly underwritten mortgages without imposing unnecessary requirements on consumers who receive these benefits."

CFPB Issues Enforcement Action Against Drive Time
On Thursday, November 19, 2014, the CFPB issued a consent order with DriveTime Automotive Group, a "Buy-Here, Pay-Here" auto dealer, and its finance company, DT Acceptance Corporation for engaging in unfair acts and practices, as well as fair credit reporting act (FCRA) violations. The Bureau cited several DriveTime acts and practices as unfair to consumers, including contacting consumers at work even after being asked to stop calling; repeatedly calling borrower's third-party references after being asked to stop calling; and repeatedly calling third-parties with no connection to the borrower. The CFPB also cited DriveTime for providing inaccurate consumer information to the credit reporting agencies and failing to correct the information even after disputes were filed by borrowers. DriveTime is required to end its unfair calling practices; provide additional notices to consumers on how to limit collection contacts; correct its data furnishing processes in compliance with FCRA; and implement an audit program. DriveTime will pay an $8 million civil penalty and provide impacted consumers with free credit reports.

CFPB Proposes Amendments to Mortgage Servicing Rules
On Thursday, November 20, 2014, the CFPB proposed amendments to mortgage servicing rules in the 2013 Mortgage Rules under the Real Estate Settlement Procedures Act. According to a Bureau press release, the proposal would:

A summary of the proposal is available, with comments due 90 days from publication in the Federal Register.

Lawmakers Press Financial Firms on Cyber-Security
On Wednesday, November 19, 2014, Sen. Elizabeth Warren (D-MA) and Rep. Elijah Cummings (D-MD)requested 16 financial firms provide detailed information about cyber-attacks they experienced over the past year and how they plan to prevent future breaches.

"The increasing number of cyber-attacks and data breaches is unprecedented and poses a clear and present danger to our nation's economic security," the lawmakers wrote in the letter. "Each successive cyber-attack and data breach not only results in hefty costs and liabilities for businesses, but exposes consumers to identity theft and other fraud, as well as a host of other cyber-crimes."

Warren and Cummings requested the firms provide information on the number of customers potentially affected by breaches, data security measures the companies have taken in response, the value of the fraudulent transactions connected with the cyber-attacks, and who is suspected to have carried them out. The letters also request IT security officers at each firm to brief the lawmakers on how they are protecting their data.

"After receiving letters from the FDIC and [U.S. Department of Justice] last week, stating the agencies own internal investigatory departments will investigate Operation Choke Point activities within their agencies, I am even more positive that with the introduction of this legislation, Congress will be able to work in a bipartisan fashion to quickly put an end to this program," Rep. Luetkemeyer said in a press statement.

Senate Banking Committee Hears from FHFA Director Mel Watt
On Wednesday, November 19, 2014, the Senate Banking Committee held a hearing entitled: "The Federal Housing Finance Agency (FHFA): Balancing Stability, Growth, and Affordability in the Mortgage Market" which included testimony from Mel Watt, the Director of the FHFA. The hearing discussed removing Fannie and Freddie from conservatorship, the government's role is assisting borrowers who are underwater on their mortgage, and upcoming rulemaking.

"FHFA continues to perform the dual role of both regulating and running the businesses of the largest entities in the mortgage market. This is not sustainable, and there is no consensus in Congress regarding how to move forward," Committee Chairman Tim Johnson (D-SD) stated in his opening. "All the while the credit box remains extremely narrow, locking out many potential borrowers with good credit, including first-time homebuyers who are needed to expand and sustain our recovery. While I oppose returning to exotic products with confusing terms, we need to find a way to bring the pendulum back to rational underwriting."

When pressed on whether he would support liquidating or spinning off Fannie and Freddie, Director Watt replied, "That's something that will probably have to be initiated by Treasury," Watt said. "Short term I would rule it out. Long term I might not rule it out."

Watt also received considerable pressure from Committee Democrats to do more to assist struggling borrowers with their mortgage payments. Specifically, Sen. Elizabeth Warren (D-MA) demanded answers on why FHFA has not provided principal forgiveness to some borrowers, and cited studies on how doing so would be profitable for FHFA by making repayment more manageable for borrowers. "We have to do this in a way that is responsible," Watt said.

Congress Announces Calendar for 2015
This week, the U.S. House of Representatives and U.S. Senate announced their schedules for the first session of the 114th Congress. Although the calendars do not exactly mirror each other, there is coordination on when each body will be in session.

Proposed Clarifications to Revised Regulatory Capital Rules
On Tuesday, November 18, 2014, the Federal Reserve Board, FDIC and OCC proposed clarifications to the revised regulatory capital rules adopted by the agencies in July 2013. The proposal applies only to large internationally active banking organizations which currently determine their regulatory capital ratios under the advanced approaches rule, or those that may use the advanced approaches rule in the future. This largely includes those institutions with at least $250 billion in total consolidated assets or at least $10 billion in total on-balance sheet foreign exposures.

The proposed rule would make technical corrections and clarify certain aspects of the advanced approaches rule, including the qualification criteria and calculation requirements for risk-weighted assets. Many of the proposed changes would better align the advanced approaches rule with the Basel framework, thereby enhancing consistency with international capital standards. Comments must be submitted within 60 days of publication in the Federal Register.

FDIC Releases Technical Assistance Videos
On Wednesday, November 19, 2014, the FDIC released the first technical video of its three-part seriesaimed at assisting bank employees with meeting regulatory requirements. The videos will address compliance with certain mortgage rules issued by the CFPB.

The first video covers the Ability to Repay and Qualified Mortgage Rule, and is intended for compliance officers and staff involved in ensuring the bank's mortgage lending operations comply with CFPB rules.

"The release of this video is part of the FDIC's ongoing efforts to inform supervised institutions about important regulatory issues," said Mark Pearce, FDIC Director of the Division of Depositor and Consumer Protection. "The FDIC is committed to providing technical assistance to help community banks comply with recent regulatory changes."

The two additional videos in this series will be released in the coming months and will focus on rules concerning mortgage servicing and loan originator compensation.

Inspector General to Review Fed Oversight Process
On Thursday, November 20, 2014, the Federal Reserve Board announced reviews of their oversight process for larger financial institutions in response to a November 17, 2014 request from the Board. The Inspector General will investigate whether there are adequate methods for decision-makers at the relevant Reserve Banks and at the Board to obtain all necessary information to make supervisory assessments and determinations. The Inspector General was also asked to investigate whether channels exist for decision-makers to be aware of divergent views among an examination team regarding material issues.

The OCC also issued "Federal Branches and Agencies," a revised booklet of the Comptroller's Licensing Manual, previously released in December of 1999. The updated booklet incorporates applicable regulatory changes, adds discussion of new activities and operations permitted for federal branches and agencies, and includes policy considerations for conversions of state-licensed branches and agencies to federal licenses, among other changes.

Bank, Debt Relief Company Challenge Dodd-Frank Act
On November 19, 2014, Big Spring, a Texas-based bank, and California debt relief company Morgan Drexen, argued they should be allowed to submit a Constitutional challenge of the Dodd-Frank Act in front of a federal appeals court. In 2012, Big Spring challenged the constitutionality of the CFPB, the Financial Stability Oversight Council (FSOC), and the Government's ability to wind down large financial firms, but the case was dismissed for lack of standing. In 2013, Drexen's case was dismissed by the Federal Court in Washington state because the Court indicated the challenge should have been brought before a California court. Drexen's attorney indicated the court should consider the structure of the CFPB and advocated for a bipartisan commission instead of a sole director.

GAO Report Calls for Improved SIFI Designation Process
On Thursday, November 20, 2014, the Government Accountability Office (GAO) released a report with recommendations to improve the Financial Stability Oversight Council's (FSOC) process for designating Systemically Important Financial Institutions (SIFIs). Because of the substantial impact these decisions may have on a financial institution, and the entire financial system, the report evaluated how FSOC has managed the SIFI designation process thus far. GAO found three areas where FSOC could enhance accountability and transparency:

Highlights from the report are available here.