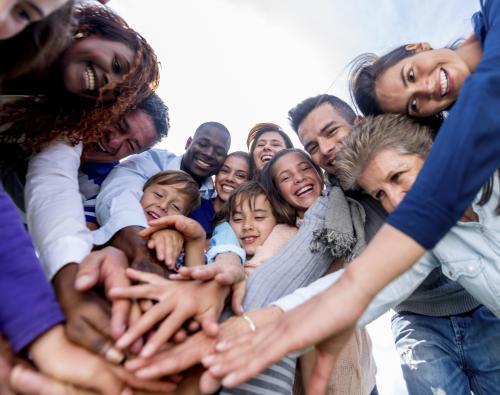 CFPB Takes Aim at Employment Background Screening Report Providers
On Thursday, October 29, 2015, the CFPB announced an enforcement action against two of the largest employment background screening report providers - General Information Services and its affiliate, e-Background-checks.com, Inc. In the consent order, the Bureau alleged the companies violated the Fair Credit Reporting Act by failing to use basic procedures for matching public records information to the correct consumer, and unlawfully including certain information in consumer reports they provided to prospective employers.

As a result, the companies were ordered to pay $10.5 million in relief to consumers – about $1,000 per consumer – and pay a $2.5 million civil penalty. The companies are also required to revise their compliance procedures, retain an independent consultant, and implement a comprehensive audit program.

CFPB Files Suit Against an Alleged Nationwide Student Financial Aid Scam
On Thursday, October 29, 2015, The CFPB filed suit in the U.S. District Court for the Southern District of California against Global Financial Support, doing business as Student Financial Resource Center and College Financial Advisory, and Armond Aria. The Bureau alleges the defendants are operating a nationwide student financial aid scam in violation of Dodd-Frank's unfair, deceptive, or abusive acts and practices (UDAAP) ban as well as Regulation P.  The Bureau alleges the companies:

The CFPB is seeking an injunction against the defendant and will also request restitution and penalties.

CFPB Announces Event on Retirement Planning
The CFPB announced an upcoming event with the Social Security Administration on retirement planning. The event will take place on Thursday, November 12, 2015, at 10 a.m. EST, at the Brookings Institution in Washington, D.C. CFPB Director Richard Cordray and Carolyn W. Colvin, Acting Commissioner of Social Security will offer remarks, followed by an expert panel discussion about retirement planning.

CFPB Awarded Default Judgment in Corinthian Lawsuit
On Wednesday, October 28, 2015, the CFPB announced it had awarded a default judgment against Corinthian Colleges, resolving the lawsuit filed in September of 2014. The court granted the equitable and monetary relief requested by the Bureau, however Corinthian cannot pay the restitution – over $530 million – because it filed for chapter 11 bankruptcy on May 4, 2015, and subsequently was liquidated and dissolved. Since Corinthian was dissolved, it could no longer defend itself and the court declared the default judgment.

According to the Bureau's statement, "Despite the court's significant ruling against the company, Corinthian cannot pay the judgment because it has dissolved and its assets have already been distributed according the liquidation plan in its bankruptcy case. The CFPB will continue to pursue relief for consumers harmed by Corinthian's unlawful conduct."

The initial lawsuit alleged Corinthian violated FDCPA and committed UDAAP violations according to the Consumer Financial Protection Act of 2010 when it:

CFPB Releases Rural or Underserved Counties List
On Wednesday, October 28, 2015, the CFPB posted a list of counties determined to be "rural" during 2015 for purposes of applying the regulatory provisions during 2016. Rural counties are generally defined by using the USDA Economic Research Service's urban influence codes, and underserved counties are defined by reference to data collected under the Home Mortgage Disclosure Act.

CFPB Releases Monthly Complaint Report
On Tuesday, October 27, 2015, the CFPB announced the release of its Monthly Complaint Report for October, which is volume 4 in the series. Notably, the Bureau added the following CBA-requested disclosure on complaint normalization: "Company level information should be considered in context of company size and/or market share." Other report highlights include:

CFPB Provides Servicemembers with Personal Finance Advice
On Tuesday, October 27, 2015, posted a blog about the potential difficulties and decisions servicemembers may face financially. The CFPB used references to "The Walking Dead," a television show about a zombie outbreak, comparing the troubles of the show's characters to those of servicemembers.

The post included topics such as protection from data breaches, how to handle situations involving debt collection, and credit score management. Each example included suggestions on handling the issue, as well as how it relates to the trials faced by the characters in the television show.

Senate Passes CISA
On Tuesday, October 27, 2015, the U.S. Senate passed the Cybersecurity Information Sharing Act (CISA), S. 754. This bill would authorize voluntary, two-way sharing of cybersecurity-related information between the federal government and nonfederal entities, including private companies. CISA is expected to go to conference, where the House and Senate can consolidate their related cybersecurity bills before submitting it to the President for enactment. CBA strongly supported CISA's passage, and urged Congress to establish a strong and scalable national data security standard.

Department of Education Finalizes Cash Management Rule
On Tuesday, October 27, 2015, the U.S Department of Education (DOE) released its final Cash Management Rule, creating new standards for schools and lenders partnering with them. The rule bans overdraft and point-of-sale fees for students serviced by a financial institution on behalf of their school. Also, schools will be required to present a "neutral" set of banking options to students, including preexisting accounts. Moreover, universities and colleges will have to ensure students banking independently from a school-sponsored institution will receive their funds in good time.

The rule will require schools having T1 or T2 arrangements to:

"Since day one, protecting students and borrowers has been a key priority for the Obama Administration," said Secretary of Education Arne Duncan. "The two final rules published today represent a continuation of our efforts. These regulations will help make sure student loan debt is affordable for all borrowers and bring overdue reforms to campus cards, a sector that too often puts taxpayer dollars and student consumers at risk."

CBA President and CEO Richard Hunt issued a statement expressing concern that the rule would limit students' options and raise the cost of college.  CBA continues to work on this issue through its Campus Product Working Group.