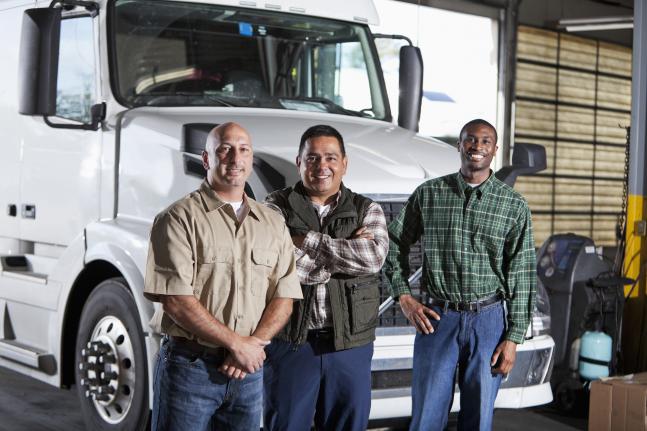 CFPB Releases Second Annual CARD Act Report
On Wednesday, October 2, 2013, the CFPB issued a report on the effects the Credit Card Accountability Responsibility and Disclosure (CARD) Act has had on the consumer credit card market. The report details how the Act has reduced penalty fees and made the cost of credit cards clearer to consumers. The report found the total cost of credit declined by two percentage points between 2008 and 2012 but that there are still areas of concern in the credit card market including add-on products, “fee harvester” cards, deferred interest products and disclosures.
The CARD Act directs the CFPB to review the impact of the law on the cost and availability of credit, as well as the level of consumer protections in the credit card market. The report claims consumers can better understand the credit card market today due to enhanced disclosures mandated by the Act, allowing them to easily shop for and compare products on the market.
The CFPB makes the following observations in the report:

“Credit cards play a valuable role in the everyday lives of American consumers,” said Director Richard Cordray in a statement from the CFPB. “The CARD Act brought better consumer protections and fairness to the marketplace, but we found there is more work to be done.”
CFPB Hosts Forum on Campus Products
On Monday, September 30, 2013, the CFPB held a forum discussion focused on products offered to students on college campuses. In his remarks, Director Cordray described the bureau as “distressed” in hearing students are “pressured” to use financial products that “secretly” profit colleges and universities.
“I am concerned that some of our colleges and universities, whether well-intentioned or not, may be encouraging or even requiring our young people to use financial products that do not offer the best deals,” Cordray said.
Rohit Chopra, the Bureau’s Ombudsman for student lending, gave an overview of the variety of financial products that have been or are offered on campuses, from the former Federal Family Education Loan program and private loans to credit cards, branch banking, student checking, debit cards, and closed-loop stored-value student IDs. Chopra remarked that student campus products do not often carry any greater benefits than non-campus products. The CFPB hopes to “explore” five areas concerning financial product agreements between schools and financial services providers, including:

The forum participants included student representatives from three schools, US PIRG, the National Consumer Law Center, a credit union, a direct deposit software vender, the New York Attorney General’s Office, the U.S. Department of Education, CFPB and the National Association of College and University Business Offices (NACUBO). Most of the discussion heavily generalized the providers of campus products and the products themselves - Higher One and financial institutions were often lumped into the same category.
There were repeated calls for a national code of conduct in agreements between schools and providers, which would include:

CBA’s Campus Product Working Group will continue to monitor this issue and brief members on additional information.
CFPB Brings Enforcement Action Against Debt-Settlement Payment Processor
On Thursday, October 3, 2013, the CFPB announced enforcement action against Meracord LLC, a debt-settlement payment processor, for allegedly helping others to collect millions in illegal, upfront fees from consumers. The Bureau asked a Federal District Court to approve a consent order that would require Meracord and its CEO and owner, Linda Remsberg, to halt all illegal activities and pay a $1.376 million civil penalty. The Washington-based company is one of the largest payment processors for the debt settlement industry.
The CFPB charges that Meracord and Remsberg violated the Telemarketing Sales Rule by helping debt-settlement companies charge consumers upfront fees. The rule prohibits debt-settlement companies from charging consumers such fees before settling any of their debts. According to the CFPB’s complaint, Meracord has processed thousands of illegal advance fees since October 2010.
In remarks offered on a briefing call, Steve Antonakes, Deputy Director of the CFPB, said, “Indeed, this case is part of the Bureau’s broader efforts to address illegal activity in the debt-settlement industry. Leading up to today’s consent order, we have been pursuing actions against several debt-settlement companies that charged consumers illegal upfront fees, including companies whose unlawful conduct was facilitated by Meracord.”
Senate Banking Committee Holds Hearing on Private Label MBS Market
On Tuesday, October 1, 2013, the Senate Banking Committee held its latest hearing on reforming the housing finance system entitled, “Housing Finance Reform: Fundamentals of a Functioning Private Label Mortgage Backed Securities Market.” The hearing took place as scheduled, despite a government shutdown, indicating the Committee’s commitment to the issue. As part of his opening statement, Chairman Johnson (D-SD) said the Committee must “foster stable private capital flows, provide access to smaller lenders, and not price the middle class out of affordable mortgage products.”
During the hearing, Senators raised issues concerning eminent domain, existing regulatory tools, such as guarantee fees, and the appropriate threshold to take the first loss on mortgage-backed securities. John Gidman, representing the Association of Institutional Investors, told Sens. Toomey (R-PA) and Heitkamp (D-ND) that he thinks eminent domain as part of a principal write-down is very unlikely to occur. Panelists told Senator Warren that QM loans would limit market risk, but that a fair amount of the market may not be QM.
HUD proposes its own QM rule for federally insured mortgages
On Monday, September 30, 2013, the U.S. Housing and Urban Development (HUD) Department issued aproposal outlining the definition of “qualified mortgages” (QM) for loans insured by the Federal Housing Administration. The Dodd-Frank Act allows HUD and other agencies to tailor the QM definition for loans insured and guaranteed by these other agencies. When finalized, this definition from HUD will replace a temporary definition included by the CFPB in the QM rule issued in January. The HUD proposal would retain a number of the requirements adopted by the CFPB, such as only including loans not exceeding 30 years and with points and fees not exceeding three percent. However, the HUD proposal would eliminate the 43 percent debt-to-income ratio, recognizing Federal Housing Administration loans are primarily for low-income and first-time borrowers. The proposal would also change the threshold for loans qualifying for the “safe harbor” liability protections to account for future changes in mortgage insurance premiums. Comments are due by October 30, 2013.