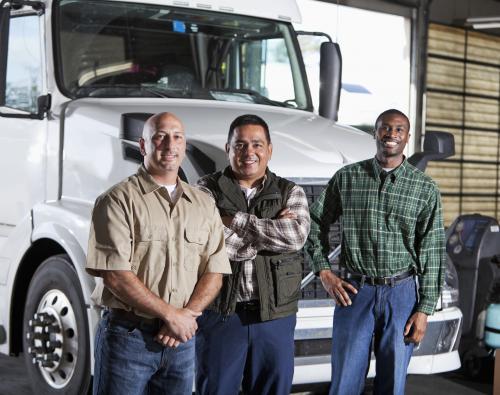 If the proposed consent order is approved by the court, Hudson City will pay $25 million in direct loan subsidies to qualified borrowers in the affected communities, $2.25 million in community programs and outreach, and a $5.5 million penalty.

CFPB Releases Third Monthly Complaint Snapshot
On Tuesday, September 22, 2015, the CFPB released the third volume of its Monthly Complaints Snapshot, which spotlights a specific complaint issue and geographic location. This edition highlighted mortgage complaints, and complaints in Denver, CO. According to the Bureau, it has handled 702,900 total complaints, of which 25,732 were in August. Notable takeaways include:

CFPB Announces Arbitration Field Hearing
This week, the CFPB announced it will hold a field hearing on arbitration in Denver, CO on Wednesday, October 7, 2015, at 11 a.m. MST. According to the Bureau's blog post, field hearing participants include CFPB Director Richard Cordray, consumer groups, industry representatives, and members of the public.

CFPB Finalizes Rule on Credit in Rural and Underserved Areas
On Monday, September 21, 2015, the CFPB finalized several changes to its mortgage rules intended to facilitate responsible lending by small creditors, particularly in rural and underserved areas. The new rule, proposed in January, will increase the number of financial institutions able to offer certain types of mortgages in rural and underserved areas, and gives small creditors time to adjust their business practices to comply with the rules.

"The financial crisis was not caused by community banks and credit unions, and our mortgage rules reflect the fact that small institutions play a vital role in many communities," said Director Cordray. "These changes will help consumers in rural or underserved areas access the mortgage credit they need, while still maintaining these important new consumer protections."

The final rule will:

The final rule will be adopted as proposed, with several technical changes and clarifications, and is effective January 1st, 2016.

CFPB Updates Reg Z Dollar Thresholds
On Monday, September 21, 2015, the CFPB issued a final rule amending the regulatory text and official interpretations for Regulation Z, which implements the Truth in Lending Act (TILA). The Bureau is required to calculate annually the dollar amounts for several provisions in Regulation Z. The final rule reviews the dollar amounts for provisions implementing amendments to TILA under the Credit Card Accountability Responsibility and Disclosure Act of 2009, the Home Ownership and Equity Protection Act of 1994, and the Dodd-Frank Wall Street Reform and Consumer Protection Act. The amounts are adjusted, where appropriate, based on the annual percentage change reflected in the Consumer Price Index effective June 1, 2015. The minimum interest charge disclosure thresholds will remain unchanged in 2016.

CFPB Mortgage Form Available in Spanish
On Monday, September 21, 2015, the CFPB announced a Spanish translation of its Home Buying Information Booklet. This release comes as the CFPB indicated it is investigating ways to serve limited English proficiency consumers.

CFPB Announces New Members of the CAB, CBAC, and CUAC
On Friday, September 18, 2015, the CFPB announced the appointment of new members to its Consumer Advisory Board, Community Bank Advisory Council, and Credit Union Advisory Council. All three bodies provide guidance to CFPB leadership on a broad range of consumer financial issues and emerging market trends.

"These advisory bodies play a crucial role in ensuring that the Bureau is addressing the wide variety of perspectives in the consumer financial marketplace," said Director Cordray. "The new additions we are announcing today bring a range of expertise and experience that will help inform our work going forward."

A full listing of added members to the three groups may be found here.

Proposed Bill would Allow Refinancing of Private Student Loans
On Thursday, September 17, 2015, Sen. Heidi Heitkamp (D-ND) introduced S. 2050, the Private Education Loan Modification Act of 2015, which would authorize the Secretary of the Treasury to establish lending, purchase, and other credit facilities to allow for the refinancing of private student loans. The bill would also require the Treasury Secretary to collect and disseminate information on available private education loan modification options.

"With my bill, I'm trying to make it easier for students to refinance private education loans at today's low interest rates, so they can pay down their debt and start off on the right foot when they graduate. North Dakotans shouldn't have to choose between paying the interest on their education and buying a home," Sen. Heitkamp stated upon the bill's introduction.

FFIEC Publishes 2014 HMDA Data
On Tuesday, September 22, the Federal Financial Institutions Examination Council (FFIEC) released 2014 Home Mortgage Disclosure Act (HMDA) data. The findings included HMDA data from 7,062 institutions, 9.9 million mortgages, and 501,000 requests for pre-approval on a home loan. Among other conclusions, the FFIEC found "from 2013 to 2014, the share of home purchase loans for 1-4 family properties made to black borrowers rose from 4.4 percent to nearly 4.9 percent, the share made to Hispanic borrowers rose from 6.9 percent to 7.5 percent, and those made to Asian borrowers declined slightly from 6.0 percent to 5.7 percent.

Morning settlements should be cleared by 1 p.m., and afternoon settlements by 5 p.m., according to the approved plan. Originating banks will be required to pay a 5.2-cent fee to receiving banks for each same-day electronic payment.

"Same-day ACH is a game-changer, as it will enable new options for consumers, businesses and government entities that want to move money faster," Janet Estep, Chief Executive of NACHA, said in a Wednesday news release.

Both the Fed rule and NACHA rule will go into effect September 23, 2016.