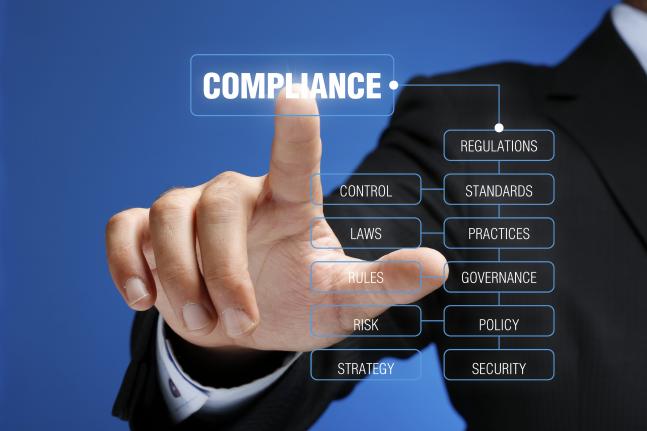 Bipartisan Policy Center Releases Report Analyzing CFPB’s Progress
On Tuesday, September 24, 2013, the Bipartisan Policy Center, a DC-based think tank, released a reportentitled, “The Consumer Financial Protection Bureau: Measuring the Progress of a New Agency.” The report reviews the CFPB’s progress since its inception two years ago, providing recommendations for improvements. It covers the history of the CFPB, rule-making, examinations, data, consumer relations, and the scope of CFPB authority. The report acknowledges the Bureau for policies that noticeably took into account input from stakeholders, both consumer groups and financial institutions, such as the QM and remittance rules. The report provides a wide range of recommendations including closing exams, ensuring oversight of nonbanks, regulatory coordination, and addressing the Bureau’s bulletin on indirect auto lending.
The report was co-authored by Richard Fischer and Eric Rodriguez as part of the Bipartisan Policy Center’s Financial Regulatory Reform Initiative. Richard Fischer is a partner in the Washington, D.C. office of Morrison & Forester and has a practice focusing on retail financial services, privacy and data security. Eric Rodriguez is vice president at the National Council of La Raza (NCLR).
Director Cordray Speaks at the American Banker Regulatory Symposium
On Tuesday, September 24, 2013, CFPB Director Richard Cordray spoke at the American Banker Regulatory Symposium. In his remarks, Director Cordray acknowledged the five-year anniversary of the financial crisis and discussed the need for an agency dedicated to financial protection for consumers. “The events that led to the financial crisis are inconsistent with the fair, transparent, and competitive markets that we are directed to promote,” Cordray stated. He also provided, in some detail, the Bureau’s efforts to address what they call the “Four Ds” - deceptive marketing, debt traps, dead ends, and discrimination.
Director Cordray also provided some insight on upcoming policy decisions from the Bureau, indicating that the Bureau will change HMDA data reporting requirements and that the Bureau plans to release details on how fair-lending requirements are included in the definition of “Qualified Mortgages.”
Regulators Issue Joint Guidance on Elder Abuse
On Tuesday, September 24, 2013, the CFPB, the Federal Reserve, Office of the Comptroller of the Currency, FDIC, Federal Trade Commission, SEC and National Credit Union Administration and Commodity Futures Trading Commission issued guidance to clarify that the privacy provisions of the Gramm-Leach-Bliley Act generally permit financial institutions to report suspected elder financial abuse to appropriate authorities. In general, privacy rules say U.S. financial institutions must alert consumers before providing nonpublic information about them to a third party, and consumers must be allowed to opt out of data-sharing. The guidance clarifies that it is generally acceptable under the law for financial institutions to report suspected elder financial abuse to appropriate local, state or federal agencies.
A statement released by the agencies explains, "Employees of financial institutions may be able to spot irregular transactions, account activity or behavior that signals financial abuse. They can play a key role in preventing and detecting elder financial exploitation by reporting suspicious activities to the proper authorities."
CFPB Holds Financial Literacy Field Hearing in Wisconsin
On Wednesday, September 25, 2013, the CFPB organized a field hearing with the Financial Literacy and Education Commission (FLEC) at the University of Wisconsin – Madison, to discuss financial literacy for youth and post-secondary financial education. In his remarks, Director Cordray, who serves as the Vice-Chairman of FLEC, stated, “At the Consumer Financial Protection Bureau, we are deeply committed to a vision of an America where everyone is financially educated and financially capable.”
The FLEC was established under the Fair and Accurate Credit Transactions Act of 2003. It is chaired by the Secretary of the Treasury and the commission is consists of the heads of 19 additional federal agencies.
CFPB Issues Interim Rules on Cease-and-Desist Orders
On Thursday, September 26, 2013, the CFPB issued interim rules governing temporary cease-and-desist orders (TCDO) initiated pursuant to the Dodd-Frank Act. According to the CFPB, these are modeled after the FDIC rules. The interim rules are effective as of today, September 27, 2013 and comments will be accepted until November 25, 2013.
These rules are intended to clarify the following: 1) the basis for the issuance of a TCDO; (2) the content, scope, and form of a TCDO; (3) the procedures governing the issuance of a TCDO and the remedies available to the CFPB in issuing a TCDO; and (4) the rights of persons subject to a TCDO.
OCC Expands Internal Controls
In his remarks on September 23, 2013, before the American Banker Regulatory Symposium, the Comptroller of the Currency, Tom Curry, said the OCC will ask foreign peers to help conduct internal assessments of the agency. Curry said he wants to ensure the OCC does not fail to identify similar lapses in supervision as those leading up to the 2007-2009 financial crisis. According to the Comptroller, bank supervisors from Singapore, Australia and Canada will review the OCC oversight of national banks to help root out flaws in bank supervision. "There is plenty of blame to go around for the problems we've seen in recent years... and some of it falls squarely on the shoulders of the regulatory agencies, including the OCC," Curry said.
Federal Reserve includes Basel III in Stress Tests
On Tuesday, September 24, 2013, the Federal Reserve (FED) issued two interim final rules clarifying and instructing banks to incorporate the new Basel III standards when stress testing capital requirements. These rules, which will have phased implementation starting in 2014 and into 2015 based on institution asset size, will run from the fourth quarter of 2013 through 2015. The first rule will continue to be assessed against large banks, with the minimum assessment of 5 percent Tier 1 common ratio capital, such as previous tests included. The second interim final rule will give banks with more than $10 billion, but less than $50 billion a one-year period to begin implementing the new capital rules. These rules are required by the passage of the 2010 Dodd-Frank Act. The Fed will accept comments on the interim final rules through November 25, 2013.