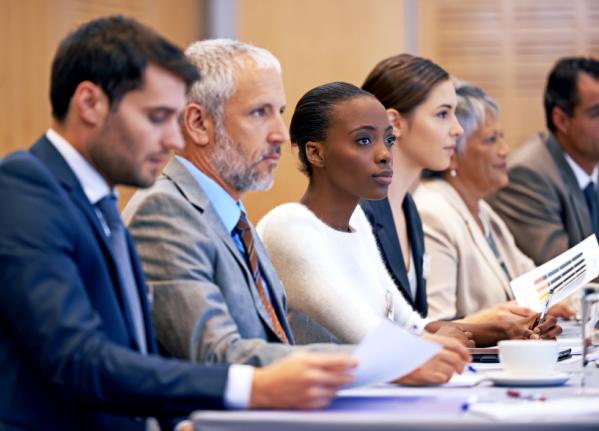 The Consumer Bankers Association (CBA) appreciates this opportunity to comment on the Consumer Financial Protection Bureau’s (Bureau) Proposed Advisory Opinion Program. CBA recognizes much of this program was developed in response to the Bureau’s Request for Information on Bureau Guidance and Implementation Support. CBA responded to the Bureau’s request with a call for the Bureau to incorporate advisory opinions into formal policy to give them more reliability. We appreciate the steps the Bureau takes in its Advisory Opinion Proposal and offer the following suggestions to maximize its use and reliability.

CBA encourages the Bureau to adopt the third-party submission process outlined in the proposal. Allowing third parties to submit advisory opinion requests on behalf of their membership base or client will greatly improve the applicability of advisory opinions and allow for more thorough requests. Often third parties such as trade associations can assess a program or product’s applicability on behalf of large swaths of the industry instead of an individual institution. Additionally, many financial institutions may feel more comfortable submitting advisory opinions requests through a third party, which will greatly help drive up applicable submissions, further clearing up the regulatory grey areas the Bureau hopes to address.

CBA appreciates the anonymity the pilot program affords institutions submitting through a third party. We further appreciate the Bureau’s willingness to treat traditionally non-public information as confidential. For stakeholders to provide detailed applications to the Bureau, they will likely often need to include non-public information. Ensuring this information is treated confidentially by the Bureau is crucial to receiving thorough and complete applications.

CBA appreciates the Bureau allowing submission based on a course of action in which the requestor is considering engaging. Financial institutions often will choose not to engage in a behavior when they lack regulatory certainty on its treatment. Permitting requesters to pose potential action in their application for Bureau review and opinion will help alleviate regulatory uncertainty prior to an institution engaging in behavior the Bureau may later deem problematic.

CBA notes one area of uncertainty in the proposed advisory opinion program is the timeline for Bureau review of and response to advisory opinion requests. CBA requests the final outline includes timelines for Bureau acknowledgment of receipt of a request, whether a request has been accepted or rejected, how long between an acceptance and the issuance of an opinion, and any applicable timelines for extension. We further urge the Bureau to respond to rejected advisory opinion requests with reasons for denial and insight on what the requester could include to have a request accepted.

CBA also asks the Bureau to clearly establish and/or delineate an internal Bureau division which will handle all advisory opinion requests. The Bureau’s Office of Innovation may be best suited to handle these requests given the Office deals with similar programs, such as the No-Action Letter, Compliance Assistance Sandbox, and Trial Disclosure programs. Declaring one point of contact for requesters to not only submit an advisory opinion request, but follow-up throughout the process will greatly help effectuate a more useful program.

CBA appreciates the Bureau’s willingness to include statutory safe harbors when applicable through the advisory opinion, as well as the good faith compliance sections of the proposal. CBA emphasizes, in the case an advisory opinion is rescinded, no action should be taken against those institutions who acted in good faith in accordance with the opinion.

Additionally, CBA urges the Bureau to coordinate with other financial regulators to ensure advisory opinions do not conflict with other forms of guidance or advisory opinions issued by sister regulators. The world of financial regulation is complex with many stakeholders, and financial institutions often must navigate many forms of interpretive guidance from prudential regulators in addition to the Bureau’s rules. Ensuring these worlds do not conflict will help financial institutions remain in compliance with all applicable financial laws.

Finally, the Bureau utilizes many different forms of guidance for stakeholders, whether it is the advisory opinion program, the programs maintained by the Office of Innovation listed above, or others. The Bureau could best serve stakeholders looking to engage in these programs by issuing a matrix of each program’s scope and applicability to further guide stakeholders in the right direction when clearing up regulatory uncertainty.

CBA greatly appreciates the Bureau taking this further step to try to alleviate regulatory uncertainty across the various laws under its purview. We feel implementing the advisory opinion program as proposed with our few recommendations will help ensure the program meets its stated goals, and all stakeholders can better engage with the Bureau moving forward.  If you have any questions or wish to discuss any of the matters raised above further, please do not hesitate to contact the undersigned directly at (202) 552-6381 or scongdon@consumerbankers.com.