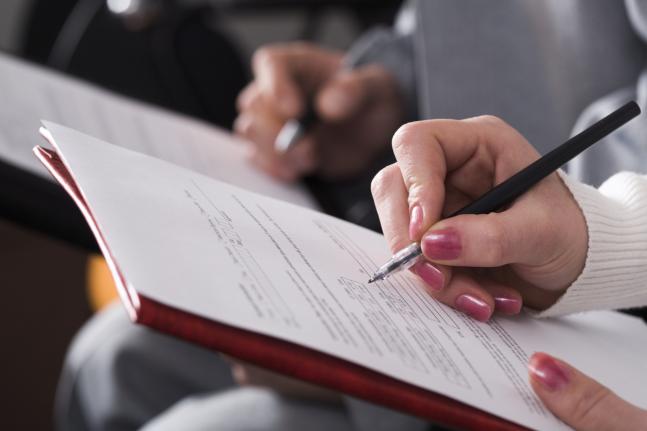 The Consumer Bankers Association (CBA) appreciates this opportunity to further comment on the Consumer Financial Protection Bureau’s (Bureau) amendments to the Fair Debt Collection Practices Act (FDCPA), focusing on disclosures of certain time-barred debts. CBA commented thoroughly on other issues related to revisions of the FDCPA during the initial comment period in 2019 and values this forum to provide further insight on these disclosures.

CBA supports this initiative by the CFPB to educate customers about the collectability of their debts so they may make informed decisions on prioritization of repaying their obligations.  However, there are concerns about the specific timing and content of the disclosure and therefore CBA proposes a simplified disclosure approach which would in fact expand consumer protections while simplifying the operational complexity of determining when a specific statute of limitations has expired. As described below, CBA recommends the Bureau allow debt collectors to provide early statute of limitation disclosures and advocates for a simple disclosure to best comply with the patchwork of varying state laws. CBA’s proposed disclosure reads: “The law limits how long you can be sued for a debt. Because of the age of this debt, we will not sue you for it.” We firmly believe early disclosure of the above language will alleviate consumer confusion while solidifying protections for consumers regardless of location. Providing this disclosure would not only bind the current debt collector but also any future debt collector or debt buyer of the account.

This proposal couples seamlessly with the Bureau’s earlier notice of proposed rulemaking proposed prohibition on debt collectors filing or threatening to sue on debt that the collector “knows or should know” is time-barred by creating a simple and conservative date after which time, suit will not be filed regardless of whether the statute of limitations has run or even if it is revived by actions of the customer such as by payment or acknowledgment.

I.  Issues with Existing Patchwork of State Rules

The Bureau’s proposed FDCPA amendments provide various challenges for collectors which in turn can lead to the very customer confusion the Bureau is seeking to avoid. It is the goal of CBA and our members to help the Bureau alleviate this confusion and more clearly communicate with customers nearing the conclusion of a statute of limitations.

Often, accurately calculating an applicable statute of limitations is difficult given various unsettled legal requirements and as individual consumer facts and circumstances can often alter the calculation. Driving this issue is the fact many states treat statutes of limitations as a substantive requirement for disclosures instead of procedural, which inherently requires thorough legal analysis of individual customer situations. Issues are further compounded when customers move between states, as there will be two potential statute of limitation regimes which carry different requirements to individually determine.

As referenced throughout the Bureau’s proposal, while there is disparity between various states on how to treat applicable statutes of limitations, there are further issues presented for unsettled matters of law within individual states. Many states have not yet come to conclusion on the statute of limitations for different types of debt. For example, in the state of Ohio, court discrepancies make it unclear whether a 6- or 8-year statute of limitations applies to credit card debt. Further, there is disparity between and within states on how to initiate revival. For instance, some states deem any payment can restart the statute of limitations, some allow partial payments, and others do not permit this whatsoever. This patchwork of different and contentious standards creates confusion for consumers, creditors, and debt collectors alike.

While CBA appreciates efforts by the Bureau to better homogenize and streamline the various confusing consumer disclosures surrounding a debt’s statute of limitations, some of the language in the proposal may serve to further confuse the process. Principally, much of the language in the proposal ignores the fact it is the owner of a debt, not the debt collector, that is the party that makes the decision to sue on the debt. This issue is further compounded by the use of various phrases proposed by the Bureau which will serve to increase consumer confusion.

Chiefly, the Bureau’s use of the phrase, “do nothing or speak to us” in Model Form B-5 is extremely broad and ambiguous. This in turn will confuse consumers who will not know what the result of any action on their part may be on the collection of the debt. Further in Model Form B-5, the Bureau’s use of the phrase “make a payment” is misleading given the state disparities on what constitutes a payment for statute of limitation purposes stated above. Finally, the phrase “acknowledge in writing” in Model Form B-5 will further create consumer confusion as those states which permit statutes of limitations to restart upon written acknowledgment of the debt have differing standards on what will qualify as “written acknowledgement”.

In addition to the increased consumer confusion caused by the ambiguous terms above, the proposed disclosures also fail to clearly explain to consumers the statute of limitation requirements for certain installment loans where separate limitation periods may apply for each missed payment. CBA believes a few adjustments to the Bureau’s proposal will better serve the goals of reducing consumer confusion and effectuate a more efficient disclosure process regarding an applicable statute of limitations.

As a solution to the above concerns, CBA proposes a safe harbor disclosure that can be given to the customer before the statute of limitations expires on accounts if the creditor or debt owner has decided it will not sue to collect on the debt. This would enable creation of conservative guard rails for determining the statute of limitations, without the need to determine the exact date. The content of the proposed disclosure should be simple and accurate to permit compliance with multiple and varying state laws.

The best way to streamline and effectuate this disclosure is to allow the use of the phrase, “The law limits how long you can be sued for a debt. Because of the age of this debt, we will not sue you for it.” CBA feels the use of this phrase in applicable disclosures made prior to the statute of limitations expiring on a debt will clearly disclose to the consumer the debt collectors’ intention, while reducing consumer confusion and chance for an accidental revival of the debt.

CBA greatly appreciates the Bureau taking this further step to try to homogenize the patchwork of state requirements surrounding the statute of limitations on a debt. We strongly feel allowing the solutions provided for above will help alleviate consumer confusion, and better protect consumer’s whose debt is nearing a statute of limitations.  If you have any questions or wish to discuss any of the matters raised above further, please do not hesitate to contact the undersigned directly at (202) 552-6381 or scongdon@consumerbankers.com.