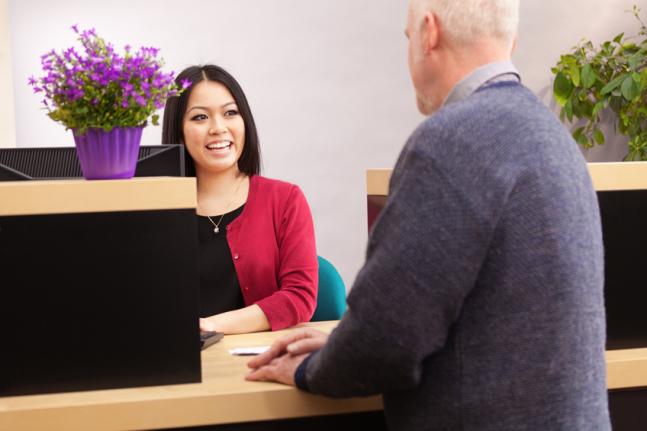 The Consumer Bankers Association (“CBA”) applauds the Consumer Financial Protection Bureau (“Bureau” or “CFPB”) on its efforts to modify and enhance the definition of the General Qualified Mortgage (“QM”) as defined by Regulation Z’s Ability-To-Repay/Qualified Mortgage (“ATR/QM”) Rule. We appreciate the opportunity to comment, and we welcome opportunities to continue to collaborate with the Bureau as its crafts a final rule to better serve consumers and to support the work of industry.

Below, we have identified several areas where the Bureau can better refine its QM definition. To begin, we discuss alternatives to the proposed definition which expand the scope of QM to be more inclusive for a range of consumers and business operations. Then, we highlight a possible unintended consequence of the proposed QM definition which would limit options for consumers. Finally, CBA member banks had several suggestions for more clear guidance from the Bureau.

Provide Alternatives to Meet the Bureau’s Definition of QM

To begin, CBA member banks agree with the Bureau’s goal to maintain access to responsible, affordable credit. However, we believe the Bureau’s price-based approach is short-sighted. Banks would prefer a rule which allows more alternatives and flexibility to meet the definition of QM. The Bureau’s proposed, simple price cap meets most of the market’s needs and avoids disruption to the government sponsored entities (“GSE’s”). However, CBA urges alternative methods for loans to qualify as QM. As an alternative, if the loan does not meet the low-price cap, CBA urges another operationally feasible, bright line test. For example, the Bureau could create an additional path to QM status using the debt-to-income ratio (“DTI”), while raising the limit to  a number between 45 and 48, with a clear outline of how to calculate DTI. CBA applauds the Bureau’s seasoned QM proposal. However, we would prefer to see the proposal expanded to include subordinate liens.

The Bureau’s current proposal would define a loan as QM if its annual percentage rate (“APR”) exceeds the average prime offer rate (“APOR”) for a comparable transaction by less than 1.5 percentage points as of the date the interest rate is set (or by less than 3.5 percentage points for subordinate-lien transactions). CBA member banks urge the Bureau to allow a range instead of a hard cap. Closing mortgage transaction may take from several weeks to several months given the scenario, it is not practical for a banker to predict a loan’s APR at the outset of a transaction.

As a result, CBA recommends the Bureau adjust the spread values to better align with how the mortgage market actually operates. For instance, there are currently banks who make Rebuttable Presumption loans. The Bureau’s proposal would further constrict lender’s ability to make Rebuttable Presumption loans and reduce consumer’s access to affordable credit. We suggest adjusting the QM safe harbor threshold to 200bps to reduce the impact to loans which would otherwise be excluded from the conventional market.

In addition, the proposed cap for second liens is restrictive. When a consumer enters a second lien, those loans typically absorb all of the third party costs associated with closing the transaction. In light of this information, CBA urges the Bureau to also review the cap placed on this segment of the market.

Furthermore, the Bureau’s proposed general qualified mortgage definition adopts a “price-based approach.” Specifically, under the proposal, a first lien residential mortgage loan would not be eligible for QM treatment if its APR exceeds the average prime offer rate (“APOR”) for loans above $109,898 by two or more percentage points, while wider spreads are permitted for smaller balance loans. For variable rate loans, e.g. adjustable rate mortgages (“ARMs”), the CFPB has proposed a special rule which would apply to loans with interest rates that change in the first 5 years after the date on which the first periodic regular payment will be due. In these instances, the loan’s annual percentage rate (“APR”) must be calculated by using the maximum interest rate which would apply during the five-year period as the interest rate for the entire term of the loan to determine QM loan status. This approach is operationally difficult, if not impossible, and will eliminate some safe and affordable ARMs from the market.

CBA urges the Bureau to  adopt an alternative approach to satisfy the intent of the proposed rule, which is to establish a connection between the underwriting requirement for short-reset ARMs and a pricing mechanism to reinforce the requirement. In lieu of the proposed APR calculation using the highest rate in the first five years, the Bureau should simply impose a constraint on the maximum interest rate in the first five years, using a published data set to ensure an objective measure of the rate.

CBA supports the Bureau’s decision to remove Appendix Q. However, bankers need certainty. As bankers look to the Bureau’s guidance, CBA member banks have suggested several areas where the Bureau should focus its attention.

Two Years of W-2’s Prior to Extended Absence

Bankers consistently have had trouble fulfilling this requirement. For example, stay-at-home parents  are overlooked in this requirement. The Bureau should review the necessity of this qualifying factor moving forward.

Bankers are also never able to fulfill this requirement. Banks believe they should be able to move forward on the premise the applicant has previously received the auto allowance income and will continue to receive it.

Bankers have found the vast majority of applicants are confused by and routinely provide incorrect information in response to this requirement. Banks would find a historical perspective of how the business has performed as opposed to the balance sheet. A profit and loss statement would be a reasonable alternative.

This section seems to contradict itself. Section I D 1. A shows 3 options. A current lease, an agreement to lease or 24 months rental history, but section I D 4.b requires a current lease or agreement. It is unclear why we allow a 24 month history and subsequently require a current rental agreement. As a potential solution, CBA urges the Bureau to waive the requirement for leases if the customer can validate a two year history of rental income with tax returns.

If debt-to-income ratio remains a component of underwriting, banks would like more clarity. For example, in the absence of Appendix Q, it is unclear whether banks should plan to develop and draft their own DTI requirements for applicants to review.

Prior Verification of Employment

There are currently differing interpretations of what can be used to prove prior employment. Appendix Q states a lender must verify the last two years of employment and have the consumer explain any gaps in employment of one or more months. The industry has interpreted this requirement to mean there needs to be literal documentation from the prior employer, e.g. the last paystub, to document the literal last day of employment to ensure the consumer was not out of work more than 30 days between jobs.

Prior to the implementation of Appendix Q, the lender would obtain a W-2, and the borrower would state when they left their previous employer. If there was a prior verification of employment, lenders would use the documentation as an added bonus. There are scenarios when a business closes, and there is not a prior verification of employment available.

Moreover, CBA believes the 30 day gap of unemployment is too short a time frame. Lenders should have the discretion to determine reasonableness. In the real-world context, many individuals receive buyouts and can comfortable afford to wait for a new job. In another example, higher-level positions take longer to find new employment. Lenders are more concerned about constant job changes within a 24-month period as opposed to any risk presented by a 30-day gap in unemployment. CBA urges the Bureau to review the necessity of this qualifying factor.

CBA urges the Bureau to eliminate or simplify this requirement. Appendix Q interpretation does not allow a lender to use tax returns to document annual tax and insurance for properties found on the borrower’s schedule E rental income. To fulfill the current verification requirements, lenders make borrowers provide every mortgage, insurance and tax statement on every property. Needless to say, this has proven to be onerous and not consumer friendly. CBA believes if the expenses can be gleaned from any documentation as long as the lender documents the source, it should be deemed acceptable. For example, a bank should be able to use direct deposit transacts or any other proof of receipt for both wages and rental income.

Establish a Mechanism to Review and Update Appendix Q Requirements]Lastly, CBA urges the

Bureau to create a mechanism for review and feedback concerning Appendix Q requirements. As demonstrated above, lenders have struggled in many instances to comply with the verification requirements detailed in the current version of Appendix Q. To better assist industry with serving consumers, we need a mechanism to provide the Bureau with feedback as to how the verification requirements are working in the market. For example, the Bureau could create a medium similar to the HMDA hotline.

CBA would also recommend creating FAQ guidance for banks to have greater clarity and certainty when it comes to QM compliance.

In closing, thank you for the opportunity to provide feedback on the Bureau’s rulemaking on the General QM definition. The expiration of the GSE Patch and any changes to the broader QM framework will have a significant impact on the availability of affordable and sustainable mortgage credit. CBA welcomes dialogue with the Bureau, and we are committed to working with the Bureau to develop a future QM standard which works for both consumers and industry.