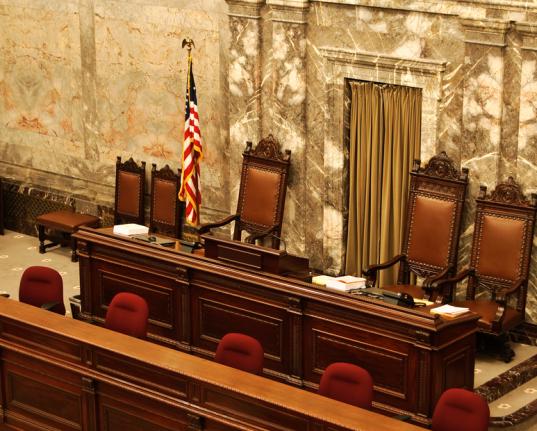 On behalf of the Consumer Bankers Association (CBA), I write to express our support for S. 2155, the Economic Growth, Regulatory Relief and Consumer Protection Act.  S. 2155 marks the first major bipartisan bill to bring about much needed reforms to the Dodd-Frank Act and the financial regulatory environment.  CBA is the voice of the retail banking industry whose products and services provide access to credit for consumers and small businesses.  Our members operate in all 50 states, serve more than 150 million Americans, and collectively hold two-thirds of the country’s total depository assets.

CBA appreciates efforts to bring forth this important first step in bipartisan agreement on financial regulatory reforms.  We urge Congress to look towards future bipartisan agreement to bring about additional and much needed legislative reforms to our financial regulatory system, specifically the Bureau of Consumer Financial Protection.  The following sections describe CBA’s position on elements of or omissions in the bill.

Section 401 of this bill would significantly change the designation of systemically important financial institutions (SIFIs) with assets of $250 billion and less.  Specifically, banks between $50 and $100 billion in assets will no longer be considered SIFIs.  Institutions between $100 and $250 billion in assets will be exempt from the designation 18 months after the date of enactment; however, the Federal Reserve will conduct periodic supervisory tests on these institutions, and has the authority to deem them systemic in the future.

CBA supports providing relief to banks under $250 billion in assets and allowing the Federal Reserve flexibility to make a more complete assessment when designating certain institutions as systematically important.  This is a significant first step and we urge Congress to continue working toward policies which consider risk rather than arbitrary asset thresholds.  Banks above $250 billion in assets have an important role in providing capital and fostering economic growth across the country.  Delivering needed regulatory relief to institutions of all sizes must be made a priority.

CBA supports the inclusion of the Making Online Banking Initiation Legal and Easy Act of 2017 (MOBILE Act), which would simplify consumers’ ability to open bank accounts online or on a mobile device from anywhere in the United States.  We believe this common-sense legislation would provide consumers with improved access to safe and regulated financial services products and promote financial inclusiveness for unbanked and underbanked consumers.

Some CBA members have developed applications that allow consumers the ability to verify their identity and open a bank account online or on a mobile device without the inconvenience of visiting a branch.  One method allows consumers to “scan” their driver’s license or other state-issued identification card to record their information.  Another method requires consumers to take a photo of their identification card and face.  Both methods simplify the account opening process and increase the number of financial institutions that consumers can access at their fingertips.

The MOBILE Act brings consistency to the various state laws that address a bank’s ability to implement the needed verification processes that would allow a consumer to scan or copy a state-issued identification card for the purposes of opening an account.  This bill will not reduce any financial institutions’ commitment to comply with federal laws aimed at preventing identity theft, financial fraud, money laundering, and terrorist financing, including the Bank Secrecy Act, its anti-money laundering rules, and Know Your Customer and Customer Identification Programs.  Rather, the MOBILE Act provides consumers easier access to the highly regulated banking industry by simplifying their ability to open an account through the process of scanning or copying their state issued identification card.

CBA applauds the inclusion of the bipartisan Protecting Children from Identity Theft Act into S. 2155.  This legislation will help protect children and adults from the threat of identity theft and fraud.  Specifically, the legislation would require the Social Security Administration to maintain a database which can be accessed by financial institutions to verify a person’s name, date of birth, and social security number for lending decisions and would permit the use of an electronic signature for consumer consent.  This common-sense legislation will provide financial institutions with a necessary tool to safeguard consumers from fraudsters.

The myriad of recent data breaches have brought needed attention to the threat of cyber threats and the seriousness of effective data security protocols.  In addition, many consumers are seeking ways to ensure the security of their personal data and more closely monitor their credit reports.  CBA members are committed to making sure customer data is safe and secure and spend considerable resources on fraud monitoring and resolution.

While CBA members understand the intent of Sec. 301 to provide free annual credit freezes in light of recent breaches, we are concerned about the potential unintended consequences on consumers’ on-demand access to credit.  Today, consumers expect real-time credit approvals and any delays can be confusing and frustrating.  While credit freezes may be the appropriate choice for some consumers, others may prefer options that enable on-demand access to credit.

Given the potential negative implications of this section on the availability and flow of credit, the Senate should hold a thorough debate on this important topic prior to passing legislation changing the current credit reporting structure.

In addition, there has been increased attention to the business of credit reporting in light of recent breaches.  Included in this legislation are proposals to provide greater scrutiny over adverse credit events and the ability of consumers to remove such events from their credit reports.

It is important that a consumer’s credit report be an up-to-date, accurate, and complete credit history for lenders to determine a consumer’s ability to repay a loan.  Lenders consider many factors when determining credit risk and may weigh credit data differently depending on their underwriting model.  However, lenders are unable to use their discretion to properly identify and manage risk when the use of certain data is restricted.  Having accurate information ensures lenders can make informed credit risk decisions.

Bipartisan Commission at the Bureau of Consumer Financial Protection

Notably absent from S. 2155 is critical legislation to transition the leadership structure at the Bureau from a sole director to a bipartisan, five-member commission, among other common-sense reforms to the Bureau that are badly needed and will ensure better rulemaking and supervision decisions for all stakeholders.  Specifically, we strongly encourage the House to swiftly act on the Financial Product Safety Commission Act of 2018 (H.R. 5266), a bipartisan bill to establish a commission at the Bureau.

Recent disagreements regarding the transition of power at the Bureau highlight the failures of the current governance structure, which is subject to dramatic political shifts with each change in presidential administration.  A commission would provide a source of balance and stability for consumers, the economy, and the financial services industry by providing smoother transitions between administrations.  Further, a commission would encourage internal debate and deliberation from multiple leaders with diverse experiences and expertise.  CBA believes such a governance structure would ultimately lead to increased transparency and more bipartisan, reasoned rulemakings and judgments, which would encourage economic growth and promote greater participation in the economy.

A bipartisan commission is a common-sense solution to the recent uncertainty surrounding the transition and has a track record of bipartisan support.  In fact, the idea of a commission structure was originally drafted and approved by a Democrat-led House of Representatives.  Importantly, the American people are supportive of a bipartisan commission at the Bureau.  A recent Morning Consult poll shows that by a margin of three to one, registered voters support a bipartisan commission over a sole director, with only 14 percent of those polled stating they prefer to keep the Bureau’s current leadership structure.  Furthermore, two-dozen trade associations representing thousands of banks, credit unions, financial institutions, and businesses of all sizes support this needed change.

To preserve the Bureau as an effective regulator, with a mission to protect consumers regardless of which political party is in the White House, Congress should return the Bureau to its originally intended and planned structure, from a sole director to a bipartisan commission.  We urge Congress to continue its bipartisan effort to improve our financial regulatory system by passing legislation to improve the Bureau’s governance.

CBA supports the passage of S. 2155 and welcomes the opportunity to continue to work with the House to enact legislation that will reform the financial services regulatory framework and reduce the regulatory burden for financial institutions of all sizes.