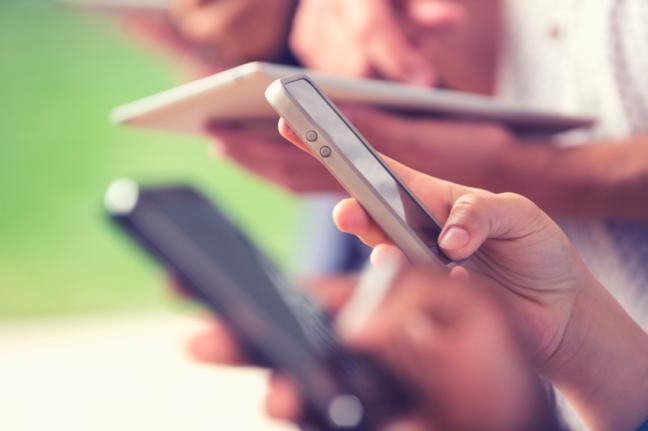 Re: Reply Comments on Notice of Inquiry Regarding Call Authentication Trust Anchor, WC Docket No. 17-97.

The Consumer Bankers Association (“CBA”)[1] appreciates the opportunity to respond to the Federal Communication Commission’s (“Commission”) Notice of Inquiry (“NOI”) regarding establishing and governing a call authentication trust anchor.[2]  As a trade association focused on retail banking operations, we value efforts by the Commission to authenticate telephone calls.  Our member banks make millions of calls to consumers each year, and want to ensure their customers can trust the communications they make every day.

CBA recommends the Commission develop a call authentication model that promotes voluntary participation.  While CBA applauds efforts by the Commission to combat fraudulent calls, requiring adaptation of the call authentication model may place an onerous burden on CBA’s members, many of whom have complicated telephone systems, which employ hundreds of agents, using different telephone numbers.  Mandating compliance with a call authentication trust anchor will likely raise the cost of these call systems exponentially for CBA’s members, who are currently doing everything within their power to comply with the Telephone Consumer Protection Act (“TCPA”) and other communication-focused regulations.  Especially for some of CBA’s smaller members, such an onerous system could completely halt the communications many of our bank’s customers rely on to stay financially safe and sound.

For those companies that do use the trust model, the administering body should ensure that when a call is made using the system, that there is no delay or pause when the recipient answers their call.  Such a pause may lead for a consumer to believe that they are receiving a fraudulent robocall[3] when in fact they are receiving a completely legal, consented-to communication, containing important information. Ensuring this pause does not occur through use of the system will greatly impact caller’s ability to effectively reach their customers.

The Commission should consider a safe-harbor provision against TCPA litigation for those companies that do use the trust authentication anchor.  With millions of fraudulent calls occurring every year, robocalls have created a landscape rife with litigation.  Often, problems can arise when a fraudulent company masquerades as a legitimate one to compromise consumer’s private financial information.  The Commission should provide a safe-harbor against certain streams of TCPA litigation for those companies that do opt-in to the call authentication system, as this would be a great way to encourage the use of the system without mandating its use.  CBA’s member remain proactive in combatting fraud and consumer harm, and providing a safe-harbor against time-consuming and expensive TCPA litigation through use of the call authentication trust anchor would give our members another avenue to do just that.

CBA notes that whatever body administers a call authentication system should remain neutral in providing access to the system.  Currently, carrier neutrality is vital to ensuring CBA’s members are able to efficiently contact their customer base.  The Commission needs to ensure such neutrality is upheld through the call authentication trust model. Companies must be able to effectively serve their customers without fear that certain carriers will develop subjective standards that preclude access to the system.  Absent neutrality in the trust anchor, consumers may receive more fraudulent calls, see increased compromises to their personal information, and lose confidence in the financial institutions, carriers, and those governing bodies entrusted with protecting consumer interests.

CBA greatly appreciates the Commission’s efforts to combat fraudulent and dangerous calls through its consideration of a call authentication trust anchor.  Ensuring that any system implemented remains neutral, and is not mandated for callers will greatly impact the positive benefits such a system can offer to consumers.  Should you need further information or insight to any of the issues presented prior, please do not hesitate to contact the undersigned directly.

[3] Statement of FCC Comm’r. Mignon L. Clyburn,  Re: Advanced Methods to Target and Eliminate Unlawful Robocalls, CG Docket 17-59; Call Authentication Trust Anchor, WC Docket No. 17-97, (stating, “The phone rings, you pick it up, then you notice a distinct pause.  You sigh heavily because you know that within seconds, a recording will follow saying something like this: ‘Congratulations!  You have just been chosen to receive an all-expenses paid vacation to Florida.’ We each have had our encounters with robocalls, and our feelings about them are rarely warm or fuzzy.”).