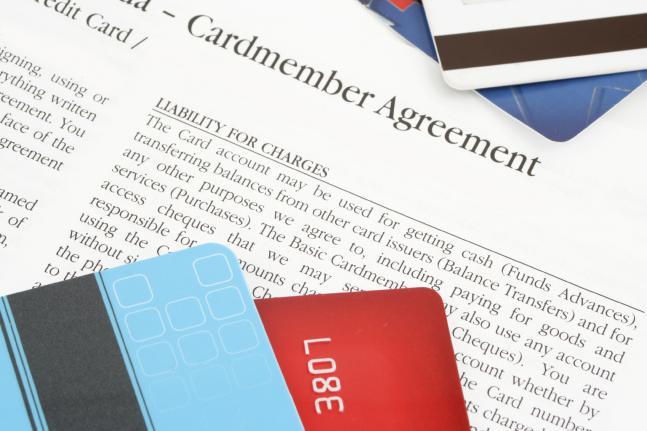 Re: Comments on the Bureau’s Proposed Arbitration Rule

The American Bankers Association,1 the Consumer Bankers Association and the Financial Services Roundtable (collectively, the Associations) appreciate the opportunity to provide comments regarding the Bureau of Consumer Financial Protection (Bureau’s) proposed rule regulating consumer arbitration agreements in financial services contracts published in the Federal Register on May 24, 2016.


The Associations have been active participants throughout the administrative process leading up to the proposed arbitration rule.  In fact, this is the Associations’ fourth submission to the Bureau on arbitration.

Many of the Associations’ members, constituent organizations and affiliates (collectively, members) utilize arbitration agreements in their consumer contracts and, indeed, many of those contracts were included in the Study’s data set. The Associations’ members are major stakeholders in the Bureau’s examination of consumer arbitration and will be affected by the Bureau’s proposed rule, most particularly by its proposed prohibition on class action waivers.  More significantly, our members’ customers would be negatively affected by the Bureau’s proposal, decreasing their available avenues for quick and effective complaint resolution, and steering them into resolution channels where, as evidenced in the Bureau’s own Study, they would receive poorer resolution.

Section 1028 of the Dodd-Frank Wall Street Reform and Consumer Protection Act of 2010 (Dodd-Frank Act) requires the Bureau to “conduct a study of, and to provide a report to Congress concerning, the use of agreements providing for arbitration of any future dispute between covered persons and consumers in connection with the offering or providing of consumer financial products or services.” Section 1028 further provides that the Bureau, “by regulation, may prohibit or impose conditions and limitations for the use of [such] an agreement” if it “finds that such a prohibition or imposition of conditions and limitations is in the public interest and for the protection of consumers.” The findings in such a regulation must also be “consistent with the study.” (Emphasis added).

First, the proposed rule is not “in the public interest,” nor does it meet the requirement to provide for consumer protection, because it would inflict serious financial harm (1) on consumers (those whom the Bureau is charged in the statute with protecting), (2) on the American federal and state court systems, and (3) on financial services providers. The Bureau provides estimates of covered entities’ costs that will result from the additional class action litigation that will be filed if the proposed rule becomes final. The costs are unprecedented and staggering. As discussed in Part II of this letter, the Bureau estimates that the proposed rule will cause 53,000 providers who currently utilize arbitration agreements to incur between $2.62 billion and $5.23 billion on a continuing five year basis in defending against an additional 6,042 class actions that will be brought every five years after the proposed rule becomes final.6 These costs are not one-time costs, but continuing costs as the increase in class action filings are perpetual.

However, it is consumers who will truly suffer if the proposed rule becomes final. As taxpayers, they will pay for the increased costs to the court systems required to handle the permanent surge of 6,042 additional class actions every five years. As litigants, they will suffer increased court backlogs that long delay resolution of their cases. As customers of the providers, they will be saddled with higher prices and/or reduced services, because the billions of dollars in additional class action litigation costs will be passed through to them in whole or in part. In at least 87% of the class actions they will not benefit, because, as the Bureau found, in 87% of class action settlements consumers receive no compensation, and in the rare cases where they do receive a cash payment from a class action settlement, it will be a pittance, inasmuch as the Bureau Study found that the average participant in the class actions who were granted any reward received $32.35. Meanwhile, billions of dollars will be paid to the lawyers “representing” them. Moreover, at the same time consumers will be spending more as taxpayers and users of financial services, they will lose the many benefits of arbitration that the Bureau acknowledges in the proposed rule – resolving disputes in months, not years (at a fraction of the cost of litigation), receiving an average recovery of nearly $5,400 (166 times the average putative class member’s recovery of $32.35), and enjoying the much more accessible avenue of dispute resolution than having to go to court.

Also illustrating that the rule is not needed “for the protection of consumers,” and therefore should not be made final, is the Bureau’s conclusion that there is nothing about arbitration that is per se harmful to consumers or to society as a whole. The Bureau itself, in its own practices, encourages its own employees to use alternative dispute resolution to resolve workplace disputes because it provides “faster and less contentious results” and it preserves “confidentiality.”7 As discussed in Part III of this letter, the Bureau’s own data contradict its conclusion that arbitration agreements with class action waivers harm consumers by blocking class action claims and suppressing the filing of others. Among other things —

(a) 85% of credit card issuers and 92.3% of banks do not have arbitration clauses in their consumer loan or deposit contracts;

(b) Claims were ordered to be arbitrated in only 8% of the class actions studied by the Bureau;

(c) 87% of the class actions that the Bureau claims are not brought because of arbitration agreements would not produce any benefits to consumers in any event;

(d) Small-dollar consumer claims are resolved more effectively and efficiently through government complaint portals such as the one maintained by the Bureau, as well as through providers’ own informal dispute resolution procedures; and

(e) The Bureau claims that its own supervisory and enforcement actions have resulted in over $11.4 billion in relief to more than 25 million consumers — an important data point omitted from the Study. In other words, in the Bureau’s own public assertions, consumers received an average payment of $440.00, compared to the $32.35 received by the average putative class member, and billions of dollars were not diverted to pay plaintiffs’ class action attorneys’ fees.

The proposed rule also threatens to have an adverse impact on consumers because arbitration is likely to disappear almost entirely if class action waivers are eliminated. Consumers thus lose access to a fast, efficient, less expensive, and more convenient dispute resolution system. Most notably, it will no longer be a viable option for those who have small-dollar “nonclassable” claims – i.e., claims that are not amenable to class action disposition because they do not implicate systemic conduct. Consumers wanting to pursue non-classable claims will have to endure the inconvenience and costs of going to court. This includes taking time off from work, paying court costs, and facing the challenges inherent in the court system to prosecute such claims. Particularly for small dollar claims, consumers are likely to conclude that prosecuting the claim in court is more trouble than it is worth.

Moreover, the Bureau has ignored other dispute resolution mechanisms that address the Bureau’s justifications for the proposal, specifically its concerns regarding resolution of smalldollar claims, redress for harms unknown to consumers, and the modulation of corporate behavior. The Bureau has discounted the impact of informal resolutions, its own Complaint Response Portal, and social media. It has also neglected to mention what elsewhere in its public statements the Bureau loudly touts, the power of government enforcement actions, including its own. Finally, the Bureau failed to consider, as required, alternatives that would address the Bureau’s concerns, such as allowing enforcement of class action waivers for matters that the financial service provider has identified and resolved prior to a class action being filed.

Second, the proposed rule is not “consistent with the study.” Notably, as discussed in Part III of this letter, the Bureau’s commentary accompanying the proposed rule expressly confirms the Associations’ position that arbitration is faster, more economical, and far more beneficial to consumers than class action litigation and that the arbitration process is fair to consumers.

In truth, the Bureau’s proposed ban on class action waivers and the resulting projected avalanche of additional class actions is not necessary to protect consumers and is not supported by the Bureau’s empirical Study. Two noted arbitration scholars recently concluded that the Bureau’s Study “provides no foundation for imposing new restrictions or prohibitions on mandatory arbitration clauses in consumer contracts.”9 According to their critique, the Study “fail[s] to support any conclusion that arbitration clauses in consumer credit contracts reduce consumer welfare or that encouraging more class action litigation would be beneficial to consumers and the economy …. Substantially more and different evidence would be necessary to conclude that consumers are harmed by arbitration or that they would benefit from unleashing class action litigation more routinely.”10

Third, the Study was incomplete on key issues that would have further demonstrated that the proposed rule is not in the public interest or needed for the protection of consumers. The Bureau neglected to review the effect of its own administrative and enforcement activities and did not study consumer satisfaction with arbitration, as recommended. Nor did it study either the impact on consumers and society if companies abandon arbitration or the costs to consumers and society of the additional 6,042 class actions that would be filed every five years. It also did not investigate whether class actions are necessary as a deterrent given the impact of modern social media. Finally, while its survey found a lack of awareness about arbitration as an option for dispute resolution, its Consumer Education and Engagement division spent none of its resources on educating consumers about arbitration.