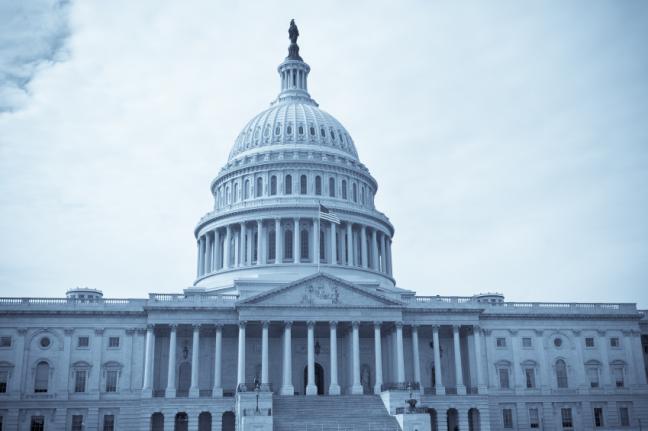 The undersigned trade associations, representing depository institutions that serve millions of American consumers, are pleased to share our views on pending legislative measures that propose to limit the fees and interest charged on consumer loans, such as bills that would impose a national “fee and interest rate” cap of 36%.

Small dollar loans, credit cards, and other forms of short-term credit are critical to help people meet emergency expenses, disruptions in pay, and misalignments in the timing of their expenses and income. The proposed 36% fee and interest cap would make it more difficult for many consumers to obtain credit, thereby harming the very consumers the legislation seeks to protect. Congress should reject these legislative measures.

Proponents believe a cap on fees and interest would help consumers, especially subprime borrowers with less-than-perfect credit histories, by limiting what they pay on payday loans and other less-regulated short-term credit. In reality, its impact would extend far beyond payday lenders to the broader consumer credit market to cover affordable small dollar loans (including “accommodation” loans) that depository institutions are being encouraged to offer, credit cards, personal loans, and overdraft lines of credit. As a result, many consumers who currently rely on credit cards or personal loans would be forced to turn elsewhere for short-term financing needs, including pawn shops, online lenders—or worse—loan sharks, unregulated online lenders, and the black market.

A 36% rate cap, however calculated, will mean depository institutions will be unable to profitably offer affordable small dollar loans. For a loan product to be sustainable, depository institutions must be able to recover costs. Costs include not only cost of funds, but also costs related to compliance, customer service, IT, underwriting, administration, and defaults (including losses). For a three month $500 loan, costs would generally amount to $55 which if charged to the consumer would equate to a 44% rate. Such a rate would be prohibited under the legislation. Indeed, the all-in 36% cap would prohibit a small dollar loan product offered by a large depository institution that the Pew Charitable Trusts called a “game changer” with “affordable payments.” Depository institutions could choose either not to offer small dollar loans or, to comply with the cap, increase the minimum amount of the loan, which would force consumers to borrow more than they want or are able to manage.

Credit card customers will also be impacted by the proposed all-in rate cap. Including annual fees and other fees in the calculation will cause credit cards to exceed the cap, resulting in the elimination or reduction of popular and valued credit card features like cash-back and other rewards. Such a cap will also inhibit innovative credit cards with non-credit features designed to attract underserved groups because even a nominal annual fee will result in an all-in rate that exceeds 36%.

History has shown that fee and interest rate caps reduce access to credit, especially for those with no or marred credit histories. They also limit consumer choice and shrink competition. One study found that interest rate regulation in Oregon cut families off from credit compared to a similar population in Washington State that was not subject to the same restrictions. Similarly, a second study found that borrowers, especially marginal borrowers, who were restricted in their ability to obtain credit because of an interest rate cap benefited when the cap was raised.

Moreover, the pending legislation specifies use of the “military annual percentage rate” (MAPR) as defined in the Military Lending Act Rule to calculate the cost of credit. In addition to including fees not included in the familiar federal rate calculation used today to measure and explain the cost of credit (i.e., the annual percentage rate or APR), the MAPR of that rule is flawed, i.e., mathematically incorrect, and overstates the cost of credit—as it assumes a fee imposed once a year is imposed 12 times a year. For example, a credit card with a $10 annual fee and 18% interest rate will have an MAPR of 138% if the balance is $100 in the month the annual fee is charged.

We urge you to oppose pending fee and interest rate cap legislation because it will reduce access to credit for millions of consumers, particularly subprime borrowers who rely on affordable small dollar loans, credit cards, and other depository institution products for short-term financing needs. Fee and interest rate caps will also discourage development of innovative products, especially those designed for the under-served market.

May 4, 2022
CBA: Expansion Of Durbin Amendment Would Harm Consumers,...