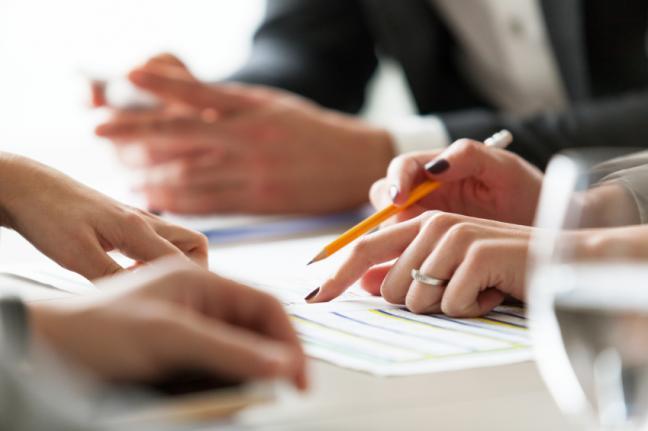 The undersigned associations and organizations, which collectively represent hundreds of thousands of businesses that employ millions of Americans and serve millions of customers, welcome the opportunity to offer the following comments for consideration by the Consumer Financial Protection Bureau (the “Bureau”) in connection with its proposed rule on arbitration agreements (the “Proposal”).1  For the reasons set forth in this letter, we respectfully request that the Bureau withdraw the Proposal because it would have the practical effect of eliminating the availability of low-cost, efficient, and fair arbitration programs for consumers.  If the Bureau will not go back to the drawing board, we respectfully encourage the Bureau to consider adopting in any final rule a more tailored approach to regulating arbitration agreements that preserves consumers’ access to arbitration.

Our comments arise from our common desire to preserve the “liberal federal policy favoring arbitration” because arbitration has served consumers and other stakeholders well for decades by providing an alternative to crowded courtrooms, complex litigation rules, and the broken class action system.2  Arbitration is a consumer-friendly dispute resolution system that costs less and is more efficient than in-court litigation, especially class action litigation.  In fact, many of the types of claims consumers actually care about cannot be litigated in class actions because they arise under unique facts and circumstances.  In arbitration, consumers can participate in proceedings via telephone, videoconference, or email, with or without a lawyer, before a fair and impartial subject-matter expert who usually reaches a decision in a matter of a few weeks or months.  In contrast, class actions often take years to resolve and provide little or no benefit for consumers but provide significant pecuniary enrichment for trial lawyers.4  Recognizing arbitration’s benefits, many companies presently offer subsidized arbitration programs for their customers: they pay the customer’s filing fee, most of the discovery and other costs, and some even pay a “bonus” to customers who prevail in arbitration.  In exchange for this consumer benefit, companies generally require all claims to be filed in arbitration.

We are concerned that the Proposal, while not directly banning pre-dispute arbitration, would have the practical effect of eliminating arbitration as an option for consumers because it will be uneconomic for companies to continue subsidizing arbitration for their customers if the Bureau forces them to bear the massive expenses associated with class action litigation.  We believe that decreasing access to arbitration and increasing the prevalence of class actions would diminish consumer welfare and call into question whether the Bureau has satisfied the statutory requirements that any rulemaking on arbitration agreements be “in the public interest and for the protection of consumers” and consistent with the Bureau’s arbitration study.5  Our belief draws support from the Bureau’s own 2015 Arbitration Study, which found that 87% of putative class actions resulted in zero class-wide recovery6 and that among the 13% of class actions that did settle on a class-wide basis, a weighted average of only 4% of consumers in those cases received any monetary recovery at all.7  When they did, the average payout was approximately $32.

In light of the Bureau’s own research demonstrating the benefits of arbitration and the comparative ineffectiveness of the class action system in delivering meaningful relief for consumers, and the likelihood that the Proposal would, as a practical matter, replace the former with the latter, the Bureau should withdraw the Proposal. If the Bureau does not withdraw the Proposal, the Bureau should give serious consideration to a more tailored regulatory approach, developed in collaboration with stakeholders, to address any specific, clearly identified concerns it has with arbitration.  After all, even if the Bureau were to identify concerns with the arbitration system, replacing arbitration with the broken class action system would not improve consumer welfare.  The Bureau should also explore ways to deploy its financial literacy resources to educate more consumers about the benefits and availability of arbitration.

We and the businesses that our organizations represent are committed to partnering with the Bureau to ensure that the consumer financial marketplace is transparent, competitive, innovative, and free from fraud and predation.  When regulation is appropriate to achieve that goal, we believe that the best outcomes for consumers are reached when government and stakeholders collaborate to devise and implement policies that meet regulatory objectives while retaining maximum consumer opportunity and business flexibility.

Thank you for your consideration of these comments.  We stand ready to work with the Bureau on this important consumer issue.

The State Chamber of Oklahoma