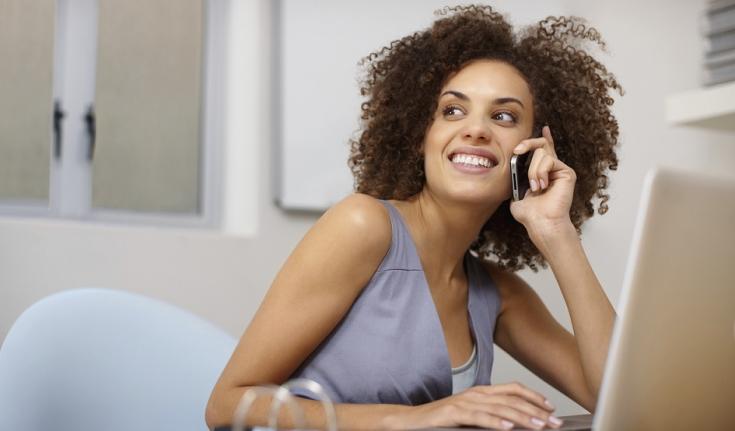 The undersigned trade associations and business groups, representing hundreds ofthousands of U.S. companies and organizations from across the U.S. economy, strongly urge the Federal Communication Commission (“FCC” or “Commission”) to expeditiously address the issues raised in the numerous petitions that have been and continue to be filed with the Commission regarding the Telephone Consumer Protection Act (“TCPA”). Given that compliance-minded organizations in a variety of sectors are being dragged into court and strongarmed into large settlements on an almost daily basis under the TCPA, for actions that do not remotely threaten the privacy interests that the statute was intended to protect, regulatory relief by the Commission is desperately required. We ask for clarification from the FCC to help curb abusive lawsuits that likely harm consumers overall.

I. Consumer Use of Wireless Phones is Vastly Different Than When the TCPA Was Enacted Almost 25 Years Ago

In response to complaints about unwanted telemarketing telephone calls, especially during dinner time, Congress passed the TCPA in 1991. It includes a provision that prohibits the use of “automatic telephone dialing systems” (a term defined by Congress with specific elements) – instead of manual dialing – or an artificial or prerecorded voice under certain circumstances when calling a wireless telephone.

When the TCPA was enacted over two decades ago, wireless telephones were a luxury item, charges for receiving calls on a wireless telephone were prohibitively expensive, and the landline telephone was the dominant consumer telecommunications device. However, as the Commission itself has acknowledged, “wireless use has expanded tremendously since the  passage of the TCPA in 1991.”1 Today, 90 percent of Americans own wireless telephones2 and 58.8 percent of households are entirely or predominantly “wireless-only.”3 Moreover, the number of “wireless only” households grew by 3 percent between the second half of 2013 and the first half of 2014, the largest 6-month increase since 2010, and there are five demographic groups in which the majority live in households with only wireless telephones.4 Certain parts of the country also have a particularly high number of wireless-only households.5 Furthermore, many consumers today have calling plans that provide unlimited minutes, making use of wireless telephones inexpensive as well as convenient for the general public.

Compared to 1991, organizations today—including many small businesses—use efficient, automated technologies to place a variety of time-sensitive, non-telemarketing calls. Unfortunately, due to a lack of clarity under the TCPA, these important communications are increasingly being chilled, organizations making the calls are increasingly being subjected to frivolous litigation, and consumers are increasingly missing important communications. This situation has a disproportionately negative impact on lower-income households, particular age groups, and residents located in certain parts of the United States.6

II. Regulatory Clarity Regarding the TCPA is Desperately Needed

While the wireless marketplace and consumer use of this technology have rapidly evolved, the TCPA has not changed and the FCC’s regulations have not kept pace. There is, unfortunately, a tsunami of class action TCPA lawsuits driven not by aggrieved consumers, but by opportunistic plaintiffs’ firms taking advantage of uncertainty in the law to rake in attorney fees. As the immense record before the Commission details, TCPA lawsuits against businesses and other entities are skyrocketing. TCPA litigation grew by 560% between 2010 and 2014. 7

The law is being abused through litigation theories never intended by Congress. For example, some plaintiffs contend that any system (whether or not it is actually an “automatic telephone dialing system” as defined by the statute) triggers TCPA liability under the perplexing theory that even a system that is not automatic could be modified to later become automatic, hypothetically sometime in the future. Others contend that a system need not even have the statutory elements of an “automatic telephone dialing system” to be an “automatic telephone dialing system” under the statute. This cannot be what Congress intended. The defendants in these cases are no longer just the telemarketers that Congress targeted; they are businesses, big and small alike, forced to choose between settling the case or spending significant money defending an action where the alleged statutory damages may be in the millions, or even billions, of dollars. Further, many of these companies are being sued for reasons outside of their control, such as dialing a number provided by a customer that was later reassigned to another party.

The wide-spread litigation and the specter of devastating class action liability has or may spur some businesses and organizations to cease communicating important and time-sensitive non-telemarketing information via voice and text to the detriment of customers, clients, and members. Without FCC action, consumers may not, for example, be timely informed of options to avoid a foreclosure, going into collection, a bad credit rating, or confiscation of property; receive notice of payments due and other billing issues; receive basic requested information ranging from time-sensitive prescription refill reminders and other healthcare notifications to the details of a money transfer and other financial transactions; or receive information specifically requested by the consumer through an on demand text. The benefits of these services cannot be overstated–in the student loan market, it is estimated that 1 million or more borrowers each year will “time out” and default on their student loans, in large part because their servicers cannot efficiently reach them on their wireless devices.8  By helping to keep individuals current on their payments, or, at least, preventing their debt from spiraling out of control, these types of communications have the ability to lower costs for consumers. The undersigned groups ask for clarification from the FCC so that the statute is applied in the manner that Congress intended, as expressed through the specific language Congress enacted.

As reflected in the record before the FCC, the requested clarifications will neither “gut” the TCPA nor “open the floodgates” to abusive calls. The clarifications will, however, curb abusive lawsuits that ultimately are likely to harm consumers overall. We urge the Commission to modernize its TCPA implementation by providing commonsense clarifications and necessary reforms to facilitate the delivery of time-sensitive consumer information to mobile devices while continuing to protect consumers from unwanted telemarketing calls.

By addressing the important issues raised in the pending TCPA-related petitions, the Commission can help curtail abusive lawsuits that will likely lead to increased costs for consumers, provide American businesses with desperately needed certainty, and ensure that businesses maintain the ability to communicate in an efficient manner that best meets the demands of their customers, while at the same time preserving the important goals of the TCPA. The FCC, as an expert agency, must recognize that the world has changed significantly since 1991 and it is time for the FCC to clarify and modernize its TCPA rules to reflect the realities of today.