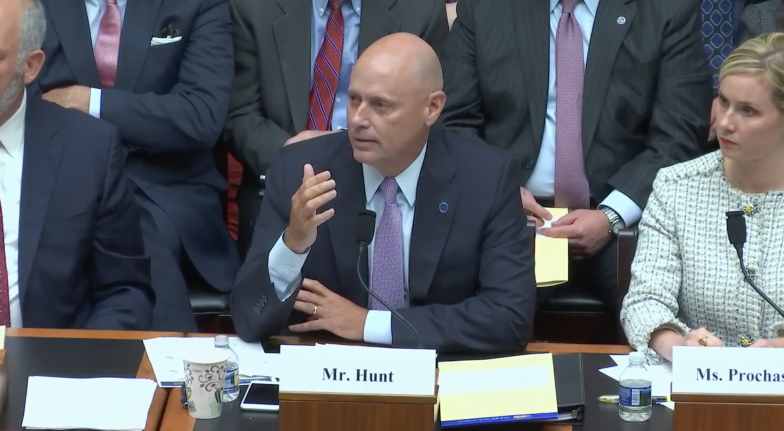 NOTE: For the complete oral and written testimony for this hearing, view the PDF file here.

“Improving Transparency and Accountability at the Bureau of Consumer Financial Protection”

Chairman Luetkemeyer, Ranking Member Clay, and members of the committee, thank you for having me here today to discuss the importance of bringing increased accountability and transparency to the Bureau of Consumer Financial Protection.

My name is Richard Hunt and I am the President and CEO of the Consumer Bankers Association. Our members operate in all 50 states, provide $4 trillion in consumer loans, serve 140 million customers and employ 1.7 million people.

Let me say from the onset, CBA and our members support the mission of the Bureau to protect consumers and take action against companies that break the law.

That is why I am happy to be here today to talk about ways to strengthenand depoliticizethe Bureau.

When Congress – through the Dodd-Frank Act – created the Bureau, it was granted jurisdiction over more than 11,000 banks and credit unions as well as countless non-depository institutions. It was also given unprecedented rulemaking, supervision, and enforcement powers for nearly every financial institution and virtually all consumer financial products.

All of that power was given to a single director, which means one person:

It also means the next director has the sole authority to undo every one of those actions – like a political pendulum, swinging with each new Administration.

As Congress contemplates changes to the Bureau, any meaningful discussion should start with the Bureau’s leadership structure.

Congress should create a bipartisan, Senate-confirmed commission to:

I want to thank Representatives Ross, Sinema, Wagner, Scott, Luetkemeyer, Gonzalez and McHenry for their bipartisan leadership in introducing and supporting legislation to achieve this goal.

They are not the only ones who believe this.

When Dodd-Frank passed the House in 2009, it included a five-member commission. And, the House has passed legislation creating a commission since then.

Acting Director Mulvaney, former FDIC Chair Sheila Bair, members of this committee, and the American people in a recent Morning Consult poll all support or have supported a commission over a sole director.

In April, Acting Director Mulvaney testified before the full committee on his Semi-Annual Report to Congress. During his testimony, he expressed support for a commission and outlined four recommendations...