As AFSA said it anticipated, the proposed rule bans the use of class-action waivers in consumer credit agreements, which can include vehicle installment contracts.

In 60 percent of class actions studied by the CFPB, consumers received no remuneration at all, according to AFSA’s analysis.

The association went on to mention that in the 15 percent of cases where consumers received monetary compensation in class actions, they received an average of just $32.35, after waiting an average of 24 months. In contrast, AFSA found that consumers who prevailed in arbitration agreements, on average, received $5,389.

“The real winners in class action lawsuits are plaintiff’s attorneys who divided approximately $424 million in fees,” AFSA said on its website.

“Despite a wealth of evidence suggesting that the bureau’s interpretation of its own study is flawed, today’s rule, in its present form, would have a negative impact on customers by taking away a valuable tool to resolve disputes,” the association went on to say.

AFSA added that it will comment on the proposed rule and will continue its ongoing dialogue with the CFPB.

Meanwhile, ABA took a similar stance, citing some of the same trends in the CFPB’s study that AFSA mentioned, too.

​“Consumers will get less and pay more if the CFPB’s proposal to sideline arbitration and promote class actions is ultimately adopted,” ABA president and chief executive officer Rob Nichols said. “Banks resolve the overwhelming majority of disputes quickly and amicably.  When needed, arbitration is an efficient, fair and low-cost method of resolving disputes in a fraction of the time — and at a fraction of the cost — of expensive litigation. This helps keep costs down for all consumers.

“Despite acknowledging these clear benefits in its 2015 study, the CFPB has chosen to put the future of arbitration at risk by requiring companies to face a flood of attorney-driven class action suits from which consumers receive virtually nothing,” Nichols continued. “We hope the CFPB will use the public comment period to rethink its approach to regulating arbitration in a way that puts consumers — not class action lawyers — first.”

Furthermore, CBA president and CEO Richard Hunt offered his theory on the motives behind what the CFPB proposed this week.

“Arbitration has long provided a faster, better, and more cost-effective means of addressing consumer disputes than litigation or class action lawsuits.  The real winners of today’s proposal are trial attorneys, not consumers,” Hunt said. “The CFPB’s own study shows consumers are better served by arbitration, noting that 60 percent of class action lawsuits provide consumers with no benefit.

"Per the bureau’s study, a consumer recovers on average $5,389 when using arbitration and just $32.35 when participating in a class action suit," he continued. "One reason for this great disparity is because class action attorneys take on average 21 percent from their clients’ cash recoveries, some take as much as 63 percent.

“It is unfortunate this pre-baked proposal is political rather than substantive,” Hunt added. “Given arbitration’s benefits for consumers and banks alike, CBA will continue its efforts to ensure a final rule does not end up eliminating this alternative dispute resolution process.” 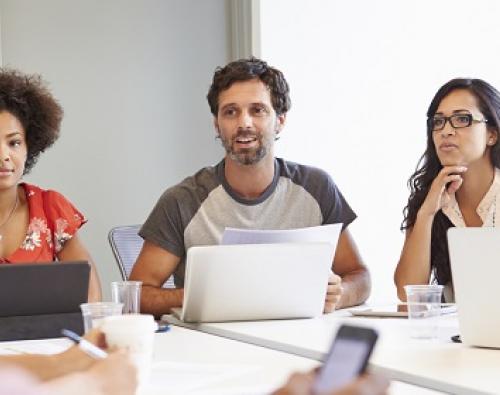