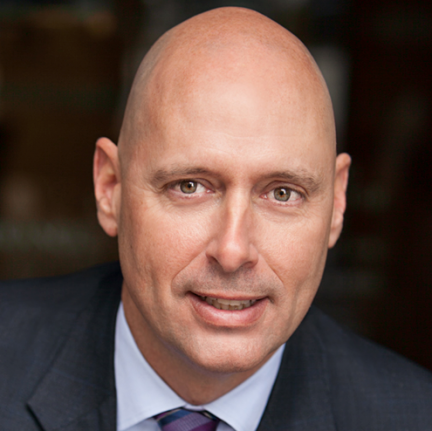 When it comes to shaping the regulatory and business environment to best serve the needs of banks and consumers, shortsightedness and lack of consistency may be two of the greatest obstacles facing the financial industry today.

Speaking with Dodd Frank Update at CBA LIVE 2019 in Washington D.C., Consumer Bankers Association (CBA) President and CEO Richard Hunt detailed his views on the need for cooperation among federal regulators to mitigate uncertainty among supervised entities and for policymakers and banks to be willing to see the big picture.

Though he believes it is too early in her tenure to make sweeping judgments, Hunt said he is encouraged by Kathy Kraninger’s first few months leading the Consumer Financial Protection Bureau (CFPB), saying that he supports a fair and consistent approach to financial regulation.

“The only way banks survive is to have good, common-sense regulation,” Hunt said. “You must have regulation in an industry of our size, as long as it’s fair and consistent. That’s why we have pushed for a CFPB commission – so we can think long-term and not just in five-year increments.”

The need to modernize CRA requirements in a way that serves consumers and banks was among the most talked about topics throughout the conference, which culminated with Hunt sitting down to speak with Federal Deposit Insurance Corp. (FDIC) Chairwoman Jelena McWilliams and Comptroller of the Currency (OCC) Joseph Otting during the final general session about when the industry can expect something concrete in that regard. The regulators indicated that such change could happen within a year or less.

McWilliams and Otting asserted that regulators need to get on the same page to make regulatory reforms that are consistent and work for all stakeholders, which Hunt believes as well.

He pointed to short-sightedness among political officials on both sides of the aisle as one of the most critical issues preventing the kind of regulatory change for which the financial industry continues to seek.

“Neither party is thinking 10 or 15 years down the road; they’re only thinking about the next election,” Hunt said. “That’s always very dangerous.”

The negative impact of the current short-sighted congressional mentality perhaps is most evidence in respect to the CFPB.

CBA and Hunt have been tireless in their calls for the bureau to be restructured into a bipartisan, multimember commission, regardless of the controlling parties in the White House or Congress. Hunt has contended that such a change is the only way to ensure the sort of balanced, consistent regulatory approach the banking industry needs.

The political divide between the Democratic-controlled House and Republican-controlled Senate likely will make the task of passing any substantial regulatory relief measures challenging to say the least. That, however, has not stopped CBA and Hunt from continuing their push for a CFPB restructure – an action that would require an act of Congress or intervention by a federal judge.

Had former House Financial Services Committee (FSC) Chairman Jeb Hensarling (R-Texas) not eliminated a provision to create a bipartisan commission from his regulatory relief plan, outlined in the Financial Choice Act, Hunt believes it may have been included in the Economic Growth, Regulatory Relief, and Consumer Protection Act (S. 2155) and ultimately adopted into law.

That development, plus certain other unforeseen events in the political and regulatory spheres, sent CBA’s advocacy efforts and the fate of the regulatory system in an entirely different direction than anticipated, Hunt explained.

“Keep in mind, we’ve been after this for many years, even when everyone under the sun thought that Hillary Clinton was going to be the president,” Hunt said. “And we were even negotiating with Senate Democrats to make Richard Cordray chairman of the commission and to start a new five-year term. We were planning for the next 20 years, not the next five.”

Hunt added that he finds FSC Chairwoman Maxine Waters’ Consumers First Act (D-Calif.) “a little hypocritical” because it seeks to limit the powers and duties of Kraninger, whereas, during Cordray’s tenure as CFPB director, Waters and her Democratic colleagues were extremely protective of the director’s broad scope of authority under the Dodd-Frank Act.

The CFPB is not going anywhere, Hunt asserted, and no organization that he’s aware of is advocating for its elimination. He noted that even if there was a substantial appetite to abolish the agency, Congress doesn’t have the votes necessary to overturn the Dodd-Frank provision that created it, and the federal government already has invested billions of dollars into the agency.

With that said, Hunt reiterated that CBA is hopeful that enough key members of Congress will come to the same conclusion as CBA regarding the notion of making the bureau run by a commission, and make it a reality before the “pendulum can swing back the other way” when Kraninger’s term expires.

“If Congress thinks the single-director model is right, then let’s change the Securities and Exchange Commission (SEC), the FDIC and every other agency in town to a single director,” he said. “If they like the single-director structure so much, let’s get rid of the minority party in the House of Representatives, whomever that may be, and not let them speak or vote. That, in essence, is what we have today at the CFPB.”

Although he was disappointed that S. 2155’s passage did not move the needle closer to a CFPB commission, it was no more disappointing to Hunt as the law’s failure to implement an activities-based regulatory framework for financial institutions. He said the decision to have S. 2155 set the asset threshold at $250 billion for an institution to be designated a systemically-important financial institution (SIFI) was a completely arbitrary move done just to get a bill passed.

“We can make a hell of an argument that there are banks larger than $250 billion (in assets) that pose less of a threat of systemic risk than some banks under $250 billion,” Hunt said. “I thought that was a big miss.”

He added that he believes Crapo did everything he could to include common-sense relief measures in S. 2155, “but, at the end of the day, he had to get to 60 votes.”

He called MOBILE Banking Act provisions pertaining to the opening bank accounts online “the unsung portion” of S. 2155, given its positive impact for banks and credit unions of all sizes in terms of helping them grow their deposits and customer reach.

Given those political challenges and the shift to a more industry-friendly approach among federal regulators appointed under President Donald Trump, Hunt acknowledged that the best opportunity for reforms to help the banking industry may lie with the federal banking agencies.

Another one of the most pressing matters on which regulators will need to collaborate is the ongoing rise of non-bank entities in the financial sector, particularly fintechs.

During the opening general session at CBA LIVE, Hunt recalled a staged boxing match between fintechs and banks, set up by CBA during its 2017 annual conference in Dallas. He said the fact that he and many bankers now believe that Silicon Valley’s contributions have been good for banking is only somewhat surprising.

“Six years ago, I remember sitting in my office reading about how fintechs were going to take down banking,” Hunt said. “I called up my executive assistant, Janet, and told her I needed to go to San Francisco and meet with some of these fintechs. Going out there, I was afraid they were going to clean our clocks – that the end was near.”

Before leaving the Bay Area after his meetings, Hunt spoke with Ryan McInerney, former CEO of Consumer Lending at JPMorgan Chase, who since has become president of Visa.

McInerney then predicted that about 99 percent of fintechs would fizzle out but the 1 percent that succeeded would change the world.

“They showed us a different way to communicate with customers,” Hunt said. “Yes, at the very beginning I was afraid. Then I was welcoming. Now I think there’s a place for true partnerships.”

That being said, Hunt noted that many larger banks are building technology internally that they control, saving them the trouble of worrying about third-party compliance. He also has noticed an increase of partnerships between regional banks and their smaller counterparts to share the cost burden associated with the development of the sort of technology on which fintechs base their businesses.

“I’m very impressed with how larger banks have weathered the storm of the financial crisis and managed to comply with Dodd-Frank and develop new technology,” Hunt said. “And now many of them are considered fintechs.”

Hunt went as far as to say that fintechs’ growing influence on the financial sector could mean eventually re-evaluating the definition of what is a bank.

“It doesn’t have to be a depository institution,” Hunt said. “We’re seeing a lot of lending in this country that’s not backed up by insurance, which makes the entity more sovereign.”

He said he expects such a re-evaluation to take place in the next five to seven years. 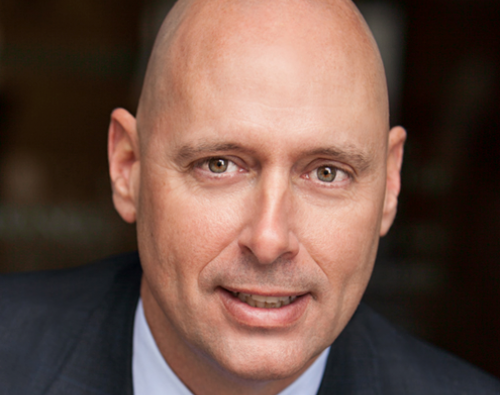