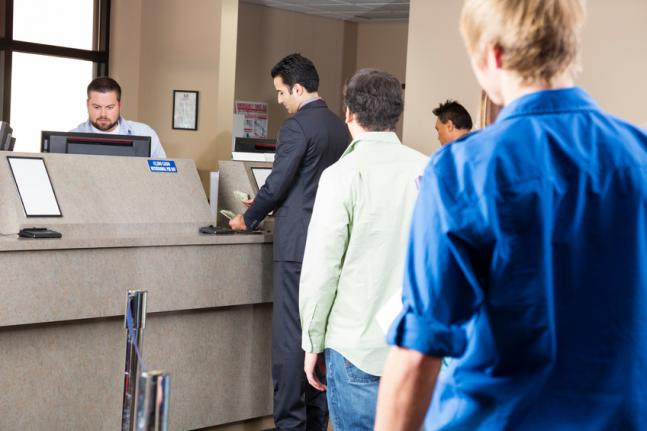 WASHINGTON — The Consumer Bankers Association on Wednesday asked lawmakers to rein in regulations that were meant to prevent robocalls but that the group says have inadvertently captured legitimate calls, too.

The letter, sent to the Senate Commerce Committee, was in response to a hearing Wednesday in which federal regulators testified on how to stop rampant illegal robocalling. Complaints about robocalls quadrupled from 2009 to 2017, averaging 400,000 complaints a month, according to the Federal Trade Commission.

But the CBA letter said a long-standing law that prevents telemarketing calls— the Telephone Consumer Protection Act of 1991 — is outdated and recent regulatory interpretations have have led to legitimate calls or texts, like bank-account notifications, getting blocked.

The TCPA has “forced financial institutions to limit many pro-consumer, non-telemarketing communications,” Richard Hunt, the banker association's president and chief executive, said in the letter. “Failing to reflect both changes in technology and the contact preference of consumers, the TCPA is barring businesses from providing important information that consumers want and need to receive.”

Hunt said the Federal Communications Commission should “re-examine” the law and how it defines an “automatic dialer” so that the term would capture “technologies that use random and sequential numbers” for fraudulent calls, not those that use an existing customer contact list “stored by legitimate businesses.”

The “CBA members are committed to the spirit of the TCPA and go to great lengths to comply, but the recent interpretations of the law have stifled legitimate businesses’ ability to better serve and communicate with their customers,” he added.

In testifying before the Senate panel, FCC enforcement bureau chief Rosemary Harold said that “the commission was looking at different ways” to stop robocallers, including through rulemaking.

“The commission is also asking about other ways to identify and block illegal calls, without blocking lawful calls,” Harold said in her written testimony. “For example, can call analytics reliably identify calling patterns that result from illegal calls — such as large bursts of calls over a short time from numbers that don’t usually make calls that way?”