Congress Makes It Harder to Sue the Financial Industry 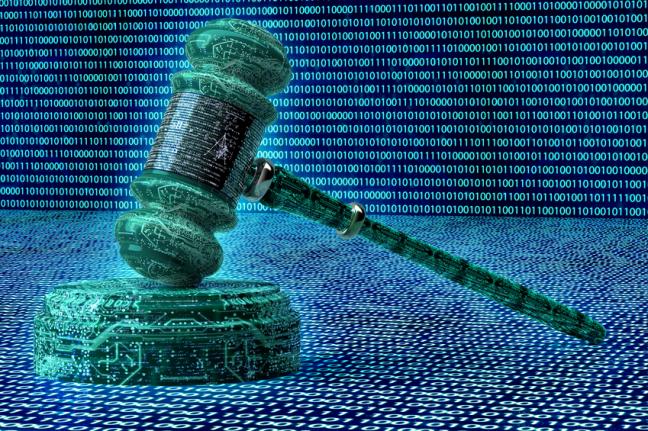 WASHINGTON—Congress overturned a rule by an Obama-appointed financial regulator that would have made it easier for consumers to sue banks in groups, with Vice President Mike Pence casting a tiebreaking vote in the Senate.

The 51-50 vote handed the financial industry its most significant legislative victory since President Donald Trump took office and was a rebuke of Consumer Financial Protection Bureau Director Richard Cordray, who pressed ahead with his agenda in defiance of Republicans.

The move is one of the final steps in killing a CFPB rule barring fine-print requirements for arbitration in contracts between consumers and banks. The House voted 231-190 in July to overturn the rule. The resolution now goes to Mr. Trump, who is expected to sign it into law. The White House released a statement late Tuesday praising the Senate action and referring to a recent Treasury Department report that criticized the rule.

The vice president has broken Senate ties five times so far in the Trump administration.

Republican senators Lindsey Graham of South Carolina and John Kennedy of Louisiana sided with Democrats in opposition to the measure.

The CFPB’s rule prevents companies from including in consumer contracts arbitration clause that blocks class-action lawsuits, though it doesn’t ban arbitration entirely. Such clauses are commonly used for a range of financial products, including credit cards, certain auto loans, payday loans and private student loans. It was set to go into effect next year.

Critics in the financial industry and Congress say arbitration provides a faster and more cost-effective way to resolve disputes with consumers than the courts. They say the CFPB’s rule would have forced the resolution of disagreements into class-action litigation.

“This is a rule to benefit the plaintiffs bar,” Sen. Mike Crapo (R., Idaho), the powerful chairman of the Senate Banking Committee, said on the floor ahead of the vote.

The CFPB said group lawsuits get more money back to consumers, while deterring harmful practices by financial companies. Supporters of the CFPB rule have pointed to the use of arbitration clauses by Wells Fargo & Co. and Equifax Inc., two scandal-ridden companies, as examples of how such clauses could prevent consumers from holding companies accountable.

Consumer Financial Protection Bureau Director Richard Cordray reflects on the new balance of power in Washington and how it will affect the future of his agency and its rulemaking and enforcement agenda. (Originally Published January 24, 2017)

“Tonight’s vote is a giant setback for every consumer in this country. Wall Street won and ordinary people lost,” Mr. Cordray said in a statement. “This vote means the courtroom doors will remain closed for groups of people seeking justice and relief when they are wronged by a company.” He urged Mr. Trump to veto the resolution.

Congress’s overturning of the arbitration rule foreshadows significant changes that the CFPB is expected to face over the coming months as the Trump administration appoints a new leader to the bureau, which has been mired in partisan controversy since it was created after the financial crisis. Mr. Cordray’s term runs through next July, but many think he might step down sooner to run for governor in Ohio.

Unlike some other financial agencies where Trump appointees have introduced new policies, the CFPB has stuck with its longstanding agenda, rolling out new rules and bringing enforcement actions at a steady pace. Earlier this month, the agency unveiled a new rule to clamp down on high-interest payday loans. Congressional Republicans now might go after that rule as well.

Restricting the CFPB’s actions has proved difficult for its opponents. Despite calls from some Republican lawmakers to remove Mr. Cordray, Mr. Trump has kept him in his job, as the law prevents the president from firing him without cause. A pending court case filed by mortgage lender PHH Corp. questioning the constitutionality of the bureau’s structure also made removal of Mr. Cordray difficult.

“The Senate acted to protect consumers with this vote,” said Richard Hunt, president and chief executive of the Consumer Bankers Association trade group. “This rule was ill-conceived, based on an incomplete study and did not fulfill the Bureau’s goal of protecting consumers.

Republican lawmakers targeted the arbitration rule with a legislative tool known as the Congressional Review Act. It allows lawmakers to overturn a newly issued regulation on an expedited schedule with a simple majority vote in Congress.

The Senate had planned to act for months but struggled to come up with the necessary votes. Some Republican senators had expressed reservations about voting to overturn the regulation, worried they may be portrayed as siding with banks and against consumers.

Tuesday’s vote marked the 14th time this year Congress has successfully turned to the Congressional Review Act to overturn Obama-initiated regulations. Still, those previous efforts have largely focused on less high-profile financial rules, such as Labor Department regulations to encourage states and cities to set up retirement savings accounts for private-sector workers. Another was a Securities and Exchange Commission rule requiring energy companies to report payments to foreign governments for mining rights.

Broader legislation to repeal postcrisis financial regulations has so far languished in Congress.

Opponents of the CFPB’s rule pushed aggressively ahead of Tuesday’s vote to drum up support for the resolution. The Treasury Department and the Office of the Comptroller of the Currency, two regulators now headed by Trump appointed officials, both issued recent reports criticizing the rule.

Arbitration agreements have been upheld by the Supreme Court in several pro-business rulings over the past decade, paving the way for the widespread use of such clauses in contracts for a range of products such as mobile phones, credit cards and payday loans. The Supreme Court, led by the opinion of Justice Antonin Scalia, cited the Federal Arbitration Act of 1925, which called arbitration agreements “valid, irrevocable, and enforceable.” 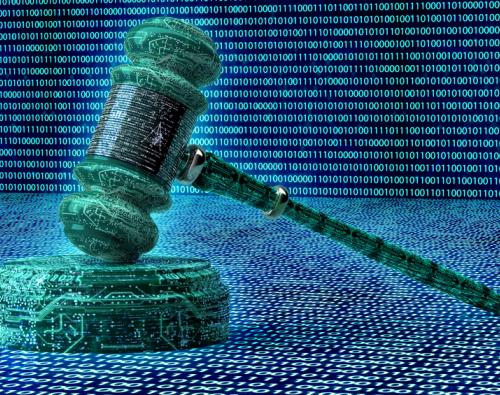