One in Six Banks Will Have to Merge: CBA Chief Hunt 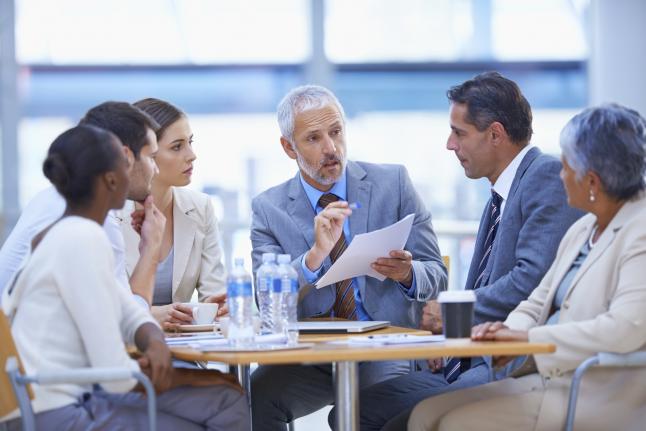 Industry consolidation is what will keep community banking viable in the face on persistent threats such as the economy, technology and regulation.

That's the view of Richard Hunt, president and chief executive of the Consumer Bankers Association. To be sure, Hunt isn't a cheerleader for a new wave of mergers; rather, he views consolidation as a necessary evil even as community banks get healthier.

"The small banks have been suffocated with regulation," Hunt said in an interview. "I'm not jumping up and down for consolidation. I'm just saying that's the reality of what's happened [given] the economy, regulation and technology."

Hunt's attitude seems to contrast with past public comments from Camden Fine, president and chief executive of the Independent Community Bankers of America. In 2014, Fine urged smaller banks to resist defeatist talk from investment bankers and institutional investors keen to spur merger activity.

Small banks aren't the only institutions likely to announce mergers. Hunt said he expects activity will especially pick up for banks with $10 billion to $100 billion of assets, pointing to the recent deal betweenKeyCorp and First Niagara Financial Group, as well as the pending combination of Huntington Bancshares and FirstMerit.

From a financial perspective, banks are in better shape than they were a decade ago. Still, any bank looking at acquisitions must make sure that they are fully in compliance with regulations before announcing a deal, Hunt said.

"Banking today is night-and-day different than in 2006," Hunt said. "Banks have better liquidity, are better capitalized and are stress tested to the nth degree. This is not your grandfather's bank."

Following is an edited transcript of the interview with Hunt.

How does M&A intersect with what you do at the Consumer Bankers Association?

RICHARD HUNT: We have been saying for some time there are three great disruptors in the marketplace today — the economy, the evolution of technology and the burdensome new regulatory environment. Any one of those would have a dramatic effect on banking, but to have all three happen simultaneously creates the perfect storm. We expect more [mergers] to continue throughout 2016 and years beyond.

Regulators must also adjust to into the 21st century. If they're still stuck in the mentality of yesteryear, then they may not have much left to regulate. We're now serving our customers in different ways than just looking at a person in the face at a branch.

What type of banks will be involved in acquisitions?

We found out with the Huntington-FirstMerit acquisition is not just small banks and underperforming banks being bought. FirstMerit is a well-run bank. Banks are finding that they need to partner with a larger bank to receive the economies of scale in order to serve their customers. The big banks are doing the small banks a huge favor today with spending so much money on technology. The small banks will be followers, by and large, in technology. I think you will see very good banks be bought to reach economies of scale.

Is consolidation good for the industry?

With more than 6,000 banks, even if you lose 1,000 to 1,500 — the vast majority of those being community banks — you're still looking at 5,000 banks in this country. It's still competitive. I think the definition of competition will become greatly different. You don't have to have a branch in a hometown in order to be competitive because of the Internet.

How will those changes affect consumers and consumer credit?

It will help consumers because they will have a bank that has the necessary capabilities and technology to serve them. Not every bank has that capability today. But by combining forces and achieving the economies of scale, the technological platforms will be better.

Some larger banks that have announced deals have faced opposition from community groups or politicians. How should these larger banks think about these constituents as they do acquisitions?

Walmart recently closed 153 stores [in the United States.] Who would have thought Walmart would have done such a thing? Did Walmart need to go to the federal government to ask if they could shut down a store? They needed to do it for survival. I think it is a good thing that banks combine resources to better serve the consumer. If the consumer groups don't get in line there may not be much left to regulate. We have to be allowed to evolve.

How do acquisition-minded CEOs of big banks work with these groups?

You don't seem opposed to consolidation.

I'd like each bank to be able to serve their shareholders and customers as is, but that's just not realistic. There used to be 15,000 banks in this country. Now we're at more than 6,000. I'm not jumping up and down for consolidation. I'm just saying that's the reality given what's happened with the economy, regulation and technology. Dodd-Frank is part of the reason for consolidation, but not the only reason. Even without it you would have seen consolidation, but maybe not at this rapid of a pace. 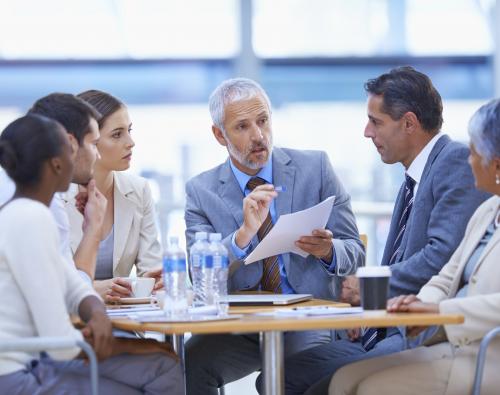