Pushing for Change for Banks 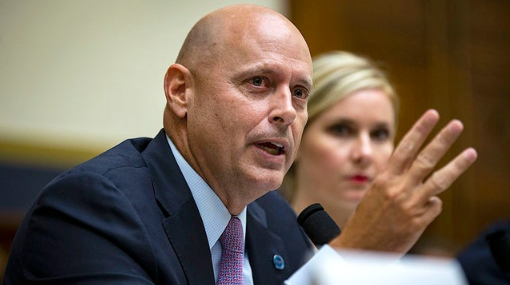 rhunt@consumerbankers.com
July 26, 2019
The Hill
Pushing for change for banks

For Richard Hunt, lobbying on behalf of the nation’s banks isn’t quite what it used to be.

As president and CEO of the Consumer Bankers Association (CBA) since 2009, Hunt has led the group’s efforts to repair the industry’s post-crisis reputation while working for changes to the rules imposed on banks after the 2008 recession.

Hunt, a former House chief of staff, has advocated for banks and the broader financial services industry since 2001, in the bullish days of the early 2000s economic expansion.

Hunt says that the tumultuous economic landscape — and the hypercharged political atmosphere it helped unleash — has drastically changed the way banks and their lobbyists operate in Washington.

Gone are the days when Thursday afternoon golf trips and bipartisan chumminess helped grease the wheels of the legislative machine, he said. Now, to move even moderate priorities, Hunt and his team contend with deep and rising skepticism of the banking industry and congressional critics with large social media followings.

“Our reputation took quite a hit,” Hunt said during a recent interview at a Bobby Van’s Steakhouse in downtown Washington. “In those days, we’re taking one or two office visits to convince a lawmaker. Now sometimes it runs on three to four years. That may [still not] get done.”

“When I made a calculation in 2009 that I thought we [had to] get our reputation back, no one told me Twitter was going to be out here,” he continued. Even so, Hunt is a frequent presence in Twitter debates about financial regulation — and his beloved Atlanta Braves — sporting the handle @CajunBanker in nod to his Jennings, La., roots.

Hunt became a part of SIA in 2001 after rising through the ranks in the office of former Rep. Jim McCrery (R-La.), whose team he joined soon after graduating from the University of Louisiana in 1989, starting as McCrery’s driver and district director before becoming his chief of staff in 1994.

SIFMA and SIA, which represented Wall Street banks and investment firms, wielded immense influence over Congress and regulators in the boom years leading up to the crisis, Hunt said.

“For seven years, one of their top lobbyists there could almost do nothing wrong. Within reason, within the law, we could go to Congress and get almost anything we wanted passed,” he said.

U.S. banks and their advocates found few friends in Washington after the industry’s excessive risks sparked a global financial crisis beginning in 2007.

As Hunt and his SIFMA colleagues pleaded with lawmakers to pass a bailout for the frozen financial sector, the trade group faced a crisis of its own. The industry’s image was in tatters, marquee SIFMA members were evaporating and Congress was eyeing strict new rules for the industry.

“We lost about 25 percent of our membership almost overnight,” Hunt recalled. “Merrill Lynch, CountryWide, Wachovia, big entities. And that’s when I raise my hand during the budget cuts and said ‘I’m out.’ ”

Hunt was recruited to lead CBA, which focuses on the consumer-facing side of the banking industry. While many of its members are among the world’s largest banks, the group also includes dozens of smaller firms focused on depository and consumer lending services.

“I thought that when banking got its reputation back, it would be through the retail side, not the Wall Street side,” Hunt said.

His first challenge was revamping CBA and the industry’s standing in Washington as lawmakers and regulators crafted and passed the 2010 Dodd-Frank Wall Street reform act.

The bill was a sprawling expansion of federal bank oversight that imposed strict new standards on the industry, which has spent billions of dollars trying to reduce Dodd-Frank’s most stringent requirements.

“We needed some of that protection,” Hunt said. “I’m not saying we needed the [Consumer Financial Protection Bureau],” a financial sector watchdog agency created by the bill.

“But were there some regulators asleep at the wheel? Oh, absolutely.”

As CBA has sought to loosen provisions of Dodd-Frank, the group has steadily added members, tripled its staff and more than doubled its revenue and cash reserves. CBA membership fell to 50 banks during the depths of the recession in 2011, but it now represents 69 banks and reeled in $14 million in revenue last year with cash reserves of $8 million, according to data provided by the group.

The banking industry has also boasted record profits since the recession and enjoyed a massive reduction in taxes thanks to the 2017 Republican tax reform law. Bank regulators appointed by President Trump have also loosened several crucial post-crisis rules and have sought to make their agencies more receptive to the industry.

“The banking system is day and night different than it was in 2008,” Hunt said. “So much more regulation, compliance examinations, almost — well, we know it’s too much.”

“We’re not trying to repeal all these rules,” he added. “We’re just trying to right-size them.”

Dodd-Frank remains largely unchanged since its enactment, with Hunt dismissing a 2018 bipartisan rollback as the “lowest hanging fruit” of the complaints about the law.

Hunt attributes part of that struggle to a political culture focused on viral takedowns from congressional hearings and social media prowess among “rock star-ish” lawmakers with millions of acolytes.

“These freshmen members of Congress now come into Congress ... and they feel like they have to prove themselves,” Hunt said, arguing that it deteriorates bipartisanship.

He recalled running into at an airport last month two members of the House Financial Services Committee, a Democrat and a Republican, who had just realized they served on the same panel.

Hunt said he was “flabbergasted” that the members “didn’t even know each other” despite serving on the committee together for more than six months.

“Even under [former Rep.] Barney Frank [D-Mass.], that would not have happened,”  Hunt said, referring to the former Financial Services Committee chairman who helped craft Dodd-Frank.

“Now everything is so partisan, times 10 versus previous years.” 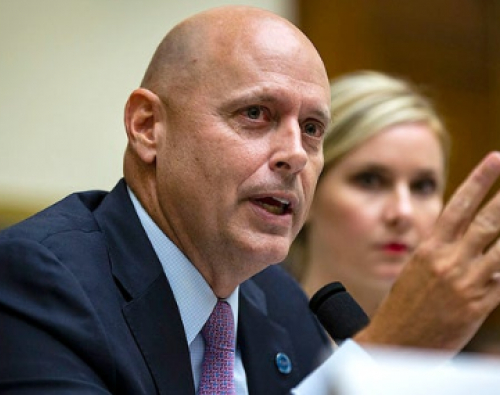