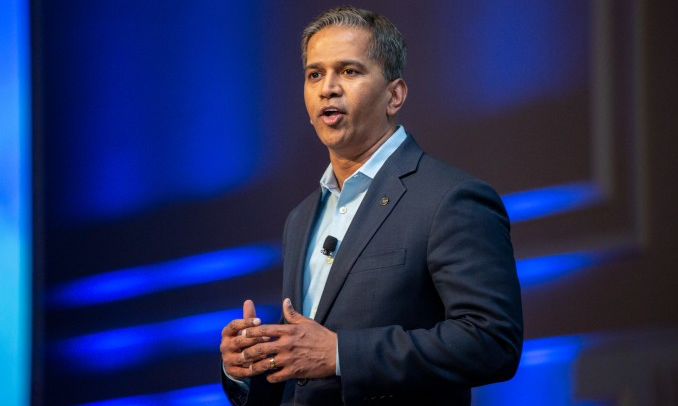 When private student lenders make loans, they are required to tell borrowers not just the interest rate and loan amount, but also the total they will owe after finishing school and what their estimated monthly payments will be. The new chair of the Consumer Bankers Association says the federal government should have to do the same.

The CBA has long argued that the government fueled the rising cost of higher education through its own student lending policies and that greater private-sector competition could restore some balance. Requiring plain-language disclosures for federal student loans would be a first step, and the CBA is backing a Senate bill intended to do exactly that, said Nitin Mhatre, whose one-year term as chair began last week.

“We believe that clarity will help all consumers regardless of where they go, and we believe in some shape or form it will help to indirectly reduce the inflation of college costs,” Mhatre, who is also head of community banking at Webster Financial in Waterbury, Conn., said in an interview.

It could also further banks' goal of capturing a bigger piece of the student lending pie. As the thinking goes, borrowers often do not fully understand what they are getting into when they sign up for federal student loans. If government and private lenders laid out their loan terms in the same way, then private student loans might look like a better deal to some — and others might be discouraged from borrowing more than they really need.

The federal government has played a much greater role as a direct student lender since Congress ended subsidies to private student lenders in 2010. The government today holds about 92% of the roughly $1.5 trillion in outstanding student loan debt in the United States.

Federal student loan disclosures are not the only item on the CBA’s wish list for 2020, Mhatre said. The group also wants to see an expansion in eligibility for federal Pell grants and a cap on borrowing under the federal government’s PLUS loan program. Aside from student lending reforms, it is also interested in promoting uniform data protection standards and regulatory clarity on small-dollar lending.

Student lending naturally has been a key priority for the trade group for three years. Outsize student debt has been a drag on many millennials’ financial lives, often causing them to delay other big purchases like homes.

It is unclear what chance the Scott-Manchin bill has at this point. It was referred to the Health and Education Committee in June and has not moved since. It has bipartisan support, which could improve its chances with moderates, but Democrats might also see it as discouraging borrowers from taking out federal loans.

The CBA does, however, believe that a great swath of the student borrower population would be better served by the private sector than by the government.

Citing 2015 research by the Federal Reserve Bank of New York, Mhatre said that that expansion in credit created “a perverse incentive” for colleges to raise tuition prices. In other words, colleges decided to charge more because they knew students could borrow more. He also said those additional federal loans have not been underwritten well, either.

According to the New York Fed, nearly 10% of those loans became seriously delinquent in the second quarter this year. The New York Fed also said the true delinquency rate is likely to be much higher, since about half of all federal student loans are temporarily out of the repayment cycle — in grace periods, deferment or forbearance.

Mhatre said there is an appropriate role for the federal government to play in student lending, and it is mainly as a lender to those borrowers who cannot qualify for private loans.

“For students that have means, we think they should get private student loans,” he said.

The CBA also wants to see a uniform set of standards for data security and notification in the event of a data breach, Mhatre said.

Despite high-profile data breaches, like the recent one at Capital One Financial, the group asserts that financial services companies actually account for a much smaller proportion of data breaches than other industries. Banks already have to comply with strict data protection rules, and other industries, like retail, should be held to similar standards.

“Banks, we believe, are already regulated to include stringent data protection standards, and that’s good because that helps improve the trust and safety consumers seek in the banking sector,” Mhatre said. “We want a regulatory landscape that creates consistent guidance across all sectors.”

That guidance should include standards for timely communication and remediation, and it should also encourage information sharing at the industry level, so that other businesses and institutions can protect themselves.

Mhatre also said the organization will continue to advocate for policies allowing retail banks to offer consumer products that can compete with more expensive financial services often used by the unbanked. One priority is persuading regulators to give the industry an explicit safe harbor provision allowing banks to make small-dollar loans.

In 2013, federal regulators strongly discouraged banks from offering deposit advance products, citing concerns about reputational risk and expense to consumers. Banks have largely shied away from that space ever since, but a few, including U.S. Bancorp in Minneapolis, have since rolled out small-dollar loan products meant to essentially compete with payday lenders.

Last year, the Office of the Comptroller of the Currency began encouraging banks to offer high-interest, small-dollar loans as an alternative to payday loans. But the three federal banking regulators have yet to issue explicit interagency guidance on the matter, leaving many midsize and regional banks nervous about getting into that business.

Mhatre said the association has had recent conversations with Consumer Financial Protection Bureau Director Kathy Kraninger on the issue of small-dollar lending and said the CBA wants clarity as to what types of loan products can be treated as safe and sound.

He also said it is crucial for regulators to recognize “it’s a small-dollar loan, so you can’t underwrite it like you do a mortgage or home equity loans.” 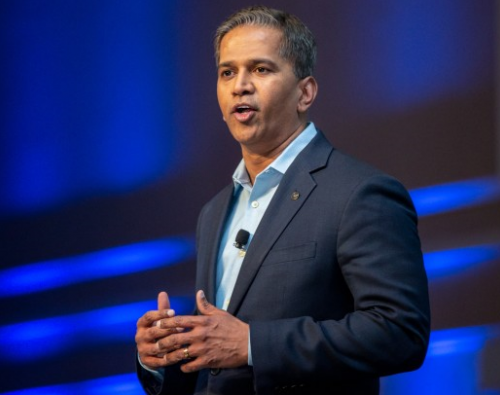