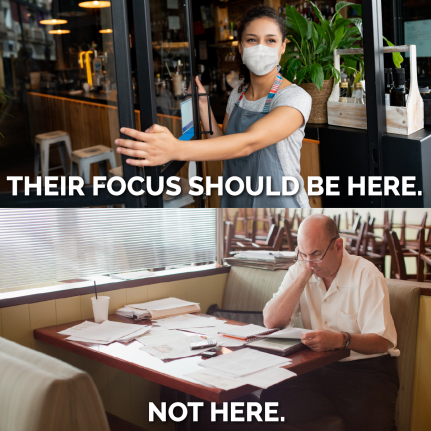 WASHINGTON – A coalition of more than 100 trade associations representing thousands of businesses, nonprofits and financial institutions of all sizes today again called on Congress to streamline the overly burdensome Paycheck Protection Program forgiveness process for the nation’s smallest businesses.

The coalition wrote, “Businesses have been patiently awaiting for Congress to act, hoping that an improved and streamlined forgiveness process will ensure they can focus their time, energy, and resources back into their business and communities instead of allocating significant time and expense into completing complex forgiveness forms.

“Congress can solve this problem and inject the equivalent of $7 billion into our economy by passing bipartisan, common-sense legislation to streamline PPP forgiveness for small businesses on Main Street in communities across the country.”

The bipartisan legislation would streamline forgiveness for PPP loans less than $150,000 upon the borrower’s completion of a simple, one-page forgiveness document. The legislation, however, would not prevent the audit of these loans for fraud.

According to independent analysis by AQN Strategies, simplified or automatic forgiveness could collectively save the smallest small businesses owners more than $7 billion dollars and hours of paperwork.

A copy of the letter is available here, along with participating associations which include: