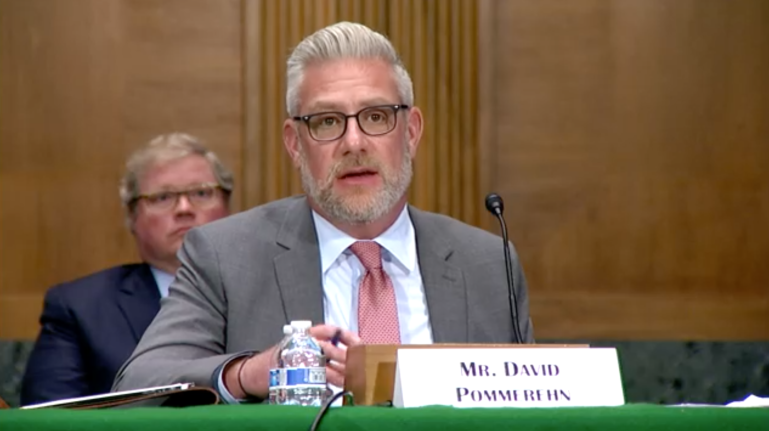 Consumer Bankers Association (CBA) General Counsel and Senior Vice President, David Pommerehn, today testified before the Senate Banking Subcommittee on Financial Institutions and Consumer Protection during a hearing examining the overdraft marketplace. During the hearing, Pommerehn urged policymakers to recognize recent bank-led innovations and protect access to overdraft for the millions of hardworking families who knowingly use and value the product.

Excerpts from Pommerehn’s written testimony are below.

As opposed to fees charged by other industries, financial tools like overdraft are chosen by the consumer upfront when their account is opened. As CBA stated, banks are required by law to have clear and conspicuous disclosure of material terms and conditions. This empowers consumers to make informed financial decisions on the type of product that best serves their needs.

On The Consumer Benefits Of Bank-Led Innovation

Over the past several years, America’s leading banks have increasingly unveiled innovative financial tools to provide consumers greater choice and transparency to avoid fees. As CBA noted, recent data from the global intelligence firm Curinos found these changes have occurred without regulatory intervention:

“Changes to bank overdraft service programs are being driven more by competition instead of regulation and the market rewards organizations that overhaul their existing overdraft programs or develop alternative products. […] As a result, financial institutions will continue to innovate and provide more low-cost liquidity options.”

On Consumers’ Need For An Emergency Safety Net

The Curinos data also found even as overdraft use has declined by 40% between 2010 and 2020, a majority of regular overdraft users knowingly use the product and value the emergency safety net it provides in times of need. Recognizing this continued demand from informed overdraft users, CBA went on to say:

“Outside of overdraft, few options remain for consumers to meet their emergency liquidity needs within the well-regulated, well-supervised banking system. […] Accordingly, we urge policymakers to focus on the consumer need, a complete market analysis, including the many changes already in place, and take into consideration all the facts as they consider future action.”

To read CBA’s full written testimony submitted to the Senate Banking Committee for the record ahead of today’ hearing, click HERE

In March, CBA released a new video to correct misinformation surrounding bank fees, to underscore banks’ commitment to providing transparency and choice, and to highlight some of the bank-led innovations designed to meet evolving consumer demands.

In March, ahead of a scheduled hearing examining the overdraft marketplace, CBA sent a letter to Congress, highlighting the bank-led overdraft innovations designed to meet evolving demand and cautioned against restricting a product millions of consumers knowingly use and value in times of need.

Responding to the Bureau’s renewed focus on fees charged by banks, CBA has worked to correct the record and deliver the facts about how emergency safety net products like overdraft are valued by millions of consumers in times of need.