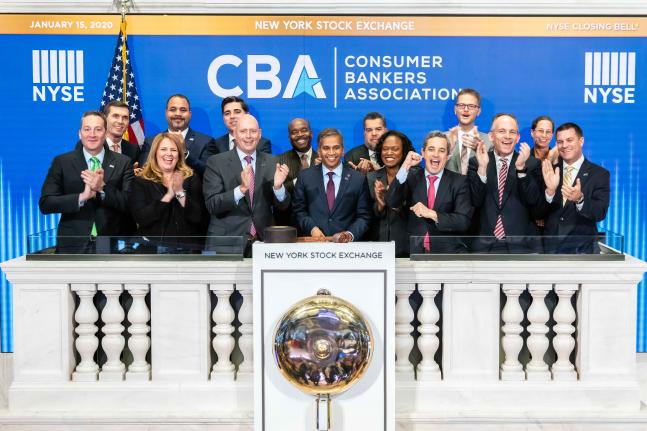 WASHINGTON – Members of the Consumer Bankers Association (CBA) Board of Directors as well as several of the association’s committee chairs and vice chairs today rang the New York Stock Exchange’s closing bell. The Dow closed at a record high, breaking 29,000.

Other attendees on the podium included, from left to right: