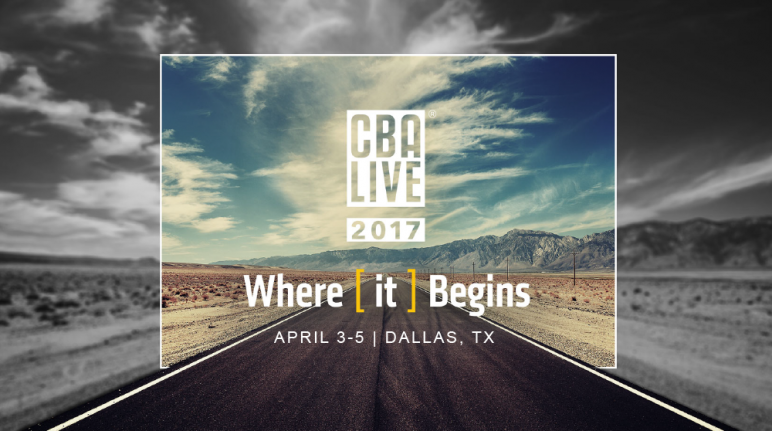 Washington, D.C. – More than 1,400 representatives from across the financial services industry will be at the Gaylord Texan in Dallas from April 3-5 to attend the premier annual gathering of retail banking leaders: CBA LIVE: Where [ it ] Begins. Now in its eighth year, CBA LIVE anticipates a record number of attendees, including senior retail banking executives from more than 80 national and regional banks to discuss fintech, regulation, the economy, and politics and the state of banking under a new administration.

“The economy and the retail banking industry are much different today than in 2009. A shift in politics and continued regulatory pressure have made CBA LIVE more relevant than ever, as we have recently seen our registration numbers reach their highest levels since the program’s inception,” said CBA President and CEO Richard Hunt.  “This year, we’re pulling back the curtain to address the most pressing legislative and business challenges and help retail banks keep moving forward. CBA LIVE: Where [ it ] Begins will continue our commitment to providing the retail banking industry valuable insight and content unlike anywhere else.”

CBA LIVE: Where [ it ] Begins will feature keynote addresses from U.S. Bank president and CEO Richard Davis, who will join us in what will be one of his last public appearances as head of U.S. Bank, and Kabbage Inc., chief operating officer and co-founder Kathryn Petralia. Additional headliners include Salesforce Einstein vice president of marketing Jim Sinai, president and chief financial officer of SoFi Nino Fanlo, and NFL MVP Roger Staubach.

This year’s General Sessions will feature a head-to-head debate between retail bank and Fintech leaders over the future of banking, as well as a panel of Washington beltway insiders discussing the current political landscape and what that means for the banking industry under President Donald Trump. In addition, CBA this year will unveil two Super Sessions to explore the economic state of the nation and what research and market conditions are saying, as well as discuss important steps banks must take with their teams when building relationships with customers through cross-selling. With more than 230 speakers and over 90 hours of info-packed programming, a host of topics ranging from student lending to branch transformation to self-driving autos will be covered.

A full program is available online, and a mobile app, sponsored by Fiserv, is available for download to attendees to keep track of all the events at CBA LIVE.

On Tuesday, CBA will present the Joe Belew Award to the CBA member with the most innovative and impactful program to support digital access to financial services. CBA also will recognize the 2016 recipient of the Tem Woolridge award, an honor bestowed upon the top student from CBA’s Executive Banking School.

As the national trade association representing the retail banking industry, CBA is grateful to its premier sponsors Black Knight Financial Services, Equifax, Fiserv, Harland Clarke, Novantas, and VISA for their commitment to supporting the industry and CBA’s members.