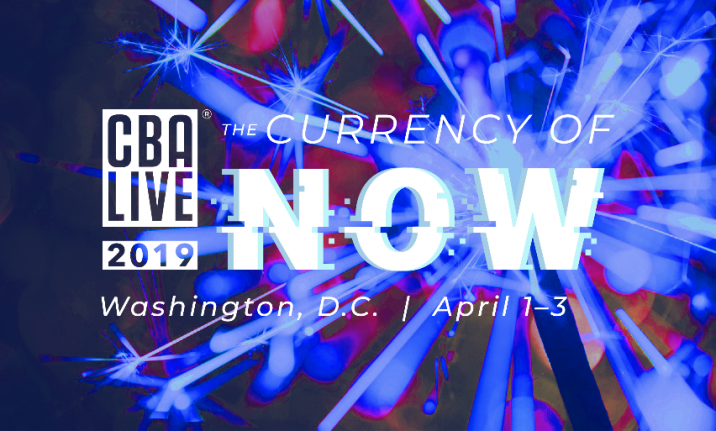 CBA LIVE, now in its tenth year, is the premier retail banking conference with more than 1,500 representatives from across 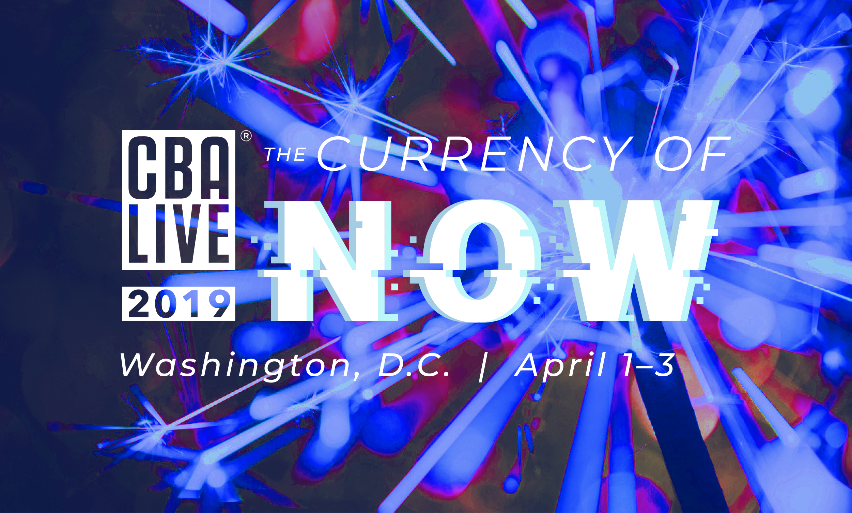 the financial services industry, including more than 750 senior-level bankers, 200 speakers and 90 hours of in-depth, topical programming. This year’s theme is The Currency of NOW and senior executives from more than 85 national and super regional banks will discuss the future of banking, regulatory changes, the impact of digital banking, cybersecurity, federal and private student lending as well as other hot button issues.

“CBA LIVE is where retail banking’s senior leaders gather to connect, learn and prepare for what’s to come,” said CBA President & CEO Richard Hunt. “This year’s theme will examine what bankers need to be doing NOW in order to better serve customers, stay a step ahead of the competition and continue earning market share. With the start of a new Congress, new majority in the House of Representatives and a complete changeover at top banking regulatory agencies, CBA LIVE 2019 will provide insight on the industry’s hottest trends so attendees can tackle the challenges of today to be prepared for the opportunities of tomorrow.”

You may view the live stream on our website at the following times:

CBA LIVE will also feature a Women’s Networking Breakfast to honor the role of women and diversity in the retail banking industry. The breakfast will include a fireside chat with Bank of America’s Hilani Kerr and Russell Reynolds Associates’ Mary Caroline Tillman.

Can You Hear Me Now? Recent Developments in TCPA

A full program is available online.

As the national trade association representing the retail banking industry, CBA is grateful to its premier sponsors Black Knight, Equifax, Fiserv, Harland Clarke, Novantas and Visa for their commitment to supporting the industry and CBA’s members.