CBA Reflects on Last Year, Looks Ahead to 2022 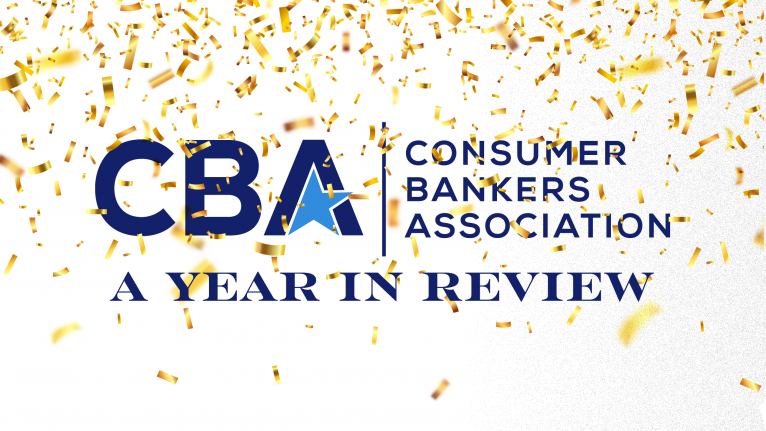 Consumer Bankers Association President and CEO Richard Hunt today issued the following statement reflecting on the last year and looking ahead to 2022:

“In spite of continued challenges, CBA over the last year was proud to deliver on behalf of our membership, whose unyielding commitment to the communities they serve has helped fuel America’s recovery, drive our nation’s economic growth and finance the American dream for millions of hardworking families and small businesses.

“Amidst a rapidly evolving banking industry, lingering economic headwinds and regulatory uncertainty from policymakers in Washington, our work continues in the year ahead. From navigating changes in the workforce to protecting consumers from the risks posed by unregulated and unsupervised fintechs and emerging technologies, to further strengthening competition and innovation and promoting consumer choice, our CBA team looks forward to continuing our work together, including marking the return of retail banking’s top annual event, CBA LIVE, March 7-9 in San Antonio, TX.”

In recognition of the past year, here is a look back at some of CBA’s Most Memorable Moments in 2021: