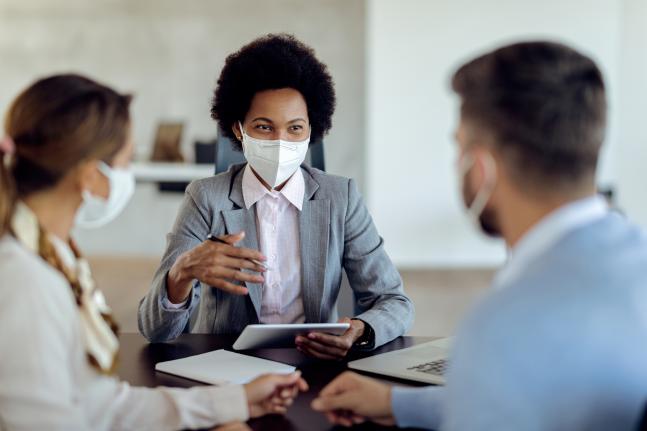 In a new letter sent today to the Administrator of the U.S. Small Business Administration (SBA) Isabella Guzman, the Consumer Bankers Association (CBA) touted the work of the nation’s leading banks in helping America’s small businesses through the Paycheck Protection Program (PPP) forgiveness process and released the results of an internal survey showing “CBA members have reached roughly 97 percent of 2020 borrowers and roughly 85 percent of 2021 borrowers to initiate the forgiveness process.”

In the letter, CBA recognized the SBA for their efforts to further assist small businesses seeking forgiveness, including developing its own direct forgiveness portal for borrowers, as well as the enormous progress banks made through their own forgiveness platforms, prior to the development of SBA’s:

“CBA believes the (SBA) direct portal will go far in helping many small businesses navigate and successfully resolve the PPP forgiveness process. […] While we greatly support these efforts, many of CBA’s members at great expense developed their own successful PPP forgiveness platforms prior to SBA’s direct portal announcement and have chosen not to opt-in to the SBA’s direct portal. Due to these efforts, 2020 PPP loan recipients have reached 86 percent forgiveness rates. These individual portals continue to work well for borrowers and allow our member banks to retain the vitally important customer relationship and better assist with the PPP forgiveness process."

In response to recent SBA communication raising questions about lenders that are not participating in the SBA’s direct portal – a communication the SBA later clarified – the letter continued:

“While the intent of the message may be to simply encourage those ‘select lenders’ to move PPP forgiveness applications faster, we assure you our member banks are pulling out all the stops in this process and are committed to achieving forgiveness for all eligible borrowers as quickly as possible. […]  In the future, it may be in the interest of all parties to indicate many lenders that have chosen not to opt into the direct portal did so intentionally – with express purpose of continuing to meet borrowers’ needs – and are processing loans diligently and effectively.”

In partnership with the SBA, America’s leading banks administered more than 4 million loans worth more than $400 billion – over half the total dollar amount lent through the program – helping drive our economic recovery forward and ensure small businesses could keep their doors open, their lights on, and employees on the payroll.  In 2020, CBA member banks represented 13 of the top 15 PPP lenders, and their efforts helped protect more than 90 million American jobs.

Last year, CBA successfully led a coalition of more than 100 associations representing businesses, non-profits and lenders in calling on Congress to streamline PPP forgiveness to help the smallest businesses receiving PPP loans. This coordinated effort led Congress to pass legislation simplifying the forgiveness process for loans less than $150,000, amounting in the equivalent of $7 billion of additional small business relief.

To read CBA’s letter to the U.S. House Committee on Small Business ahead of an August 31st hearing on the state of PPP forgiveness, click HERE.

To watch CBA President and CEO Richard Hunt discuss the role of banks in protecting small business jobs over the past year during an interview yesterday with Yahoo Finance, click HERE.

To commemorate National Small Business Week, CBA released a new trailer and a new website yesterday highlighting the #SmallBusinessSpotlight -- the joint video series unveiled in May with International Franchise Association (IFA), the National Association of Women Business Owners (NAWBO) and the US Hispanic Chamber of Commerce (USHCC) showcasing how banks and small businesses worked together to save jobs, support their communities and drive America's economic recovery forward throughout this pandemic.

To read CBA’s joint op-ed with IFA, NAWBO and USHCC published this morning in Morning Consult celebrating the historic partnership between small & franchised businesses and the bankers who helped protect them through the PPP over the last 18 months, click HERE.