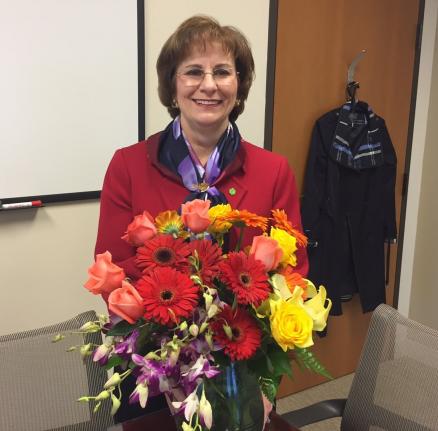 Washington, D.C. – Today, the Consumer Bankers Association issued the following statement in honor of one of its longest-serving board members, Mary Navarro of Huntington Bancshares, Inc., in response to the company’s announcement she will be retiring.

“Mary has been an indefatigable asset to our organization since she first joined our board in 2004 and served as Chair in 2011. There are very few in the industry who know the heart of retail banking as well as she does,” said President and CEO Richard Hunt. “Her dedication, passion, and care for this industry has been a shining light for CBA during what has been a tumultuous time for the industry.

“Over the past 13 years, she has helped raise CBA’s prominence across our industry and selflessly and tirelessly devoted her time to advancing the many ways retail banks serve American consumers and our nation’s small businesses and communities.  From starting as a teller, to being named one of the most powerful women in banking for several years in a row, to connecting small businesses with franchises, to making Huntington Bank’s retail and business banking division the leader it is today, Mary’s career is one of accomplishments and perseverance.

“We offer Mary and her husband Luis every good wish, as they will always be a part of the CBA family.”