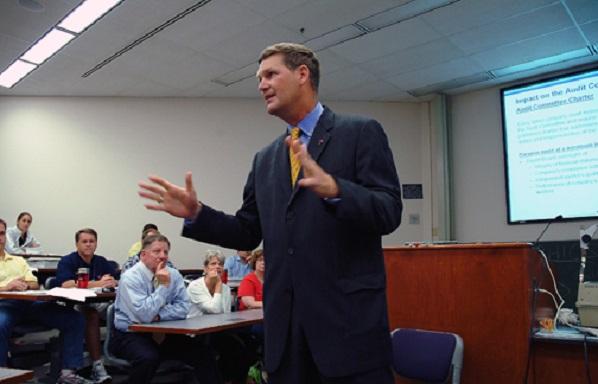 “John was an inspiring leader who left a lasting impression on everyone fortunate enough to have met him. During his tenure as Chairman of CBA’s Board, he provided a steady hand and set the course following the 2008 financial crisis. John’s accomplishments are great – West Point graduate, Army Captain, philanthropist and businessman – but the thing that truly set him apart was he did it all with a smile.

“The entire CBA family’s thoughts, prayers and condolences are with John’s family, friends and coworkers.”

John F. Stewart served as Chairman of the CBA Board of Directors in 2009 while at Citigroup. He was with Citi for 25 years where his roles included Local Markets President and Managing Director of National Distribution. John was also President and CEO of First National Bank of New York, CEO of Diners Club of Canada and served on the boards of CBA, New York Bankers Association, Make-A-Wish Foundation of Metro New York  and the Leukemia and Lymphoma Society (New York City Chapter). John graduated from the United States Military Academy at West Point and holds an MBA from Columbia. He was a Captain in the U.S. Army.