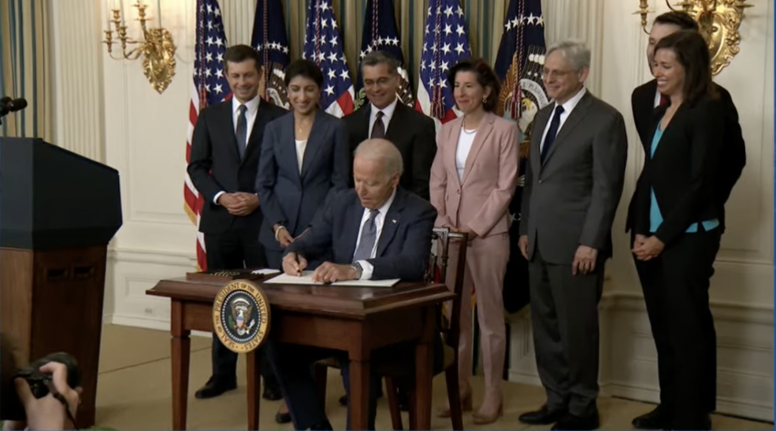 WASHINGTON – Consumer Bankers Association President and CEO Richard Hunt issued the following statement after the Biden Administration released a sweeping anti-trust executive order that will direct the Consumer Financial Protection Bureau (CFPB), prudential regulators and other federal agencies to examine activity on mergers and acquisitions within the banking sector:

“Our nation’s leading banks make incredible investments in communities and small businesses across the country. Taken together, they employ nearly 2 million Americans, extend roughly $4 trillion in consumer loans, provide $275 billion in small business loans annually and invest nearly $500 billion each year into low- and moderate-income neighborhoods. With over 5,000 banks and 75,000 branches, these banks are the bedrock of communities across the nation — financing the American dream and promoting economic growth for individuals, families, and small businesses.

“As regulators work to address the directives in President Biden’s Executive Order, banks will be a critical partner in developing thoughtful policy that protects and expands consumers’ access to credit. Alternatively, overregulation could ultimately restrict the financial tools many Americans demand and rely on, driving them out of the well-regulated, well-supervised banking system and into the arms of predatory payday lenders and other under-regulated players in the financial industry – harming the very people this EO aims to help.

“Much has changed over the last 15 months – from where we work and when we travel to how we bank. As consumer needs evolve, so must our nation’s leading banks. Any sensible regulation should support these efforts, not stifle them.”