CBA's Richard Hunt: “Our Banks Moved Heaven and Earth Over the Past Year” 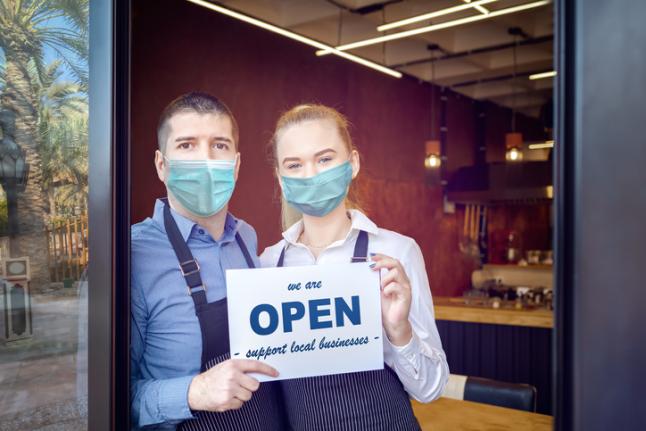 Consumer Bankers Association President and CEO Richard Hunt appeared on Fox Business’ “Mornings with Maria” today in advance of the second of two hearings on Capitol Hill this week with the CEOs of JPMorgan Chase, Bank of America, Citi, and Wells Fargo. Excerpts from the interview are below. 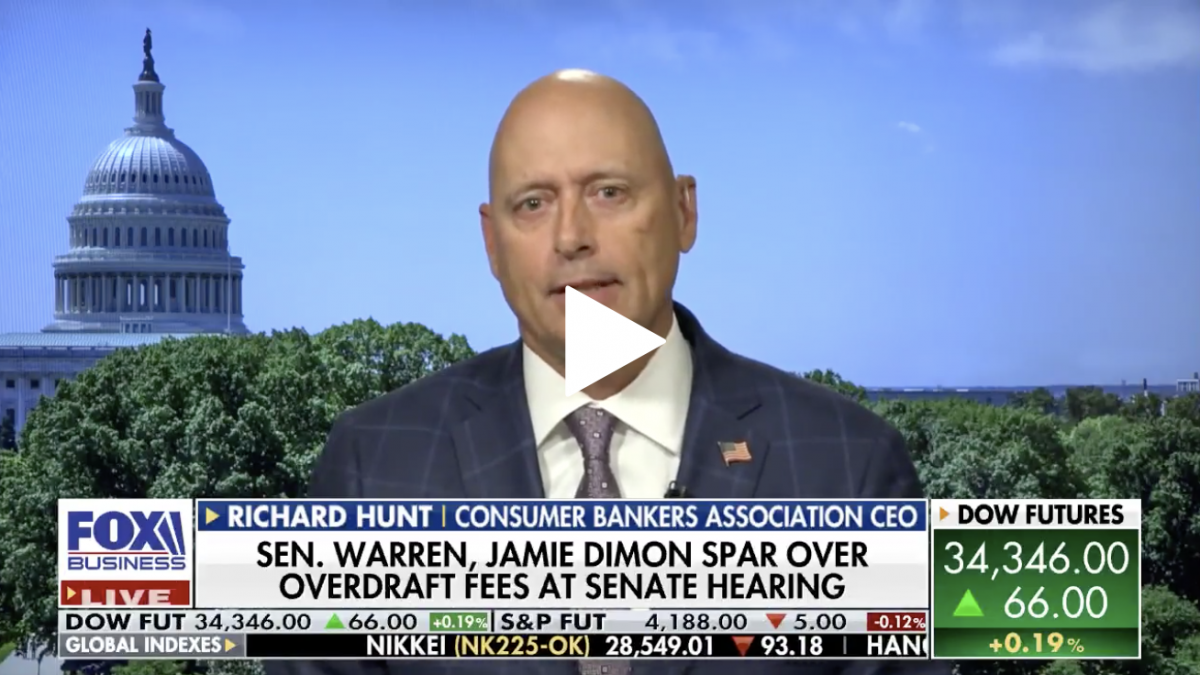 Touting the critical role banks played during the pandemic and will continue to play in supporting the American people, Hunt said:

“Our banks moved heaven and earth over the past year during the pandemic crisis to make sure small businesses in financial need had the help and assistance.”

“I think [the discussion in the Senate yesterday] was good, constructive dialogue between the United States Senators and the CEOs […] And we’re working right now on a bipartisan manner to make sure that small businesses can get all their loans forgiven. And we did that with Senator Cramer and Senator Menendez so that Washington can work if serious legislators get together. But I think, you know, the banks did a tremendous job over the past year helping not only small businesses but individuals throughout the country.

In response to specific attacks from Senator Elizabeth Warren (D-MA), he added:

“I thought she belittled the work that was done from too many bankers across the country working from their kitchen table and especially the work of tellers who wore protective gear into the branch to make sure consumers were protected and their financial transactions taken care of.”

Correcting the record on overdraft fees and discussing the potential for increased regulation, he added:

“JPMorgan Chase did wave over one million overdraft fees for consumers just by asking the simple question, the simple fact that they had hardship problems.”

“Overdraft service is a voluntary product. A customer has to opt into it. And look, there are people outside of Boston, Massachusetts, and Washington, D.C., who don’t have a Senator’s salary and need help to make ends meet. And one of the things I’d caution members of Congress and the CFPB about: If you start limiting access to credit, where are consumers going to go, Maria? They’re going to go to payday lenders and they’re going to go to online lenders. [One of your] guests the other day, Dick Bove, back when he was growing up, he had to go to the mafia to get credit. We should not be able to do that. We have to have banking regulation be sensible and reasonable.”