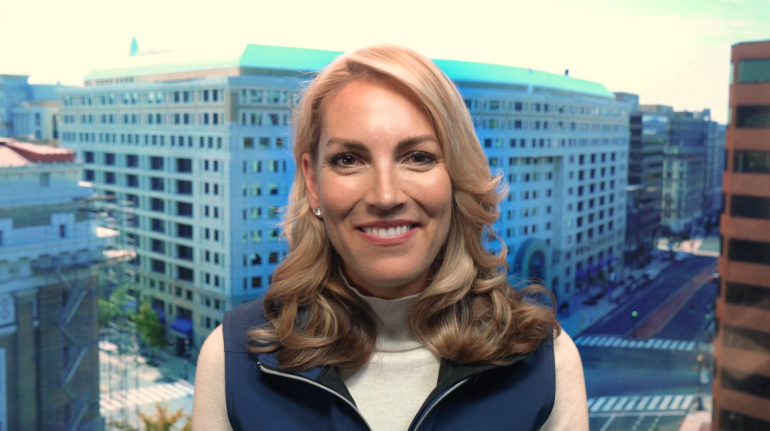 The Consumer Bankers Association (CBA) Board of Directors welcomed Lindsey Johnson, who officially begins her tenure today as the trade association’s new President and CEO.

Chairman of the CBA Board of Directors, Michelle Lee of Wells Fargo, who led the Search Committee for CBA’s President and CEO, said:

“This is an exciting day for CBA as Lindsey Johnson officially begins her new role as President & CEO. For more than a century, this organization has served as a valued resource and a fierce advocate for America's leading banks and the millions of consumers we serve.

“With a depth of experience in financial services and proven record of delivering meaningful results for a wide array of stakeholders, Lindsey is just the leader we need to navigate the many new challenges and opportunities facing our industry today.”

“On behalf of the entire CBA Board, I am thrilled to welcome Lindsey to CBA, and I look forward to watching her guide this organization from a position of strength for years to come.”

In her first letter as President and CEO to the CBA membership, Johnson this morning wrote:

“I have long known CBA as the leading voice of America’s retail banks in Washington, D.C., and I am delighted to lead such a remarkable organization. Together with the tremendous CBA team, we will work to ensure our members can continue to meet the financing needs of hardworking families and small business in every community your banks serve.”

Acknowledging the challenges and opportunities facing the industry, Johnson continued:

“There still is significant work to be done to ensure policies affecting CBA’s members are not driven by ideology or political agendas, but instead shaped by facts and reality and set only after significant dialogue and industry engagement. Fortunately, CBA has never shied away from these challenges.”

Recognizing the indelible work of the CBA Board, the CBA Team, and the CBA Membership, Johnson added:

“Thank you to our Board for entrusting me with this position at a pivotal moment for the industry. Thank you, as well, to Richard Hunt and the entire CBA team, whose input and guidance throughout this transition has been invaluable. Most importantly, I’m grateful for each of YOU, our members. Together, I know we can help drive the industry forward and take CBA to new heights.”

Johnson succeeds Richard Hunt, who served as CBA President and CEO since 2009. To help ensure a seamless transition, Hunt will continue to serve as a senior advisor to Johnson until August 31, 2022.

Prior to joining CBA, Johnson served as President of U.S. Mortgage Insurers, where she worked with member companies to advance the value of private mortgage insurance to borrowers and taxpayers.

Johnson previously held previous positions at PwC, as well as in the U.S. Senate, where she served as the Republican Staff Director for the Senate Banking Committee’s National Security and International Trade and Finance (NSITF) Subcommittee, as well as a Senior Policy Advisor to Senator Mark Kirk (R-Illinois).

Johnson also was Director for the Federal Home Loan Bank of Atlanta for seven years, representing the Bank in D.C. at the highest levels of government during several key legislative reforms that impacted the Bank including the Housing and Economic Recovery Act of 2008 and Dodd-Frank Act.