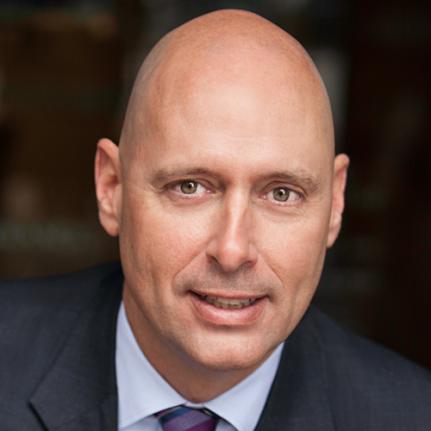 Consumer Bankers Association (CBA) President and CEO Richard Hunt today, during the November meeting of the CBA Board of Directors, announced his plan to depart after more than a dozen years leading the organization. Hunt will continue to serve as President and CEO until the summer of 2022 and will assist the CBA Search Committee in identifying a successor.

“It has been an honor and a privilege to serve the Consumer Bankers Association over the last 13 years. I have loved every minute I have been a part of the CBA family, without whom so much of this organization’s success would not be possible,” Hunt said. “I am grateful to our Board of Directors, our Committee Members, our faculty and our dedicated and talented team for their continued faith in me, especially in times of great crisis and uncertainty. Working together, I am proud of everything we have accomplished, not just for the industry, but also for the millions of families and small businesses we serve.

“When the Board of Directors entrusted me with leading this organization in 2009, I set a goal of serving for ten years and doing everything possible during that time to support our members, advocate for sound banking policy, champion the consumer benefits of retail banking and drive our industry forward,” Hunt added. “It’s hard to leave something you love – which is why I stayed a little longer than I expected – but now it’s time for a new leader to take the helm.

“I especially want to thank our Administrative Committee of the Board of Directors for their guidance and support throughout this process. Over the next several months, I will continue to serve as President and CEO and support the CBA Search Committee in identifying a successor.  For more than a century, CBA has been the leading voice of America’s retail banks, and I am committed to ensuring CBA continues to serve that role for another 100 years.”

“With deep gratitude and a heavy heart, we thank Richard for his years of service and for working with us to ensure a smooth and seamless transition,” Michelle Lee, Consumer Bankers Association Board Chair and Regional Banking Executive, Branch Banking at Wells Fargo, said.

“Richard has never been one to shy away from a challenge. Time and again he has risen to the occasion, working tirelessly with his team to remind policymakers in Washington and Americans across the country that at the core of everything we do, we’re here to help people and to finance the American Dream,” Lee continued. “From investing in our future leaders and ensuring a robust pipeline of talent, to creating opportunities to network and collaborate across the industry, to advocating for smart policy solutions – many times in the face of strong political headwinds – Richard’s leadership at CBA has been invaluable, not only to the growth of this important organization but to the ability of our industry to continue meeting and exceeding the needs of our customers and our communities. There is no doubt Richard will be sorely missed at CBA, and I am confident his legacy will live on for decades to come.”

An ardent champion of the banking industry, Hunt was appointed as the CBA President and CEO on June 1, 2009, just months after the 2008 financial crisis. Since then, Hunt has helped the industry navigate significant challenges – from the creation of an entirely new regulatory agency to the constantly evolving financial services marketplace – and most recently helped drive the industry’s response to the public health and economic crises caused by the COVID-19 pandemic, during which time he worked day and night with CBA member banks to support the American people through one of the most uncertain periods in our nation’s history.

As a part of that effort, CBA successfully led a coalition of more than 100 associations representing businesses, non-profits and lenders in calling on Congress to streamline PPP forgiveness to help the smallest businesses receiving PPP loans. This resulted in legislation simplifying the forgiveness process for loans less than $150,000, amounting in the equivalent of $7 billion of additional small business relief.

Shaping and Navigating a Changing Industry

Hunt has led CBA and its members through an unprecedented regulatory environment and an era of technological transformation for the industry. Early in his tenure as CBA President and CEO, in 2010, Hunt led the organization when the pivotal legislation creating the Consumer Financial Protection Bureau – The Dodd-Frank Wall Street Reform and Consumer Protection Act – was enacted into law, creating an opportunity to establish CBA as the go-to resource for the industry on “all-things CFPB.”

As the retail banking industry continues to evolve, Hunt has become a leading voice on how traditional banks can meaningfully adapt in new, competitive arenas, as well as how policymakers can continue to strengthen America’s well-regulated and well-supervised banking system to better serve consumers.

Named one of CEO Update’s “Top CEOs” for his work to spur membership growth and strengthen the organization’s lobbying efforts, Hunt more recently has been recognized as one of the most influential advocates for the banking industry by The Hill and the Washingtonian Magazine.

Through an overhaul of CBA’s mission and focus, Hunt has tripled the organization’s annual revenue, increased membership, realigned and revitalized CBA’s committee structure to tackle the industry’s most important issues, established CBA LIVE – the industry’s “must-attend” annual conference bringing bankers from across the country – and revamped CBA’s educational programs to prepare the next generation of diverse bankers to lead the industry.

Prior to joining CBA, Hunt served as senior vice president of federal policy for the Securities Industry and Financial Markets Association (SIFMA) and was also the senior managing director of the Securities Industry Association, which merged with the Bond Market Association in 2006 to form SIFMA. A native Louisianan, Hunt started his career in the nation’s capital working for Congressman Jim McCrery (R-LA), first as a driver and district representative and later as chief of staff.