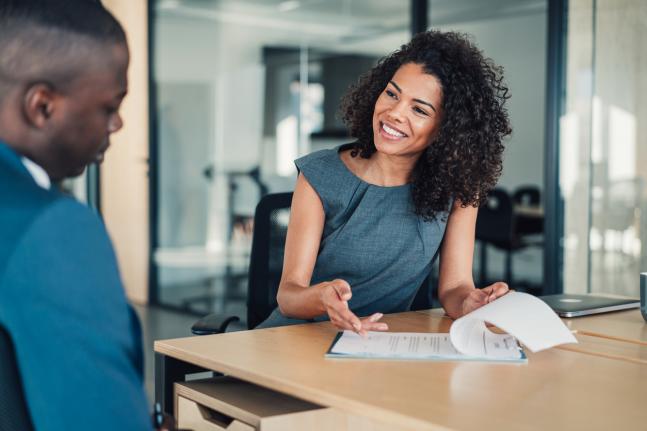 Next week, the Consumer Financial Protection Bureau (CFPB) will receive input from stakeholders on the Bureau’s outline of proposals to implement Section 1033 of the Dodd-Frank Act. Once finalized, the regulation will have wide-ranging implications for the safety and security of consumers’ personal financial data. Here’s what’s happening, why it matters, and what policymakers must consider to get it right on behalf of the millions of Americans they serve.

Section 1033 of the Dodd Frank Act mandates consumers have the ability to access personal information held by their financial services provider. Last year, more than a decade after that legislation was first enacted, the CFPB initiated a formal rulemaking process to implement Section 1033. In October, the Bureau released a Small Business Regulatory Enforcement Fairness Act (SBREFA) outline – providing key insights into what a proposed rule may look like including proposals for how both consumers and third parties, which are predominantly non-banks and data aggregators, can access personal financial information.

The financial services ecosystem continues to rapidly evolve, highlighted by the growth of large fintechs and other non-bank providers that now offer many of the same products and services as traditional banks. According to the New York Federal Reserve, these firms now issue nearly three-quarters of all personal loans – double their share from just five years ago and pushing balances to all-time highs. Unlike well-regulated financial institutions, non-banks and third-party aggregators do not have the same stringent federal oversight standards as banks, potentially putting the safety of consumers and the security of the sensitive financial data at risk.

Here are the facts:

In light of the growth and behavior of non-bank providers, the importance of delivering a final Section 1033 rule that promotes a safe, fair, and competitive marketplace could not be greater.

What CBA Is Saying

While well-intentioned, some of the proposals included in the Bureau’s SBREFA outline stand to undermine competition, innovation, and consumer protection. Here’s where the Bureau is missing the mark:

Limited Scope: Instead of applying new data-sharing requirements equally to all financial services providers, the Bureau signaled intent to apply the rule only to deposit institutions like banks and credit card companies.

Accessible Information: Under these proposals, the Bureau would obligate banks to allow third parties to access an extensive amount of sensitive information about their customers, even though it is unclear how some of that information is related to their financial accounts.

Anti-Competitive: Rather than use this rulemaking as an opportunity to provide durable data-sharing standards equally, CFPB Director Rohit Chopra has stated this rule is intended to “empower people to break up with banks that provide bad service and unleash more market competition.”

Banks fully support the intent of Section 1033 and remain committed to ensuring every consumer – regardless of where they go to meet their needs – has access to their personal financial data and knowledge of how it may be used. As such, CBA will continue to advocate for the final rule to reflect the following principles: