ICYMI – CBA’s Hunt: “Lack Of Transparency Among Leading Regulators Threatens The Very People They Are Tasked With Serving” 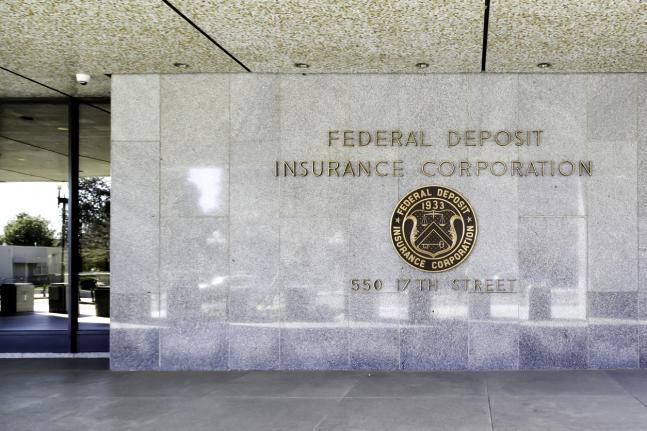 In a new op-ed appearing tonight in The Hill ahead of the scheduled open meeting at the FDIC tomorrow, Consumer Bankers Association (CBA) President & CEO Richard Hunt explains why recent actions by Board Members at the FDIC, an agency which has operated openly and publicly for nearly 90 years, are so disconcerting not just for banks, but for the country at large. To read the full op-ed click HERE or read below

When the Federal Deposit Insurance Corporation (FDIC) was established after the Great Depression to maintain stability and instill public confidence in our nation’s banking system, President Franklin D. Roosevelt rightly believed providing transparency was critical to re-gaining the trust of the American people. That core belief is why the agency has operated openly and publicly for nearly 90 years, and why the actions of several FDIC Board members last week are so disconcerting.

Here’s what happened last week and why it matters. The FDIC’s independent Board of Directors is structured to give the party in power a majority of seats, so while Jelena McWilliams, a Republican, serves as chair, three Democrats, FDIC Board Member Martin Gruenberg, CFPB Director Rohit Chopra, and OCC Acting Comptroller Michael Hsu have the potential to determine the outcome of a vote.

Instead of voicing their views and taking action during an open meeting that had been scheduled for four days later, last Thursday evening, FDIC Board Member Gruenberg and CFPB Director Chopra posted a statement on the CFPB website indicating the FDIC’s Board voted to launch a public comment period on overhauling bank-merger regulations. Chairman McWilliams refuted the statement, contending the Board didn’t make that decision by holding a formal vote.

The two opposing statements were so unprecedented and unconventional for the FDIC, they immediately caught the attention of media outlets and industry insiders. The American Banker labeled it a “partisan battle.” Politico described it an “uprising” against the chair. And The Hill’s headline read, “Bank regulator erupts in partisan split as Democrats go rogue.” This hardly instills confidence.

Perhaps most troubling, OCC Acting Comptroller Hsu has not publicly indicated whether he joined Director Chopra and Board Member Gruenberg to approve the measure, leaving many with unanswered questions. The speculation has already caused chaos and consternation, calls many to question their confidence in our banking system, and could have been easily avoided with an open meeting and a public vote.

Nobody is arguing for total agreement. Of course, throughout the history of the FDIC, there have been significant policy disagreements, including periods of strong dissension and discord. But in this instance, it is not the policy differences that are concerning. It’s the process by which two members of the FDIC Board attempted to conduct official business in the dark, and without consultation from their fellow Board members, rather than a proposal, that should alarm all of us.

Tomorrow, the Board will convene for an open meeting where members of the Board can propose, debate, and vote on their ideas in a public forum for all to see. In keeping with long-standing precedent, Board Member Gruenberg and Director Chopra could have waited just four days to articulate and advance their request, as so many Board Members — in the majority and the minority — have done before them. Americans expect and deserve regulators to operate with transparency and instill certainty, especially for those tasked with overseeing financial institutions.

The implications of potentially unstable leadership at the FDIC and other prudential regulators are especially significant for an industry affecting nearly every American. Banks could be discouraged from opening new branches or expanding in currently underrepresented communities, including rural and lower income neighborhoods. They may become less inclined to develop new, innovative products to serve the evolving needs of consumers, as has been highlighted recently in the overdraft market.

Most importantly, a lack of transparency could prevent regulators from effectively delivering on their mandate to protect all consumers — more important now than ever as more Americans choose to bank with fintech’s and other companies operating outside the well-regulated, well-supervised banking system.

The nation’s leading banks and the agencies tasked with governing them have worked together to instill confidence and trust in our banking system for nearly a century. While there have always been substantive policy differences among agency leadership, this commitment has traditionally been upheld, regardless of which party sits in the White House.

I hope the series of events last week at the FDIC represent an anomaly, rather than a preview of how regulators aim to operate moving forward. The alternative, a lack of transparency — and the distrust and instability that stem from it — would not only be harmful to America’s banking system. It would be harmful to the hundreds of millions of families who depend on it.

Richard Hunt is the President and CEO of the Consumer Bankers Association, the only member-driven trade association focused exclusively on retail banking.