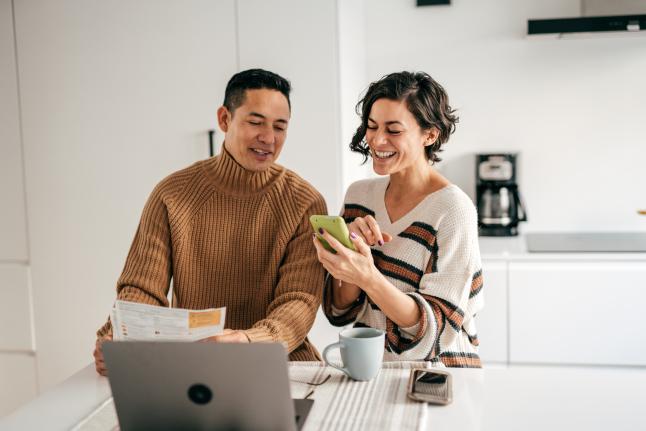 Over the past year, a growing share of America’s leading banks have unveiled innovative overdraft solutions, providing customers greater choice and flexibility to make informed personal financial decisions. In Washington, leading regulators, legislators, and academics from across the political spectrum have recognized the positive impact these changes have had in the lives of the people we are all working to serve.

“This is one of the beauties of a competitive market. When there is real competition […] people can benefit across the board.”

In a March 2021 op-ed appearing in American Banker, Acting Comptroller of the Currency, Michel Hsu, echoed a similar sentiment:

“Several U.S. banks […] have begun reforming their overdraft programs and making them more pro-consumer. This development holds the promise of relieving millions of deserving people from the high cost of making ends meet, while empowering them and improving their overall financial health.”

“In response to the uncertainty brought on our nation by the pandemic, many banks moved to waive fees charged to their customers. […] and I want to applaud those banks for making the right choice to help communities. […] Some of these same banks have now voluntarily made these changes permanent. And every month, to their credit, we hear of more following their peers in doing the same.”

During the hearing, Senator Thom Tillis (R-NC) recognized many banks have developed overdraft innovations on their own accord, without government intervention:

“The American financial services system continues to provide unprecedented levels of consumer choice, and they are increasing every day. Some financial institutions have moved to eliminate overdraft fees. Others have drastically reduced fees associated with utilizing the service or increased overdraft coverage. What is abundantly clear across the board is that these institutions have taken these actions without the need for overarching or burdensome government regulation.”

Aaron Klein, Senior Fellow in Economic Studies at the Brookings Institution, also testified at the hearing and reiterated the sentiment expressed earlier from Senator Tillis:

“Many banks have announced sweeping changes to their overdraft policies. By my calculations, changes in policies announced by 14 banks, including most of the largest, will amount to $5 billion a year in savings for families living paycheck to paycheck. […] Industry made sweeping changes without any new legislation or new regulation […] and I commend these banks for their actions.”

While testifying at last week’s Senate Banking Subcommittee hearing and in written testimonysubmitted for the record, CBA’s General Counsel David Pommerehn outlined key priorities for policymakers as they consider future action related to overdraft, including:

DIVE DEEPER: Last month, CBA released a new video and sent a letter to Congress, highlighting the bank-led overdraft innovations designed to meet evolving demand and cautioned against restricting a product millions of consumers knowingly use and value in times of need.